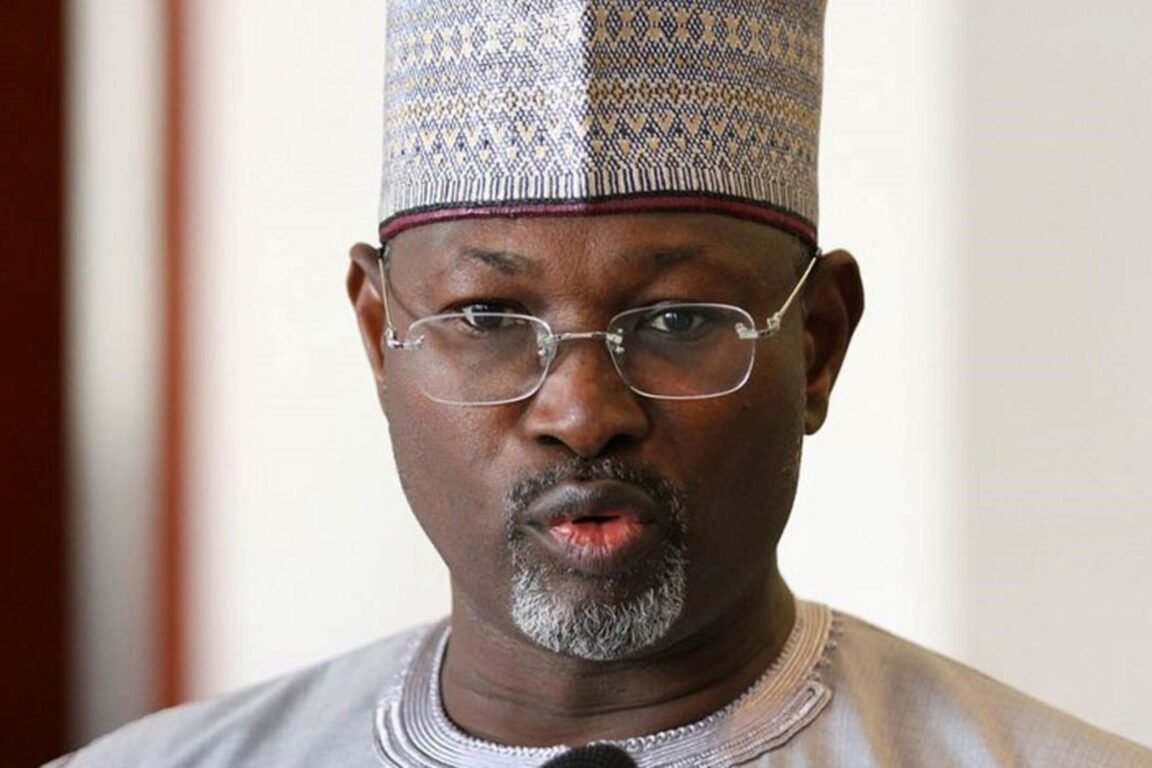 The former Chairman of the Independent National Electoral Commission (INEC), Professor Attahiru Jega, got himself in soup last week.

His offence was saying it is futile to compare Nigeria’s two main political parties – the All Progressives Congress and the People’s Democratic Party (PDP).

Without mincing his words, he said there’s nothing to compare and nothing to choose from and that both were the refuge of scoundrels.

That comment has earned him a beating to hell and back at the hands of members of both parties.

It’s not new that political parties have rotten roots, but they evolve.

America’s founding fathers despised partisan politics so deeply that George Washington was not a member of any political party throughout his eight-year tenure as president.

When they finally decided to form parties, they were polarised over race, war, reconstruction and even the nature and role of central banking, bringing to pass their own worst fears about partisanship.

But it helped a lot that the politicians of that era painstakingly wrote down what they wanted to do and passionately debated how.

They had a compass as the parties evolved.

In our own case, however, politicians are desperate for power grab first before thinking about what to do with it.

We appear to have settled for a pattern of one step forward, two backwards.

Anyone who has any doubt only needs to look at the record of the two main parties in office – the first 16 years of the PDP at the centre or the six years of the APC so far.

That we’re living in a broken country today is largely a legacy of the main parties.

That was all Jega said that got him into trouble.

But the parties, far gone in their conceit and game of Ostrich, will not see the point.

Instead, they have responded by abusing Jega.

They have accused him of joining a “mushroom” party and declaring his remark as “unpardonable”, as if he just took the wives of their party leaders.

While the APC rejects resembling the PDP even remotely, the PDP says it would rather disband than stand being compared with the ruling APC.

A top member of the PDP and former governor of Jigawa State, Sule Lamido, took the matter further in an interview over the weekend.

He said the APC was founded on lies and blackmail and won’t go beyond 2023, adding that the party had “brainwashed Nigerians to believe that everything evil is caused by PDP.”

If the APC would go into extinction in two years’ time, it would not be because Lamido said so.

Or because the PDP is qualified to perform the funeral rites.

The APC isn’t a party, but a makeshift vehicle fabricated to knock President Goodluck Jonathan from power in 2015

It would be because for the last six years, the ruling party has carefully dug its own grave, prepared the gravestone and given the shovel to those who will seal its fate.

The APC is its own worst enemy.

It won’t be long before all the pretence will disappear, leaving the party with only its jaded, opportunistic soul.

The APC isn’t a party, but a makeshift vehicle fabricated to knock President Goodluck Jonathan from power in 2015.

Its inherent contradictions became manifest afterwards when a civil war broke out among its factions, comprising nPDP, ACN, CPC, APGA and ANPP.

In an act of extreme desperation, Bukola Saraki had to make an adulterous deal with PDP to emerge Senate president.

With nPDP barons frustrated out (except Rotimi Amaechi who has since become a General without troops in Rivers State) the remnants of CPC and ACN are now locked in a fratricide over the control of the party.

This is in spite of a foundational pact in 2014 that whereas CPC would produce the president, ACN would control the party.

But like most promises made in the heat of the moment, this one was inseminated with the seed of its own failure.

The winner kept the spoils, all of it.

The palace coup against former party Chairman Adams Oshiomhole last year was masterminded by CPC foxes who imposed one of their own as caretaker.

The party has not held a formal meeting in months, and all decisions are taken ad hoc in a coven called Aso Rock.

There is no Board of Trustees, no governance structure, no substantive officers, no programme, nothing.

It’s like a house without a roof or windows, a tent without pegs or pillars.

It has drawn three governors into its fold in the last one year or so, not because it offers anything materially different from the other finger of the leprous hand, but because it is the most secure sanctuary for fugitives from public accountability.

And of course, there’s the promise that on election night two years from now when votes would have been written, since APC gods forbid electronic transmission of results, candidates on the platform of the ruling party can depend on the security forces to help them deliver results by hand.

The APC maintains an appearance of a party.

But it is a party only in name.

A faction of it, in alliance with influential forces in the Presidency, who are not even party members, have crushed other legacy parties, triumphing over them and holding the country hostage.

On top of the corruption and lawlessness prevalent during the 16-year reign of the PDP at the centre, the party also holds the record of the worst random murders, including the specific, targeted killings of both opposition and its own party members, who were either slightly out of line, or who seemed to have a bright future

But the long knives are out and the fight back promises to be nasty.

We’re already seeing signs of that with the parallel APC congresses and the mutiny against the Governor Mai Mala Buni’s interim leadership of the party.

Yet, the PDP is not a haven, regardless of the bad things that Lamido has to say about the ruling party.

In fact, the PDP is all the bad things that anyone can justifiably say about APC, except that it’s a worse version of it.

On top of the corruption and lawlessness prevalent during the 16-year reign of the PDP at the centre, the party also holds the record of the worst random murders, including the specific, targeted killings of both opposition and its own party members, who were either slightly out of line, or who seemed to have a bright future.

The murders of Bola Ige, Marshall Harry, Aminasoari Dikibo, Barnabas Igwe and his wife, and Ahmed Pategi, on the watch of PDP government, are among the 51 high profile murders comprehensively compiled by Lauretta Onochie three years ago.

If APC was founded on lies and blackmail, which the party can hardly deny with a straight face, PDP was founded on and has thrived on something more sinister: lies, blackmail and blood. It is a legacy that continues to haunt it to this day.

When Jega said the two main parties are hopeless, he was not telling voters anything new.

He was only repeating what they couldn’t forget.

With less than two years to the next general elections, however, he was also reminding voters of a future they are condemned to face again.

Before the conventions of the two parties are over, angry losers from both parties will align and form a third force but the crooked nature of our politics and the sheer enormity of the cost of being on the ballot on the eve of a general poll will ensure that they won’t get far

I say “condemned” because apart from calling out the main political parties, idealists like Jega have yet to say how voters can overthrow the existing parties.

The current mutiny in the APC and PDP does not mean that either one is about to become extinct.

Since 1999, we have seen this blood sport every four years and somehow mainstream politicians still manage to reinvent their baggage and retain power.

Any hope that the system would change in two years is a pipe dream.

Before the conventions of the two parties are over, angry losers from both parties will align and form a third force but the crooked nature of our politics and the sheer enormity of the cost of being on the ballot on the eve of a general poll will ensure that they won’t get far.

Jega is right that the two main parties are useless.

The only challenge is that it will take more than just talking about it on the eve of the next election cycle to build an alternative vehicle.