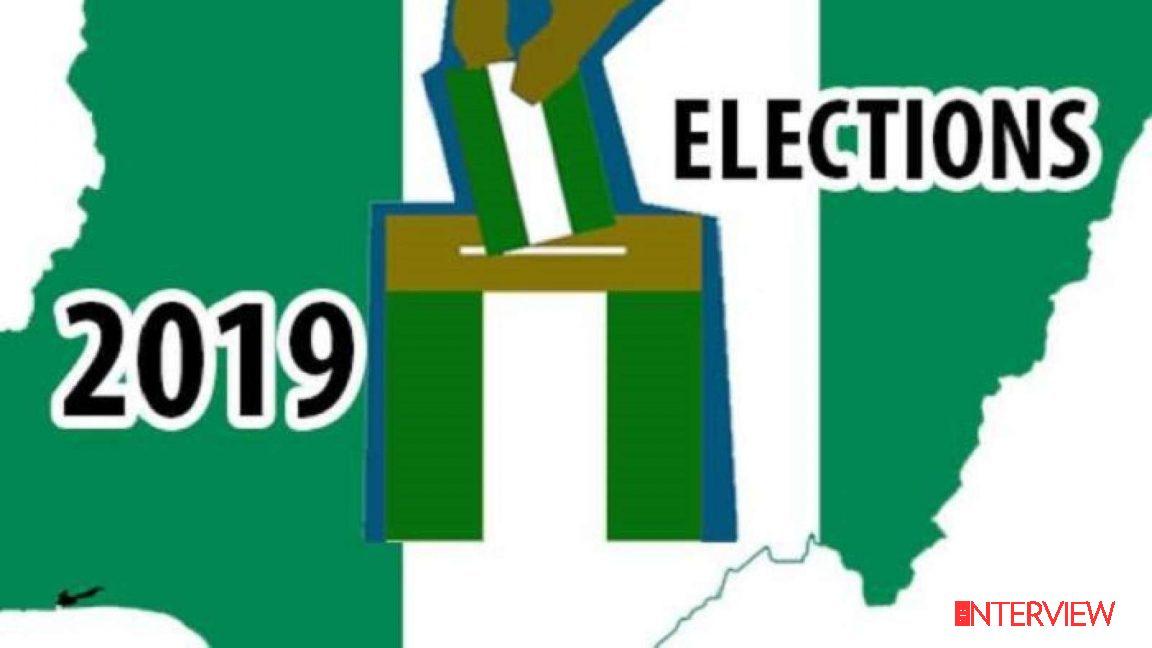 The United States government had in February said it would consider placing visa restrictions on individuals who undermine the process or are involved in organising electoral violence in Nigeria / Photo credit: duisaf.com
50
SHARES
ShareTweetShare
ShareRepostPinterest

I woke up several times peeping for the first sign of dawn before my phone finally rang at ten-past-six. A family friend who suspected we would be voting at the same place wanted to know if I was already at the booth because she couldn’t find it.

I missed her call. When I called back about 15 minutes later, she had found the polling booth and was number 96. This was at six-thirty when the orange shafts of the sun’s ray were just piercing the grey morning sky.

I asked what it was like at the polling centre. She responded that the centre, Kado Bimko Primary School, Gwarinpa, Abuja, was already filling up. Voters had appointed an unofficial numerator to assign numbers to the early birds to avoid a rush.

When I arrived at the centre shortly afterwards, I was 142 on the list, and voters kept coming. There were no officials yet, so my luminous green vest with the “Media” tag made me look like one.

For this particular voting centre, the geolocator: www.pollstats.org.ng, which was widely shared on social media, was no use. It had indicated that my location was “not available on GPS”.

It was already seven-thirty and the rising fury of the sun seemed to be telling the day’s weather that it would not tolerate the remaining vestiges of the grey sky. It was not only going to be a long day, it would also be a very hot one, too.

I saw three nursing mothers jostling for information in the burning heat of the sun with their babies strapped to their backs, and crotchet shawls draped over them.

But there were still no officials of the Independent National Electoral Commission (INEC) in sight. I had been assured by a few people who had voted here before that I was in the right place – and I had also extended the same assurance to others. But I was not sure.

I called an INEC official and gave her the last three digits of the code number on my voter card. She responded that I was probably in the wrong place and promised to check and call me back. This was minutes before the polls were due to open.

Just as I was contemplating the twenty-minute trek to the next polling station with the heat climbing steadily, three buses carrying corps members (corpers) wearing INEC vests, arrived.

As soon as the corpers alighted, looking nervously at the crowd, most people armed with the small pieces of papers on which they had been assigned numbers and their voter cards formed a semicircle around the buses.

It was now past eight, the official opening time. Within fifteen to twenty minutes of their arrival, the corpers, about 25 or so in all, set up seven polling points and stacked here and there voting materials comprising wads of ballot papers, result sheets, and stacks of ink pads, liquid gums, highlighters and stamps.

They had to improvise chairs and tables in addition to what some residents provided, because the classrooms were padlocked even though the school’s entire wire mesh fence had collapsed and what was left of the shabby school walls was covered in red dust.

Things finally got underway around nine-thirty, but just as we were thinking that the worst was over, loud protest noises broke out from one of the lines. What was the matter? The smart card reader was not working and several attempts to get it started had failed

It was now almost nine o’clock and the number of potential voters milling about like sheep without shepherd was well beyond 500. It was a mixed crowd.

The young – those between 18 and 35 and the largest demographic in the current dispensation – were more in number, with males appearing to be slightly more than females.

But older people of both sexes, and even the elderly and a few physically challenged persons, were there, too.

I saw three nursing mothers jostling for information in the burning heat of the sun with their babies strapped to their backs, and crotchet shawls draped over them.

As increasingly restless voters massed around the corpers, the presiding officer (also a corper) stepped forward to address the crowd. By this time, the number had nearly doubled.

She went over the dos and don’ts, intermittently disrupted by young hecklers who mimicked her soft, barely audible voice, much to the annoyance of the older folks in the crowd.

The vote-counting threw up other issues I’m not sure were satisfactorily resolved at my centre. For example, does thumb-printing twice inside the same box for the same party amount to “double-voting?” Does any smudge on the ballot paper outside the thumb-printed box, however slight, invalidate the vote? How far over the line must the ink go to invalidate the ballot?

And then, the mood changed. A collective roar of displeasure erupted when the presiding officer announced that the numbers we had improvised since morning won’t be used for voting.

She pointed to a far side of the school wall where some corpers were already pasting copies of the voter roll and said we had to go and check first and then line up in alphabetical order, depending on where our names appeared.

We protested, but just as some were huffing and puffing, others slipped away to line up behind the booths, forcing the remaining mass to scramble into line. That still wasn’t much good.

The corpers looked confused and overwhelmed. At this point, I broke ranks and a middle-aged fellow joined me. We appealed for calm and extracted just enough respite before the corpers started writing the alphabet range on the walls facing each voting point, making it easier for voters to find their queue.

Things finally got underway around nine-thirty, but just as we were thinking that the worst was over, loud protest noises broke out from one of the lines. What was the matter? The smart card reader was not working and several attempts to get it started had failed.

The crowd cried foul! Some blamed the corpers for being too slow. Some blamed INEC for not training the corpers well. Others blamed Buhari’s APC government for “buying China-made card readers.”

By the time the votes were counted, compiled and pasted at the centre – which was about nine-thirty at night – I wasn’t surprised at the result. But I was sure my vote counted. And that was enough

Meanwhile a small group was debating: when is accreditation valid? Is it when after the card reader identifies the card holder but fails to complete the process? At exactly what point can the verifying officer use the manual register?

After about forty-five minutes, an INEC technical officer surfaced, and after several attempts, fixed the card reader. Determined not to take any chances, however, the crowd warned that the technician would not leave until the accreditation had gone far.

After voting, I toured 12 other centres in different parts of Abuja. At the Government Secondary School, Life Camp, the lines were like those of soldiers on a parade.

Voters were strikingly orderly, relaxed and organised. Those at the Jabi Primary School found a way to tackle the noonday heat. They rented chairs and canopies and conducted themselves as if they were at a town union meeting.

It was a complete contrast to the picture at the Federal Medical Centre (Setraco Gate), Gwarinpa and the centre at the market near FCMB, Jabi, where hundreds of voters burning with frustration under the blazing heat of the sun threatened to disrupt the vote many times.

A weary police officer at the latter centre told me of how he had tried in vain to get the voters to stay in line.

He said tension flared when the INEC officials said they would stop accreditation at 2pm even though they did not open on time.

By the time voters received assurances of an extension, no one was prepared to believe the officials anymore. The frustrated policeman watched helplessly as chaos threatened to become mayhem.

Back at my centre, kind-spirited voters had bought drinks and refreshments for the corpers and scores of the voters who insisted they would not leave until the votes were counted, stayed behind in a near-carnival atmosphere.

At about five o’clock in the evening when the defiant sun was still looking as if it would not retire, a young lady showed up.

She approached a corper and told him she had been referred to the centre from Setraco Gate after she spent the whole day there standing in line.

“Let me make this clear,” she seethed, wagging a finger at the corper’s face, “I’m going to vote today. I don’t care what you people do, I’m not going home without voting! Better accredit me now!”

A considerable number of ballots were invalidated at the behest of the crowd. I thought that given our rather difficult circumstances, that was harsh

By this time, the other corpers were crossing out unused ballots in the booklets. Not only was accreditation over; voting was done.

The more the corper tried to explain that it was late, the more agitated the young lady became. I stepped in, and with some effort and plenty of luck, managed to get her attention.

She listened, but I’m not sure she heard. As she walked away angrily, I was almost certain that the vote deferred may not be cast again anytime soon.

The vote-counting threw up other issues I’m not sure were satisfactorily resolved at my centre. For example, does thumb-printing twice inside the same box for the same party amount to “double-voting?”

In judging each ballot, voters in my polling centre overwhelmed the agents and the electoral officers. They applied a standard of proof akin to the football equivalent of the VAR goal-line technology.

A considerable number of ballots were invalidated at the behest of the crowd. I thought that given our rather difficult circumstances, that was harsh.

By the time the votes were counted, compiled and pasted at the centre – which was about nine-thirty at night – I wasn’t surprised at the result. But I was sure my vote counted. And that was enough.