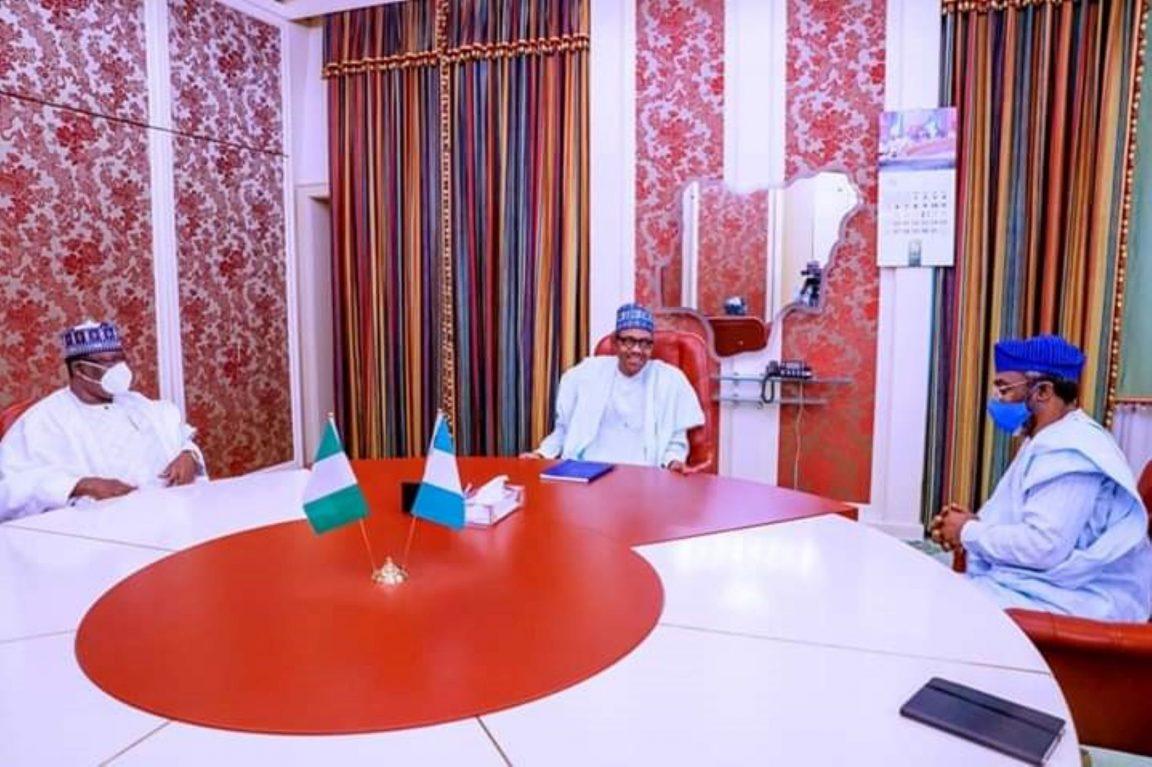 Members of the National Assembly always seem to be at war with one head of a federal agency or another.

The face-off usually starts with a threat of a public probe by the lawmakers and sometimes end with both parties accusing each other of corruption.

When Maryam Uwais was in charge of the Social Investment Programmes of the federal government, she got her fair share of accusations from lawmakers over her handling of cash tranfers to the poor.

In her own case, the bone of contention was the Social Register, which determines those that qualify for the cash transfers.

From the public position taken by Uwais, to qualify for the transfers, you just had to be identified by your own community as being among the poorest of the poor.

Members of the National Assembly reportedly had other ideas about programmes that have seen trillions of naira in budgetary allocations and at least N600bn poured into them.

For the lawmakers, these are mouthwatering figures.

They reportedly wanted a say in who gets to qualify as beneficiaries of the transfers.

Uwais translated the demands as an attempt to turn the poverty alleviation programme to political settlements.

But before there could be any walkout by Uwais on the lawmakers, the programmes under her supervision were transferred to the newly created Ministry of Humanitarian Affairs and Disaster Management.

Last month, the Lebanese ambassador to Nigeria, Houssam Diab was supposed to have appeared in front of the House of Representatives’ Committee on Diaspora Affairs over the treatment of Nigerians in Lebanon.

Apparently, when the ambassador realised he wouldn’t be meeting the lawmakers in a closed setting and was probably going to be made a public spectacle, he simply walked out on them.

Lebanon is already a country in turmoil.

Its government has been crippled by internal wrangling and US sanction on a neighbouring state that is also grinding the Lebanese economy to a standstill.

The last thing Diab would want was more diplomatic flare up in a different part of the world.

Yet, by any measure, what he did was an act of disrespect to the National Assembly.

And amazingly, no one lifted a finger in protest either from the office of the Speaker of the House of Representative or even the Ministry of Foreign Affairs.

It turned out the ambassador was right, no one needs to take the National Assembly seriously.

Just one week earlier, a Nigerian minister had also walked out on the lawmakers and nothing happened.

But now, getting to walk out on lawmakers appears to be trending.

On paper, plans by the federal government to employ 774,000 Nigerians in all the local governments of the country is better suited for the political needs of the lawmakers.

The plans offer better opportunities than the Social Investment Programmes where political affiliation of the beneficiaries were not put into consideration.

With the quarter of a million Nigerians to be employed for three months, N52bn is at stake and there are no stringent conditions and watchful eyes of international institutions.

In essence, lawmakers should be able to take charge in their individual local governments and reap unimaginable political benefits.

Not so simple, Festus Keyamo, the Minister of State for Labour and Productivity got in their way, accusing them of trying to hijack the entire process in spite of sacrificing 15 per cent of the job slots to them. Attempts to sort out the differences led to a shouting match between the minister and members of the Joint Committee on Labour.

In the end, Keyamo walked out on the lawmakers.

Or was it the lawmakers that walked Keyamo out of their meeting?

Either way, it speaks volumes of the diminished role of the National Assembly in the 21-year-old democratic journey.

The lawmakers are not blameless.

Over and over again, they have been accused of fighting for themselves, their political or economic gain rather than for the welfare of the people.

They embark of endless probes, most of which never see the light of day.

Investigations by the National Assembly should be a serious matter, which should even be career threatening and possible criminal indictment.

In Nigeria, an investigation or the threat of a probe by the National Assembly has become banal; a means for lawmakers to get their way with heads of federal agencies.
It is not much, but every now and then, some of these agencies have pushed backed and the results have been counter accusations and walk-outs.

Lawmakers could hold some of these office holders in contempt.

But the truth is that Senators and House members have used up all their arsenal.

All that is left is to complain to President Buhari that office holders are disrespecting the National Assembly.

The reality is that the president cannot help them.

They need to help themselves, to be more upright and stop extorting federal agencies for personal gain.

Of all the walk-outs, the most consequential one may have been by Prof. Kemebradikumo Pondei, the Managing Director of the Niger Delta Development Commission.

The probe into the mismanagement of some N40bn by the commission has been overshadowed first by the public fight between the Minister of the Niger Delta, Godswill Akpbio and the sacked acting managing director of the Commission, Joi Nunieh.

And if they lack the courage to do either, they most likely will be remembered for nothing, except maybe, the two dozen more walkouts that are yet to come

Then by Pondie’s refusal to acknowledge the powers of the House Committee on Niger Delta to question him because he believes the chairman of the committee, Olubunmi Tunji-Ojo is corrupt and deeply involved in all that has gone wrong within the commission.

What recent events point to is the collapse of the NDDC and the reality that it is failed project.

The interim management committee that was set up was meant to clean out the rot in the commission or in the words of Donald Trump, drain the swamp.

Instead, they sunk themselves deeper into it.

But events at the Commission are once again exposing the dysfunction in the National Assembly, particularly how lawmakers go about their oversight responsibilities.
And because of the sectional nature of Nigerian politics. President Buhari may not be the right leader to rewrite the laws and scrap the NDDC, but he can instigate changes on how the lawmakers engage with MDAs in carrying out their responsibilities.

As things stand, Senate President Ahmed Lawan and the Speaker of the House of Representatives, Femi Gbajabiamila are already known to preside over a rubber stamp assembly.

They now have two choices before them, either take on the president in a political contest to distract from the failings of the National Assembly like their predecessors did or reform the institution they lead.

Looking within and embarking on reforms could cost Lawan and Gbajabiamila politically three years down the road, but it would serve Nigeria’s best interest.

And if they lack the courage to do either, they most likely will be remembered for nothing, except maybe, the two dozen more walkouts that are yet to come.