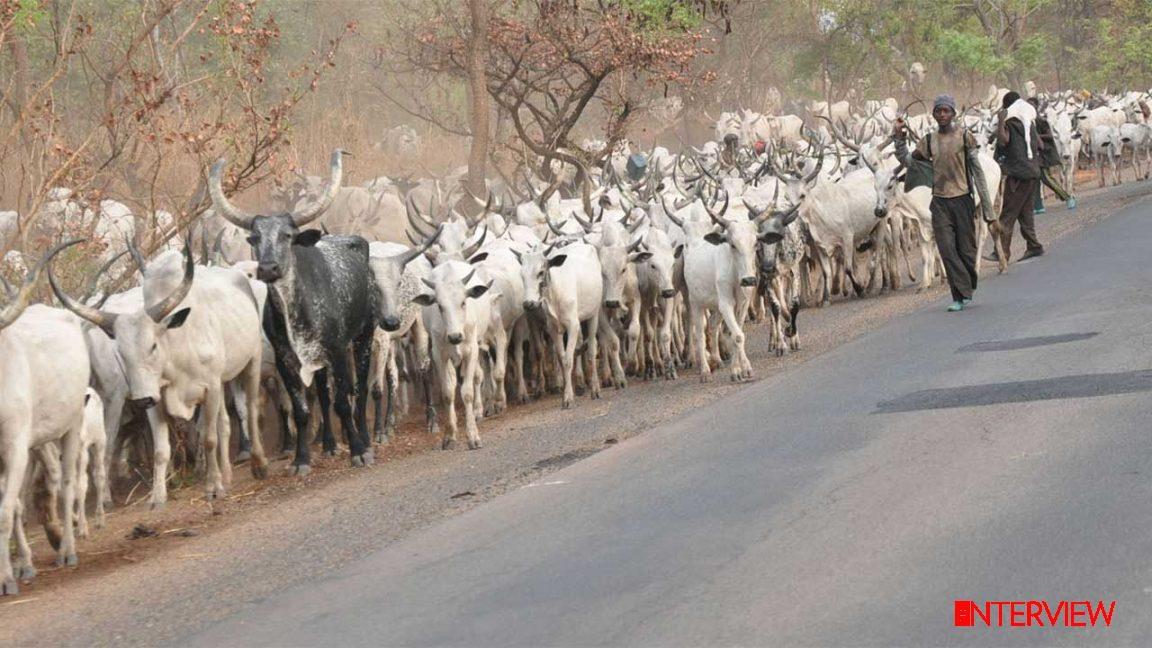 There have been countless stories of herders of the Fulani stock kidnapping, killing and raping women across the South western states of Nigeria/ Photo credit: guardian.ng
55
SHARES
ShareTweetShare
ShareRepostPinterest

A warning sign of an earthquake is widely believed to be dogs becoming restless.

According to a study, dog owners said they observed strange behaviours from their dogs before the earthquake, including howling, barking and escaping.

Nigerian citizens are exhibiting similar signs and, if care is not taken, a massive earthquake that will shatter the landscape is coming.

It seems all the news from Nigeria these days is all about Fulanis, herdsmen, cattle, farmers, natives, landowners and violence.

Every story has an underbelly of acrimony, interspersed with cries and counter-cries of oppression, domination, favoritism and resistance.

You also have this sense that there is a yearning for a responsive and engaging government that is yet lacking; and that the one that exists hides, emerging only when things get out of hands in short video clips or press releases.

There is a palpable feeling of regret that the national leadership is too partisan and irresponsive at a time of great national need and confusion.

You cannot but be left with the impression that Nigeria is a ship adrift at sea, heading towards the eye of a hurricane that may shatter it.

For the past few weeks, I have been reading the book, A Heritage of Faith by Ayodeji Abodunde, which traces the history of Christianity in Nigeria.

The groundbreaking work connects the dots between the end of slave trade, colonialism and religion as they converged in forming of a nation from nations around the Niger River.

True, the herdsmen have gone way beyond what should be permissible when they commit crime or recklessly overrun private property, but that happens only because the rule of law has failed

The book gives an incredible insight into the sacrifice of people from various national backgrounds, many dying young in their aspirations, as they weaved the largest nation of black people together.

They had different objectives, but were united in their passion for uplifting lives of the people around the Niger.

By 1960, former slaves, missionaries, colonialists and nationalists had turned around the fate of an animist, uneducated and primitive people.

Expectations were high for Nigeria.

Paying tribute at independence, the first Prime Minister, Tafawa Balewa, exuberantly stated: “We are called upon immediately to show that our claims to responsible government are well-founded, and having been accepted as an independent state, we must at once play an active part in maintaining the peace of the world and in preserving civilization. I promise you, we shall not fail for want of determination.”

Determined we may have been, but the promise is flailing.

All of the energetic dreams at independence have been in a gentle free fall, especially in the last few years of democratic rule.

I regret to admit: Nigeria displays all signs of an earthquake and failure.

And if it fails, it should be blamed on the lack of effort to see, react and respond an obvious crack.

Anyone who cannot see the cracks on the wall must not be looking or has turned a blind eye.

Nigeria is only working for a few citizens. The pursuit of happiness is discriminatory.

Nigerians have more opportunities in foreign nations than in their homeland.

The greatest number of our people are living in complete hopelessness and are have lost the sense of patriotism.

Many citizens are paying more attention to divisive ideas.

While the Fulani herdsmen issue is the obvious symptom of the failure of public policy and administration, it is not the root cause.

It seems all the news from Nigeria these days is all about Fulanis, herdsmen, cattle, farmers, natives, landowners and violence

The problem is that ours is no longer a nation of laws.

True, the herdsmen have gone way beyond what should be permissible when they commit crime or recklessly overrun private property, but that happens only because the rule of law has failed.

The government treats public affairs and decent behaviour with such impunity that no one should be surprised by the acts of the herdsmen, who arm themselves with sophisticated weapons that they should never have had access to if we were a nation of laws.

How did thousands or hundreds of thousands of herdsmen gain access to AK-47 class rifles, expect there is a breakdown of the rule of law?

The Bauchi State Governor, Mr. Bala Mohammed, had the audacity to defend the illegal acquisition of weapons by herdsmen, although he shamelessly sought to retract words already consumed in the public space.

When a governor defends criminality, you must ask if Nigeria has not failed already.

The law has broken down at all levels in Nigeria.

We have built a class of privileged people who are above the law.

No one is fooled into believing that there is justice, except that which exists for the rich, connected and powerful?

Politicians use thugs to enforce their own laws before they use the police and the military to rig elections.

And when all else has failed, they go to the courts, where they can bribe the judges, simply because they know they can buy justice.

It is the lack of justice and the disregard for the law that is causing some citizens to take the law into their hands.

It is the factor that has given power to the man with the AK-47.

Where there is no trust in the law, anarchy must reign.

The lawlessness in the country is actively encouraged by the powerful and the mighty, as demonstrated by the Bauchi State Governor.

It is such lawlessness that may become Nigeria’s Achilles heels.

The Fulani herdsmen issue would never have existed if there was competence in leadership, for why would cows be roaming our streets in this day and age?

A great nation, slowly but surely in the forming, beaming with a young, educated and talented population, which could potentially compete in the global economy and bring prosperity and happiness to the largest concentration of the black race, is facing an implosion.

That nation of promise, which the founding fathers imagined would lead Africa, may end up breaking into tiny little pieces competing for global economic crumbs.

Many of our young people are running away with the impression that it is better to break Nigeria than save her.

The way the nation is being run can only lead to ruin.

Dr. Patrick Wilmot, the Jamaica scholar, who taught for many years at the Ahmadu Bello University, Zaria, before being deported by the military dictatorship, provided a snapshot of why Nigeria is stunted, lamenting: “Wherever you go, you find talented Nigerians. When you come to Nigeria, you will discover that their leaders are dunces and incompetent, and they are thieves.”

The Fulani herdsmen issue would never have existed if there was competence in leadership, for why would cows be roaming our streets in this day and age?

Except we figure out a way to deal with incompetent leadership, injustice, corruption and disrespect for the law, Nigeria can never be expected to be great.

And Nigeria will always be at the risk of collapsing.

That risk is both imminent and remote, depending of what we do today.

Political restructuring is, perhaps, the smallest and quickest solution to save Nigeria from that collapse.

As long as some leaders see no sense in taking that no-brainer of a step, Nigeria can collapse under its own senseless weight sooner than we anticipate.