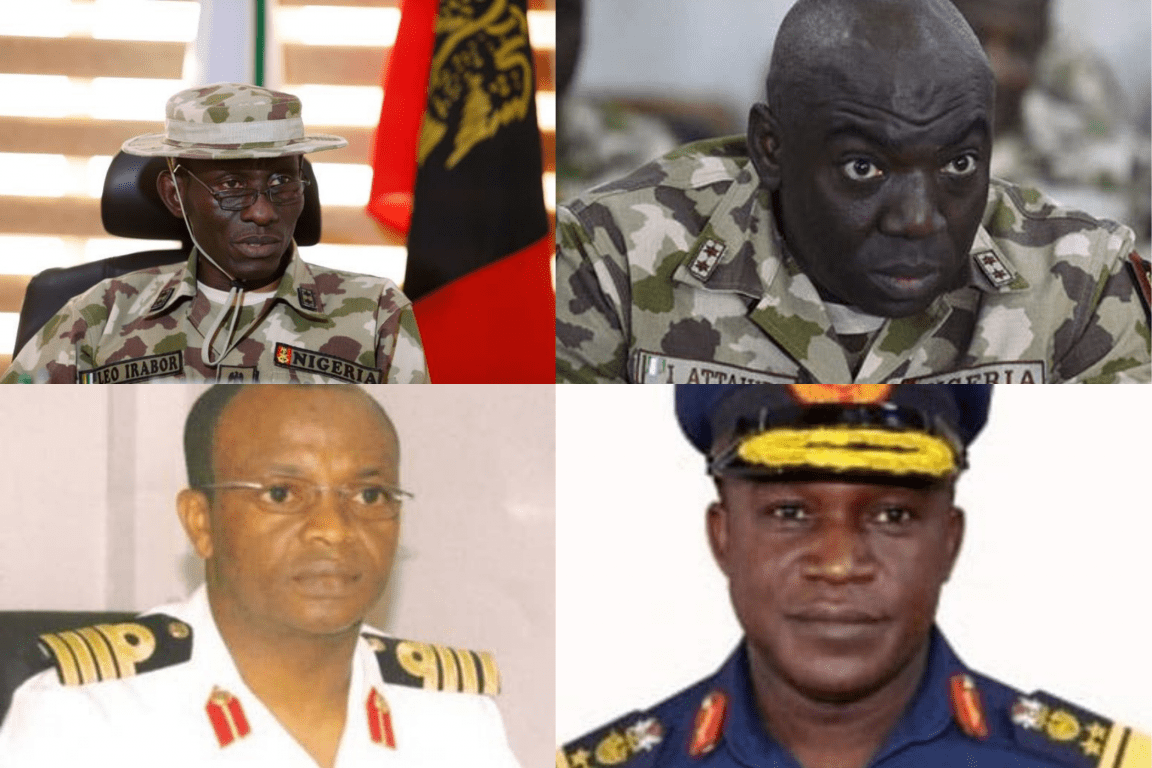 President Muhammadu Buhari on Wednesday charged the new service chiefs to be patriotic, and serve the country well.

Buhari who met behind closed doors with the new service chiefs at the Presidential Villa, to them, “We’re in a state of emergency. Be patriotic, serve the country well, as your loyalty is to the country,” his spokesman, Femi Adesina, disclosed in a statement on Wednesday.

“There’s nothing I can tell you about the service, because you are in it. I was also in it, and I will pray for you. I also assure you that whatever I can do as Commander-in-Chief will be done, so that the people will appreciate your efforts.

“You know the stage we were in 2015, you know the stage we are now, and the undertakings we made. We promised to secure the country, revive the economy, and fight corruption. None has been easy, but we have certainly made progress,” President Buhari added.

President Buhari also charged the Service Chiefs to be concerned about the morale of their officers and men, saying they should be made to feel physically and professionally secure. He pledged that Government would do its best in terms of equipment and logistics.