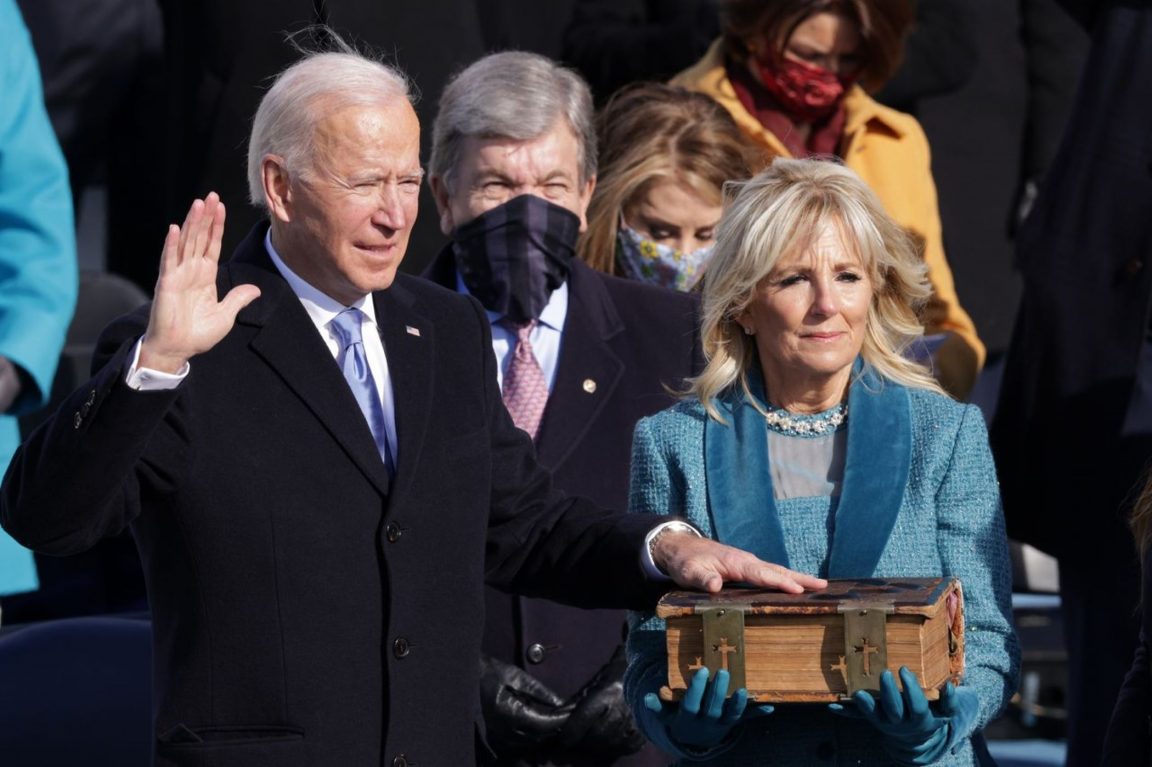 Joe Biden being sworn in as 46th president of the United States on Wednesday / Photo credit: wsj.com
22
SHARES
ShareTweetShare
PinShareShareShareFlip

Joe Biden was sworn in as the 46th president of the United States Wednesday, declaring “this is democracy’s day” as he addressed a nation ravaged by a pandemic and shaken by the recent storming of the U.S. Capitol, where he took his oath of office.

At a midday ceremony on a day that lacked much of the customary pomp and circumstance due to health and safety concerns, Mr. Biden was sworn in by Chief Justice John Roberts, repeating the oath on the west steps of the Capitol with his hand on a family Bible.

The inauguration Wednesday was attended by a relatively small, distanced audience, a contrast to the crowds that typically line the National Mall to celebrate a new administration.

“Today, we celebrate the triumph not of a candidate, but of a cause, the cause of democracy,” Mr. Biden said. “At this hour, my friends, democracy has prevailed.”

The first Black woman and first of Indian descent nominated on a major party’s ticket, she becomes the highest-ranking woman ever in the presidential line of succession.