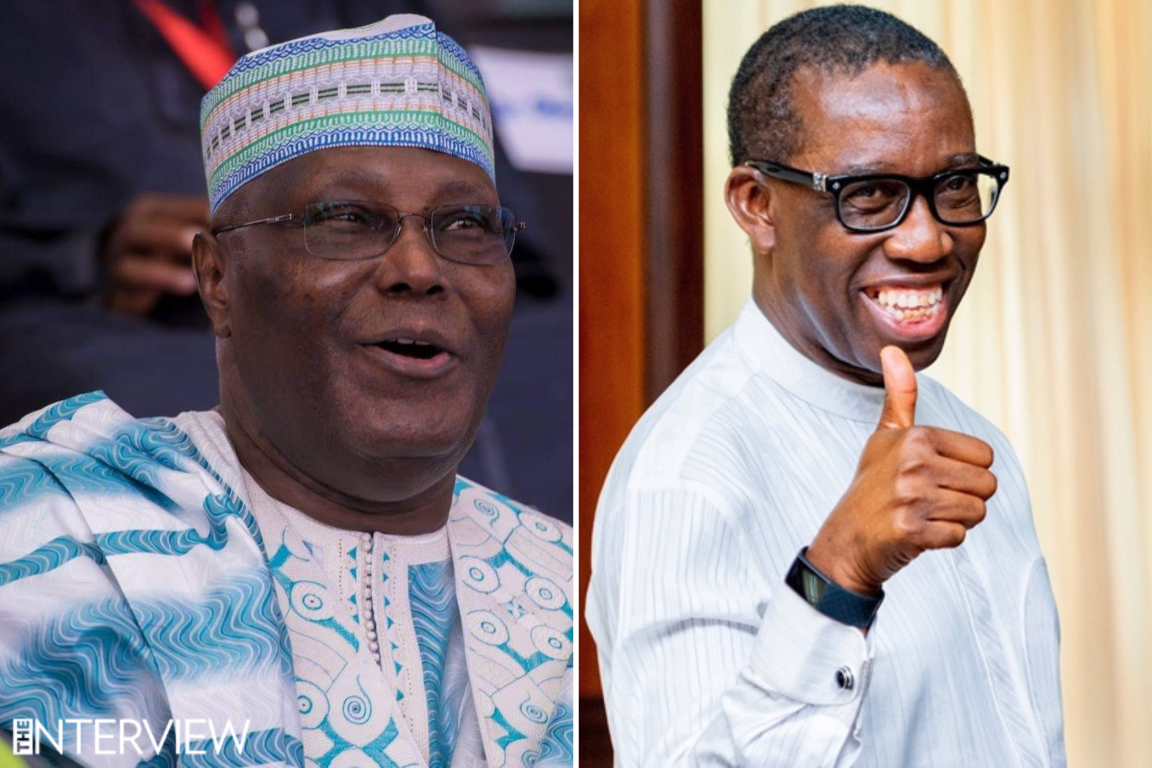 Thousands of Lagos PDP members and loyalists on Thursday, staged a solidarity walk for its Presidential Candidate, Alhaji Atiku Abubakar and his running mate, Dr. Ifeanyi Okowa to mobilise votes ahead of the 2023 general elections.

The walk, which began from the Lagos State Presidential Campaign Office of Atiku/Okowa at Fadeyi Bus Stop, along Ikorodu Road, saw PDP loyalists and volunteer groups dressed in various campaign T-Shirts and face caps, walk to the Maryland Tunnel in Ikeja.

The crowd openly displayed umbrellas- the symbol of the PDP, and chanted solidarity songs as they went on the walk.

The walk was led by Mr Adedeji Doherty, the Chairman of Atiku/Okowa Presidential Campaign Council (PCC) and other party chieftains in the state.

Addressing the crowd at Maryland, Doherty said the umbrella walk was a symbol of unity and was meant to demonstrate to the electorate that the party was fully ready and united to give hope to Nigerians if elected.

The campaign chairman urged Nigerians to grant the former ruling party another opportunity to right all the mistakes it committed while at the helms of affairs.

According to him, Abubakar and Okowa have assured Nigerians of running a government of unity that will tap from the ideas and experience of the opposition party for the sake of national unity and development.

“Umbrella is a symbol of unity to bring everybody together and every ethnic group in solidarity for Atiku/Okowa. It is to show the unity that we have in Lagos State and in Nigeria.

“It is also to tell the ruling party today that PDP is going to unite this country immediately we enter government in 2023.

“Our principal, Atiku Abubakar has promised to form a government of national unity once he is elected. Mr Peter Obi (of Labour Party), Sen. Rabiu Kwankwaso (of New Nigerian Peoples Party), Sen. Bola Tinubu (of APC) and others must work with him.

“He is going to bring everybody together. Everybody is going to be part of his government. Once there is unity among us, then the rest is easy.

“Nigerians have tried PDP and tried APC and they can see the difference, let them give PDP another chance, we will correct our mistakes,” he said.

Doherty described Abubakar as the most experienced, intelligent with character and capacity to address challenges of insecurity, divisions, economy, education, health, infrastructural decay, unemployment and youths.

Urging Nigerian youths to avoid being hoodwinked, Doherty said that Abubakar would provide opportunity for them and empower them.

Pearse said that PDP remained the Nigerians’ hope for unity, security, economic and educational development and improved cost of living.

He said that Abubakar’s pledge to ensure devolution of powers, form a government of unity and experience on economy stood him out.

The Lagos state Director Atiku/Okowa PCC, Mr Tolagbe Animashaun said: “Nigeria is on the road to prosperity under our party.

“We will go round the local governments, and move to the grassroots to promote our candidates. Everything will fell in place as soon as this one is over.”

The Lagos state Publicity Secretary of PDP, Mr Hakeem Amode, said the party was ready to make life better for Nigerians and give them a new lease of life.

Amode said: “The PDP is coming to make Nigeria and Lagos state better. It is not going to be business as usual with all that we outlined for the people.”