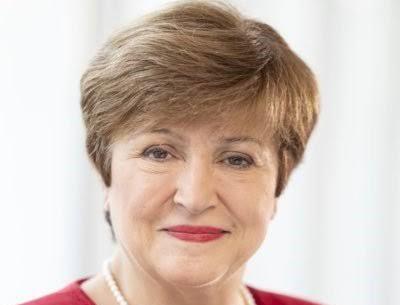 Over 130 people were reportedly killed and about 5,000 wounded in a massive explosion that rocked Lebanon’ capital, Beirut, on Tuesday.

Reacting to this incident in a statement on Thursday, the IMF Managing Director said, “The IMF is exploring all possible ways to support the people of Lebanon.”

Georgieva added that, “It is essential to overcome the impasse in the discussions on critical reforms and put in place a meaningful program to turn around the economy and build accountability and trust in the future of the country.”

Calling on international community to rally round Lebanon and support it to come out of the devastation of the explosion, she said, “In the aftermath of the terrible tragedy in Lebanon, it is time for national unity – to overcome this disaster, as well as to address the deep economic and social crisis that the country continues to face.

“It is also a time for the international community and the friends of Lebanon to step up to help the country in this moment of urgent need”, she said.

Though the cause of the Tuesday explosion at Beirut is yet to be ascertained, over 3000 persons have been displaced from their homes as a result of the explosion.