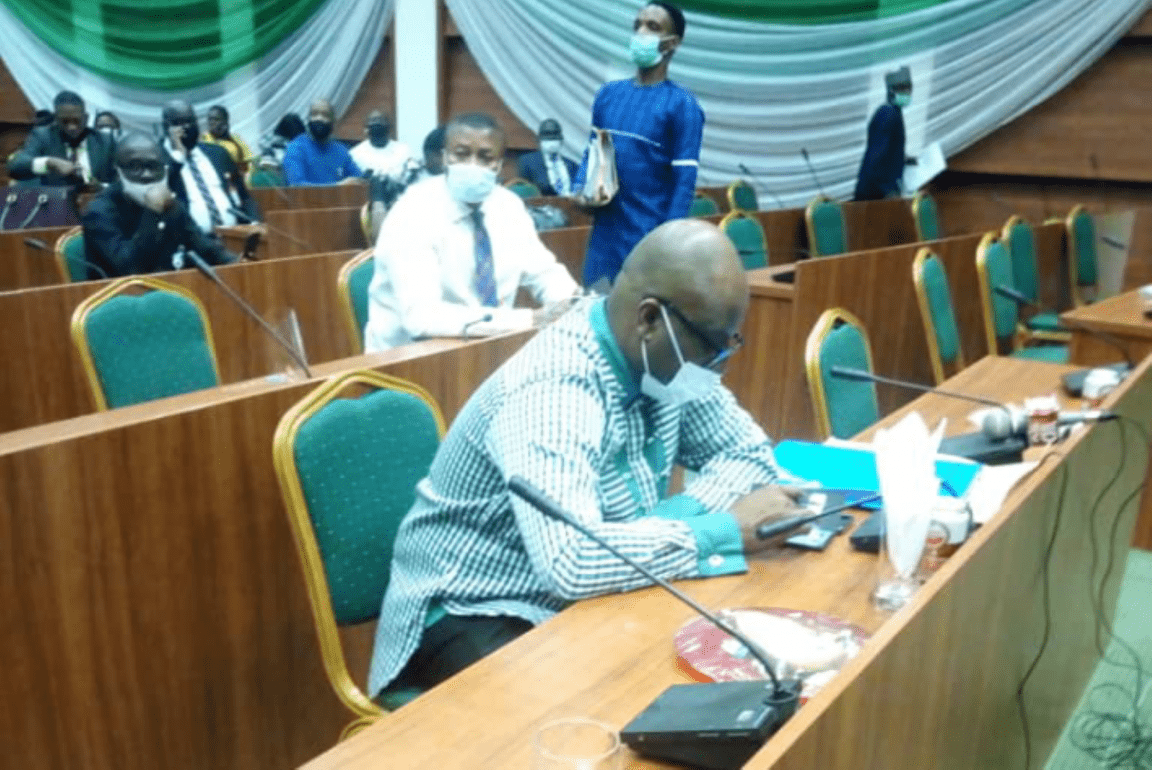 The Niger Delta Development Commission (NDDC), has said that its acting managing director, Prof Kemebradikumo Pondei, has been ill for the last two weeks.

Pondei had fainted on Monday during questioning when he appeared before a House of Representatives Committee probing the mismanagement of billions of naira in his agency.

He was later taken out of the meeting room after reviving him, while the session was adjourned for 30 minutes.

However, reacting the incident, the NDDC’s Director of Corporate Affairs, Charles Obi Odili, said that Pondei had been ill and even ignored his doctor’s advice not to attend the hearing.

“This morning, his condition deteriorated, and his doctors advised against attending the hearing.

“However, he ignored his doctors’ advice because of realisation that his traducers will use his absence at the hearing to soil his name and reputation. He thought he could make it through the hearing and take care of his health later,” Odili said in a statement.

He also described the probing into financial recklessness in the agency as a change of goal post and an attempt to smear Pondie.

Odili noted that Pondie appeared before the lawmakers to answer questions on misappropriation of N40bn, adding that bringing up “the question of financial recklessness is one open to subjective judgement”.

He explained further, “Prof Pondei, as the Managing Director of the Commission, has an official duty to answer for the activities of the Commission like what happened between 2008 – 2012 which is the subject of another hearing based on the auditor general’s report for the period.

“It would, however, be unfair to hold him personally liable for acts which took place when he was not the head of the Commission.

“When the two arms of the National Assembly called for a probe, it was over a missing N40 billion. The Commission took the rare step of publishing all payments made by it under Prof Pondei. No organisation in Nigeria, public or private has ever got to that level of transparency in our national history.

“As this publication undermined the claims of his accusers, the subject of the public hearing changed to ‘financial recklessness’. While this might appear insignificant, it amounted to changing the goal posts to smear a clean man. While misappropriation of N40 billion is a matter demanding objective proof, the question of financial recklessness is one open to subjective judgement

Odili added that Pondie was receiving treatment in an Abuja clinic and is now in a stable conduction.

“As it turned out, his doctors were right. Prof Pondei is in a stable condition at a clinic in Abuja”, he said.