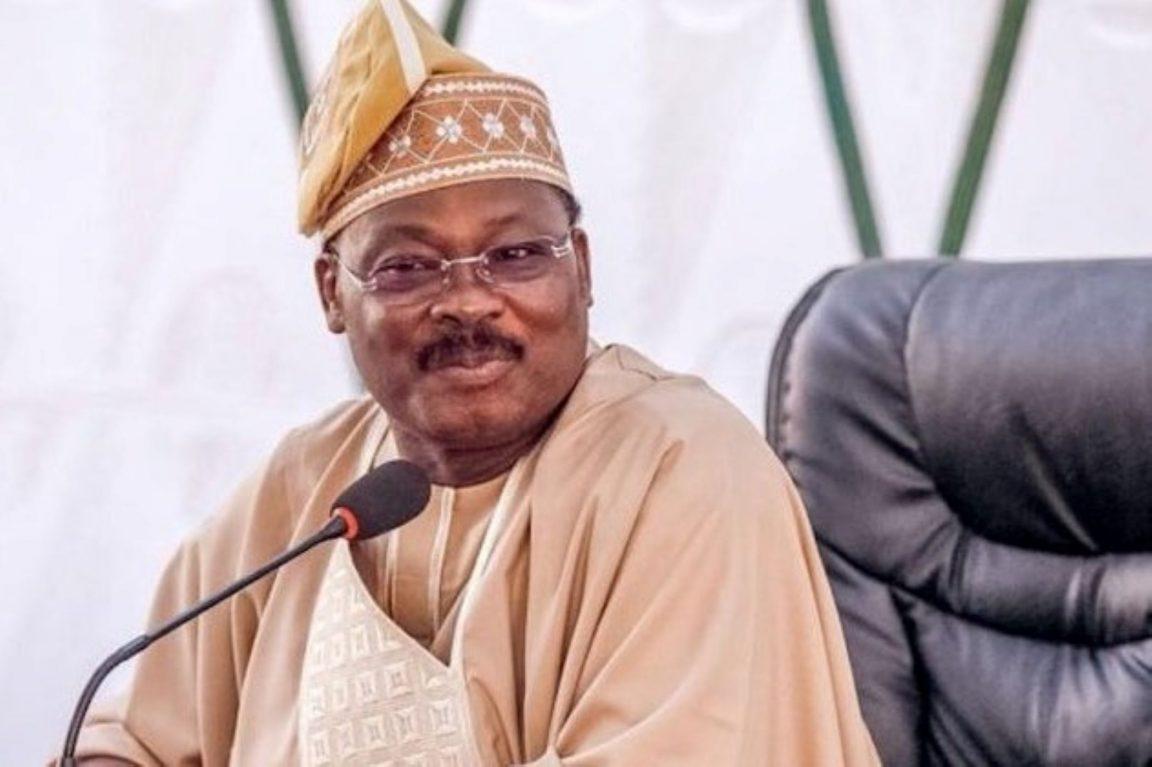 I met late Senator Abiola Ajimobi in January 2007, as he was rounding off his tenure as the Senator representing Oyo South Senatorial District in the Fifth National Assembly.

Having signified interest in the No.1 Seat of Oyo State, I had gone to his legislative office with Sam Akpe, while at Punch, to interview him on what informed his optimism in the governorship polls, despite the fact that he was not in the same camp with late Pa Lamidi Akanji Adedibu.

With the enormous influence the late Adedibu wielded in Oyo Politics, I thought it was a misguided gamble to swim against the tide in an environment that had somewhat become the exclusive preserve of the strong man of Ibadan politics.

It did not take five minutes of discussion for me to see, in Senator Ajimobi, another Adedibu in the making, particularly with his historical accuracy and what appeared to me to be fearless confidence in the face of the opposition’s overwhelming control.

In a style that soon became a signature, Ajimobi told me bluntly that he would cage Adedibu and make him a forgotten factor in Oyo politics. “We will put him in a cage and lock him there. His cup is full,” he said.

Strangely, before I left that day, he did not forget to tell me that the same Adedibu helped him, in no small measure, to achieve his dream of studying abroad, noting categorically that he was a selfless man in that regard.

I went back to Lagos very happy that I had a hot headline.

But that headline never was.

In Oyo, the spirit dwelling in the murky waters of politics is called TROUBLE! It definitely cannot be subdued without a dose of ‘madness’

I was rounding off the transcription of the interview when my phone rang.

It was Senator Ajimobi.

“Yemi, please, I know you wouldn’t have sent that interview in. I have a change of mind. You know, in Yorubaland, we always say: omo ale ni nfi owo osi juwe ile baba e (Only a bastard would point to the direction of his father’s house with his left hand).
Please take off that part where I said we would cage Adedibu. I owe him a lot irrespective of our political differences.”

At that point, instead of being disappointed, I immediately deleted that part and opted for another headline.

But his action won my admiration. It is the norm in politics to use such words literally to stamp one’s political relevance in a tough terrain.

But he chose to go with the saying: ti a ban sunkun a ma riran (one must be able to see clearly even while crying) because of the moral window he carved out of political zealotry.

Like many other Nigerian leaders have done in the past, he called after that to commend what he termed accuracy and uncommon professionalism, and stayed in touch since then, as much as he could, even when he eventually won the governorship seat in 2011.

He congratulated me when I joined former Minister Olusegun Aganga at the Ministry of Industry, Trade and Investment, and also welcomed me publicly on his first official visit to the Ministry under Aganga.

Ajimobi never came across as a “power miss road”.

From all the conversations I have had with him, at home and abroad, it was glaring that he had prepared for leadership long before he began to take calculated steps towards achieving his goals.

Even when I spoke to him in New York, on the sidelines of the United Nations General Assembly, in September 2015, I could feel his sense of fulfillment as he took me through the critical hurdles crossed to make him the first person to govern the Pace Setter State for two consecutive terms.

It is okay for others in the corridors of power to mourn, but while doing so, they must also reflect on the journey so far, and restrategise on lasting legacies

Despite Ajimobi’s seemingly unapologetic and/or unyielding stance on key controversial issues around his governance style, plus a daring bluntness that could easily be mistaken for arrogance and disrespect for traditional institutions, the socio-economic advancement of Oyo State under his watch is largely incontestible.

Agreed, he might have goofed by holding on to some unpopular actions even in the face of stiff resistance, but we must also appreciate the fact that the rudiments of political chess differs from state to state.

In Oyo, the spirit dwelling in the murky waters of politics is called TROUBLE! It definitely cannot be subdued without a dose of ‘madness’.

Ajimobi died on the same day the National Working Committee of APC, which he chaired by representation, and in acting capacity, was dissolved.

This, among other key coincidences in his eventful seven decades of existence, shows that he was indeed a rare breed.

Death is an inevitable end.

It is okay for others in the corridors of power to mourn.

But while doing so, they must also reflect on the journey so far, and restrategise on lasting legacies.

I commiserate with late Senator Ajimobi’s wife, Mrs. Florence Ajimobi, his children, the entire people of Oyo State, the Muslim Ummah, the All Progressives Congress, President Muhammadu Buhari, and indeed all Nigerians, on this very painful loss.

May Allah SWT forgive his shortcomings and grant him Aljanah Firdaus.

Yemi Kolapo is the Managing Director/Editor-in-Chief of The Point Newspapers.