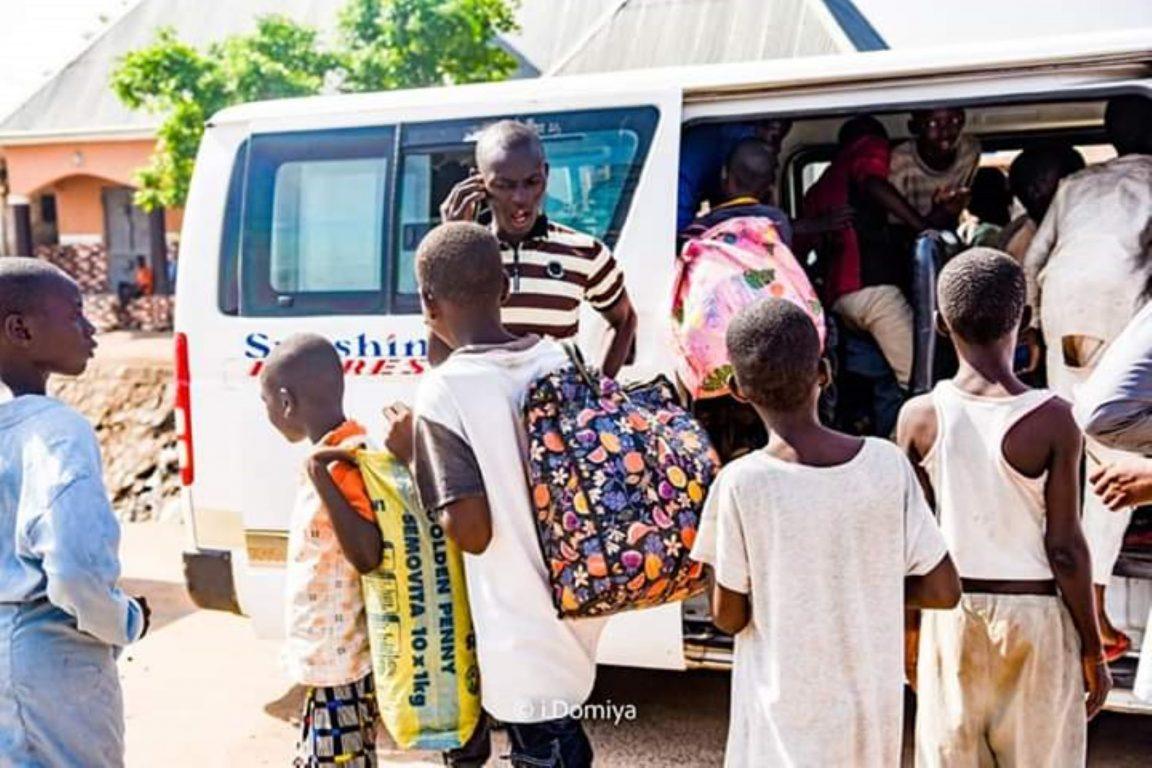 He said the repatriation of the students was agreed by all the 19 Northern state governors.
184
SHARES
ShareTweetShare
PinShareShareShareFlip

Journalist and former Minister of Youth Development and Sports, Bolaji Abdullahi, wrote a thought-provoking piece last week entitled, “Who speaks for the North?” The article reinforces the need for an important conversation, especially as we reflect on our past, engage with the present and contemplate the future.

Who speaks for the North? In a region with a long history of eloquent speakers from Sa’ad Zungur and Tafawa Balewa to Aminu Kano and from Adamu Ciroma and Ibrahim Tahir to Maitama Sule, Musa Musawa and Bala Usman, it’s a measure of how poorly things have progressed that we should be contemplating one qualified to speak for the region at this time.

Perhaps there is a remnant that can presume to speak for the North, persons whose voices still resonate as they speak not only for the region, but also to the future of a better country.

Whatever his flaws, Sarkin Kano, Mohammad Sanusi II, has been relentless on the need for responsible parenting and better social investment; Islamic scholar Dahiru Bauchi has spent decades preaching against intolerance and extremism; Reverend Mathew Hassan Kukah never tires of talking and writing about equity, honest and accountable leadership; and the Sultan of Sokoto, Muhammad Sa’ad Abubakar III, extols fairness and compassion, sometimes at considerable risk to his throne.

Each one of them has at different times spoken about the need for the political elite to pay more than lip service to the poverty and social injustice wrecking the region. But who is listening? Who is doing?

Aliko Dangote, the region’s gift to the country and continent has spoken not from a religious platform or from the soapbox, but through his talent and charity.

Never a bargain hunter, Umar’s entire career has been devoted to standing up for a fair shake for one and all and he laid down his army commission to prove it

He has been a shining example of the return on investment that the North could get by investing in its people.

His Foundation has invested billions of naira in infrastructure, small businesses and relief materials in the North, in the hope that putting his money where his mouth is would encourage politicians to do the same.

But who is following?

Never a bargain hunter, Umar’s entire career has been devoted to standing up for a fair shake for one and all and he laid down his army commission to prove it.

He is just as opposed to injustice by one Northern against another, as he is against injustice in the country, wherever it expresses itself.

We may long for the days when one voice rallied the troops, but I think the myth is broken and the days of cult politics in the North could be ending with President Buhari.

He could leave a legacy of appointing more Northerners into positions than his predecessors, yet if he is not careful, his impact on the region – and even the country – could be far less precisely because of the quality of a number of those appointments.

There have been – and would continue to be – charlatans in the region and in his piece, Abdullahi named one of the all-time greats and father of modern greenback-eyed fanaticism, Ahmed Yerima.

After decades of hearing both reactionaries, self-appointed messiahs and opportunists claiming to speak for the North, the people are now obliged to listen, not to the voices of politicians and religious charlatans who have robbed and despoiled them, but to voices from the streets.

They can see what others, even those with far less resources, are doing and they must ask themselves how long they would continue to stomach empty promises.

Sure, the North could do with honest voices, those who shine the light not with microphones and empty speeches, but with their deeds and lifestyle. But the more urgent problem is not so much a shortage of speakers as it is acute shortage of listeners willing to do what they know is right by their people.

There have been – and would continue to be – charlatans in the region and in his piece, Abdullahi named one of the all-time greats and father of modern greenback-eyed fanaticism, Ahmed Yerima

Technology will continue apace to weaken strongmen and godfathers, breaking the hold of cult politics while empowering ordinary citizens and communities.

More and more influencers, outside the mainstream and outside politics, will find their own voices and express themselves as they’re doing eloquently in the arts, entertainment and the professions.

They will invariably demand that past and present leaders from the North, at least, account for all the nice speeches that have left them worse off than they were many years ago.

The man who took over $500m from Saudi Arabia in 2000 to weaponise sharia law only for him to grab a baby from her mother’s cradle as wife, will have to account for his deeds, as will the one who, instead of providing healthcare when citizens were dying in numbers, said meningitis was god’s punishment on his people for their sins.

Neither the governor who re-looted Abacha’s loot nor the one who inflated the cost of vital public works and converted his garment into dollar storage, can still claim to retain the moral authority to speak for their people.

The almajiri whose lives have been ruined by politicians who enroll them during elections and discard them like vermin after; the hundreds of families in many parts of the North west and North east living in mortal fear for their lives from the daily attacks by bandits; the broken system that has made the region the country’s poorest with no clear plan of recovery; and the aftermath of deadly herder-farmer clashes, have weakened the region’s hold as a single, formidable block. It’s no longer the North as it was: the ferment is speaking a different language.

For example, the killings in Kajuru, Kaduna or the cynical treatment of the almajiri at the height of the global health crisis shows it is not a sign of insufficient speechmaking or lack of clarity about what to do.

It’s simply utter lack of interest or worse – the privileging of a narrow opportunistic agenda.

Abdullahi’s “Who speaks for the North?” is a heartfelt rallying cry, but the question, in the first place, is whether the North needs speech-making more than it needs politicians who are prepared, honest and competent to use all they have heard these many years for the benefit of their people.

The man who took over $500m from Saudi Arabia in 2000 to weaponise sharia law only for him to grab a baby from her mother’s cradle as wife, will have to account for his deeds, as will the one who, instead of providing healthcare when citizens were dying in numbers, said meningitis was god’s punishment on his people for their sins

We really can’t get past that before another round of speech making begins.

That, in fact, is where the speech making begins – listening to the voice of the streets for what politicians have done with our lives in these past two decades.

And if these politicians are hungry enough, they’ve said enough already that they can eat, digest and use to get some work done.

It would be a mistake to assume, as Abdullahi did, that the rest of the country cannot move on without the North.

It is moving and will continue.

Any attempt to put things less plainly is not Northern-philia; it is Northern-pandering, which is worse.

It may be undesirable, but with the South-east used to a life of minimum government presence and the South-west clawing at every legal loophole it can for its security and financial autonomy, it’s only a matter of time before the centre would no longer hold or indulge its current obesity.

If nothing else, dwindling oil sales to the federation account and rapidly increasing population and demand for services would force changes where politicians are least prepared to make them.

No one would be looking over their shoulders to see if the North is coming, or if it’s not willing. Northern-pandering is in its last opportunistic phase.

Abdullahi should not be surprised that even before his clarion call has taken root, a few would challenge the bona fides of a Kwara man seeking to rally the North.

Some, willfully forgetting that the North once upon a place invested in talent regardless of where it came from, would ask when a man from Ilorin began to speak for the North! That’s how poorly things have become.

If the present political elite in the North will not use what it already knows to fix the region, it’s unlikely that any speaker, no matter his gift of eloquence, will change anything.

The dangerous, broken Northern street is enough word for the wise.