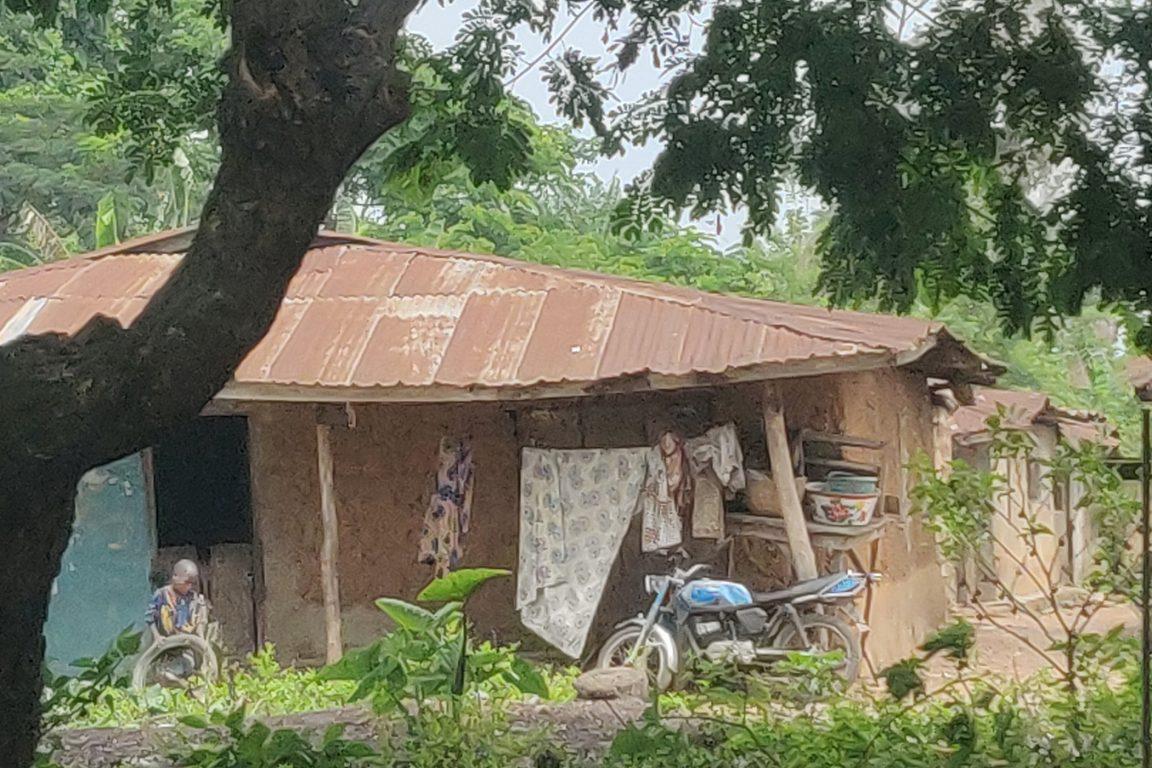 She could not have been older than 12, but was found running a business for someone during school hours. On a hot Friday afternoon, when other kids of her age are in school, the unknown girl is hawking groundnut on Allen Avenue in Ikeja, Lagos. As we navigated the chaotic Lagos traffic, my friend, who was driving, asked why no one cares for her.

The girl is one of the forgotten Nigerians – the very poor who live under conditions that are considered below acceptable standard. These Nigerians have been left to their own fate and get too little help to make it in life.

Volumes have been written about corruption and poverty in Nigeria, as the two go hand in hand. We know enough about extreme poverty because not only is there a preponderance of documented evidence, we see the victims every day. But we have also developed a thick skin against the natural urge to help.

According to the World Bank, more than half of Nigerians are living in extreme poverty. Fifty-three percent live on an income of less than $1.90 or 700 Naira per day. There are further classifications within the formally poor. Among them, there are the exceptionally poor who have no jobs or a prospect of being gainfully employed.

Those who are employed can be poor but I am writing about those who wake up without the promise of even one decent meal in a day; those for whom clothing is a luxury and cases where parents and guardians cannot afford to send children to school.

As I travelled further inland from Lagos, the face of poverty stuck deeper. I saw women selling goods and depending on a business not worth $5 US dollars. Able-bodied men were begging for money. Young people were doing absolutely nothing with their lives. I took the picture above in Ode Omu, Osun State, to tell this story.

It seems we have developed a tough skin against the indecent poverty in our midst. We see it but are no longer moved by it. No one pays attention, no one questions why this has to be so and it has become perfectly acceptable.

We ought to be ashamed of ourselves as a nation and a people – not for the problem, because every nation has its poor – but for our attitude to it. It is sad that in a nation so blessed naturally and abundantly, so many citizens are living in abject poverty without any social cushion.

It is morally wrong to close our minds and our eyes to the indecently poor among us, especially those suffering from childhood poverty because children have no ability to pull themselves by their bootstraps.

What are our values when so many of our people are exposed flagrantly to lack to the extent that children of school age roam the streets peddling goods so that they and their families may live?

Even if we have accepted that our governments are too weak to solve these problems, where is the civil society? Where are the churches, where are the mosques and the good Samaritans? Nigeria is a surpassingly religious nation. We pray, we fast and build the biggest churches in the world. Have we not read that faith without works is dead?

The United States is considered the least among the Western countries when it comes to rendering welfare services to the poor.

But even in the United States, the poor also abound and are taken care of in sensible ways. For most people facing temporary challenges, government temporary unemployment payments are available, as there are food stamps, free school meals and the like.

And if children are involved, the government actively steps in with an obligation to provide a shield. Children have protection from poverty in most cases.

We know enough about extreme poverty because not only is there a preponderance of documented evidence, we see the victims every day. But we have also developed a thick skin against the natural urge to help

In spite of the various programmes available from the government, citizens like you and I are doing far more to provide charitable services, and that is where the elite has failed in Nigeria.

In the United States, volunteers devote so much attention to caring for the under-privileged. School kids all over America are taught from an early age about the value of giving.

Colleges give special consideration to students who have participated in charity work in their admission programmes. These students eventually become adults who understand the value of giving, and continue to make it a lifelong undertaking.

As with most churches in the US, my local church pays a special attention to caring for the poor. It is an important ministry. Bags are given out after services to fill the food bank.

We buy food and bring to the church the next Sunday. Grocery stores and restaurants donate generously. Church members even volunteers to deliver fresh produce at the homes of the poor.

There is even a car ministry, which collects defective cars, fixes them and donates to single mothers in need of mobility.

As I travelled further inland from Lagos, the face of poverty stuck deeper. I saw women selling goods and depending on a business not worth $5 US dollars. Able-bodied men were begging for money. Young people were doing absolutely nothing with their lives

The US government understands that it cannot take care of the poor alone, and encourages charity. If you donate to charity, the government pays you back in the form of tax credit.

You can keep records of your giving and itemise them in your annual tax filing. Many of the clothing sold in “bend down boutiques” in Nigeria were donations abroad.

The moral sense to give is the reason billionaires such as Bill Gates and Warren Buffet have resolved to solve the earth’s most troubling poverty-related challenges. They have been raised with an antenna that searches for the under privileged.

This attitude is spreading. In India, the duty of giving back is catching fire. Indian Tech billionaire Nandan Nilekani recently joined The Giving Pledge, committing to give away half his wealth, pegged at $1.7 billion in the presence of Bill Gates, who launched the Giving Pledge with wife Melinda and Warren Buffett seven years ago.

The addition of the Nilekanis brings the total number of members of this elite network of donors to 171 from 21 countries. Other pledgers include billionaires Azim Premji, Kiran Mazumdar-Shaw and P.N.C Menon.

None of these donors is from Nigeria. We take pride in the ascendancy of our billionaires, such as Aliko Dangote, Mike Adenuga, Femi Otedola and Folorunso Alakija, but when will the affluent wake up in Nigeria? The rich should develop a sense of helping the downtrodden.

The care for the needy in Nigeria requires an urgent response from all of us. We are too stone cold in our reaction to the needs of the poor.

Giving is not just about dolling out N50 to a beggar. It goes way beyond. We need to respond in an organised, systematic and enduring way. Thousands of charitable start-ups are needed.

Churches must use the tithes for its intended purpose. Children need to be taught the value of giving and made to live it.

The kind of poverty that surrounds us is too indecent to the eyes. We are as poor in our souls as the poor that we see if we fail to do something. Too many have been left behind, far behind.

The poor need somebody to lean on.