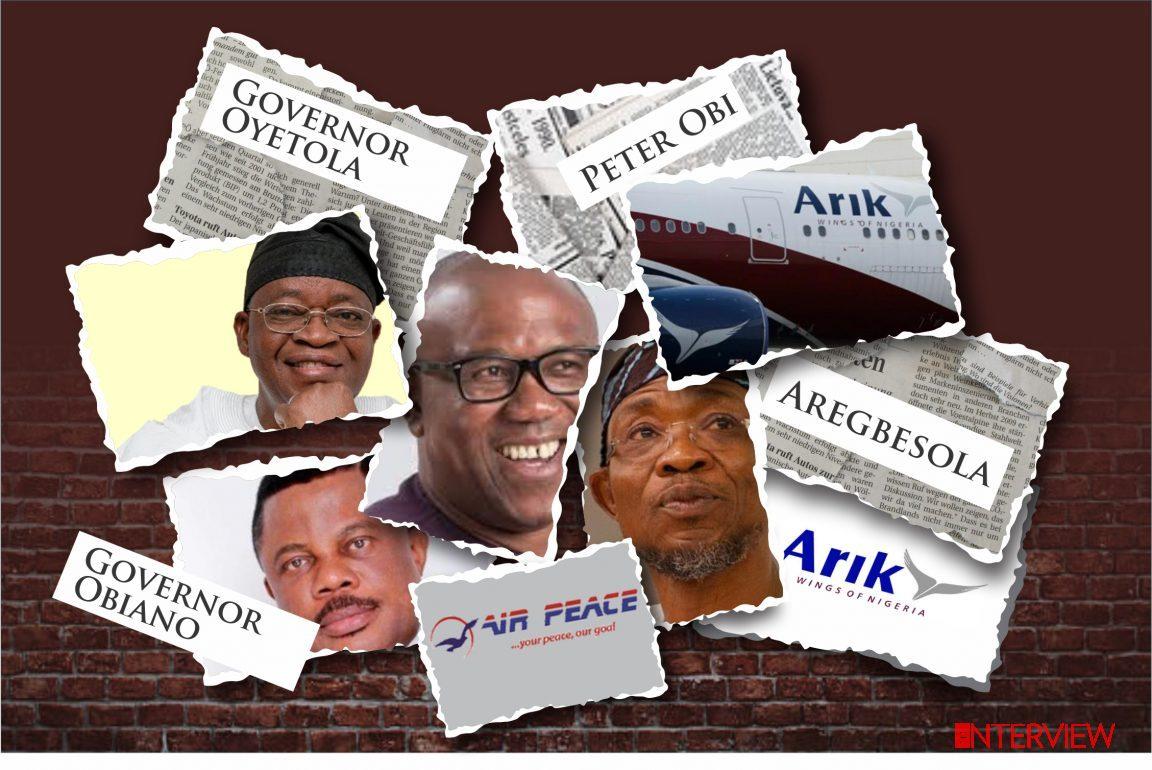 All lovers of good tidings must continue to pray against the Successor’s Curse in the Land of Virtue. So, even when outgoing governors manage to escape a hostile takeover from the opposition, it’s only a matter of time before they fallout, often just as disastrously, with their own hand-picked successor.

News filtering out of Osun State suggest that things may not be going very smoothly between former Governor Rauf Aregbesola and his successor, Adegboyega Oyetola. And it all has to do with who holds the position of what, in Nigeria, has become the most coveted post: chief of staff.

While Oyetola has his own ideas, Ogbeni is pressing for his son, Kabiru, to take the post. So far, party honchos have managed to restrain the parties and we pray that the enemies of the state will not have the last laugh.

Those banking on the emergence of former Governor Peter Obi as PDP’s game-changer in the south east, may need to recalculate. The gulf between Governor Willy Obiana (Anambra, APGA), and Obi (ex-APGA now PDP and Atiku running mate), has widened into a chasm that threatens to swallow, whole, any hopes of a PDP rally in the zone.

With the Ebonyi and Enugu governors more pro-Buhari than Aisha Buhari, Obiano of Anambra has joined the growing list of supporters drumming up support for Buhari’s second term. Interview Confidential (IC), learnt that Abuja has deployed strategic logistic support for the governor. With help from Abuja, Obiano can obviously not wait to show Obi who the new godfather of Anambra politics is. In politics, nothing unites like common enemies!

The former ATM of the PDP and Rivers State Governor, Nyesom Wike, has left the party’s south south presidential campaign in a quandary. Wike, who is yet to recover from the PDP Port Harcourt convention where his candidate Aminu Tambuwal was overthrown in a civilian coup, is grumbling that he will no longer fund a party over which he has no control.

Insiders told IC that the governor, who is planning his second term, insists that it is better for him to deploy his resources in his own campaign – and maybe even make peace with Abuja – than pursue a receding dream of being a consequential kingmaker.

“What is the difference between the two candidates, sef,” he confided to a politician recently over a bottle of his favourite Louis XIII? “Two old men who should have retired long ago, chasing the same prize! A beg!”

This is the time of year when local flights are delayed for long, long hours and all that passengers get to hear in heavily accented English over crackling speakers at the waiting lounge is, “Your flight has been delayed for another one hour due to operational reasons!” Well operational reasons can be anything from your pilot being held up in traffic to bad weather.

But these days, it’s more. IC was reliably informed that whatever you may read from the stale flight schedule column of newspapers or on the website, the fact is that there are only four (or five) airlines operating local flights – and with very depleted fleet.

Arik Air, once the biggest national carrier, has gone down from 22 aircraft to five; Air Peace has eight operational, whatever it may claim; Medview has two; Max Air three; and Aero two. Next door at Bristow Helicopters, you have no travelling stress, if you can shell out 180k for a round trip to Abuja!

What Does Otedola Want?

It appears that businessman Femi Otedola would need more than the proceeds of his divestment from Forte Oil to build the future that he so badly wants to have – whatever that future is. If the price is right, serving the head of his “friend” on the platter of politics is fair game.

IC was reliable informed that the idea of putting Aliko Dangote’s name as a part of the APC’s Presidential Campaign Council was Otedola’s idea. Never one to stay in a shade when he can enjoy the sunshine, Otedola who has been struggling to redeem himself after selling a dummy that he would contest the governorship of Lagos State, approached party honchos and asked them to insert his name and that of Dangote in the PCC without clearance from Africa’s richest man.

The backlash has been catastrophic following a silent rage of protests from the Dangote camp, which forced the Presidency to issue a retraction dropping Dangote’s name. Meanwhile Otedola has been having a hard time telling his friend, Dangote, the story that the mosquito told the malaria patient: “I didn’t mean any harm!”