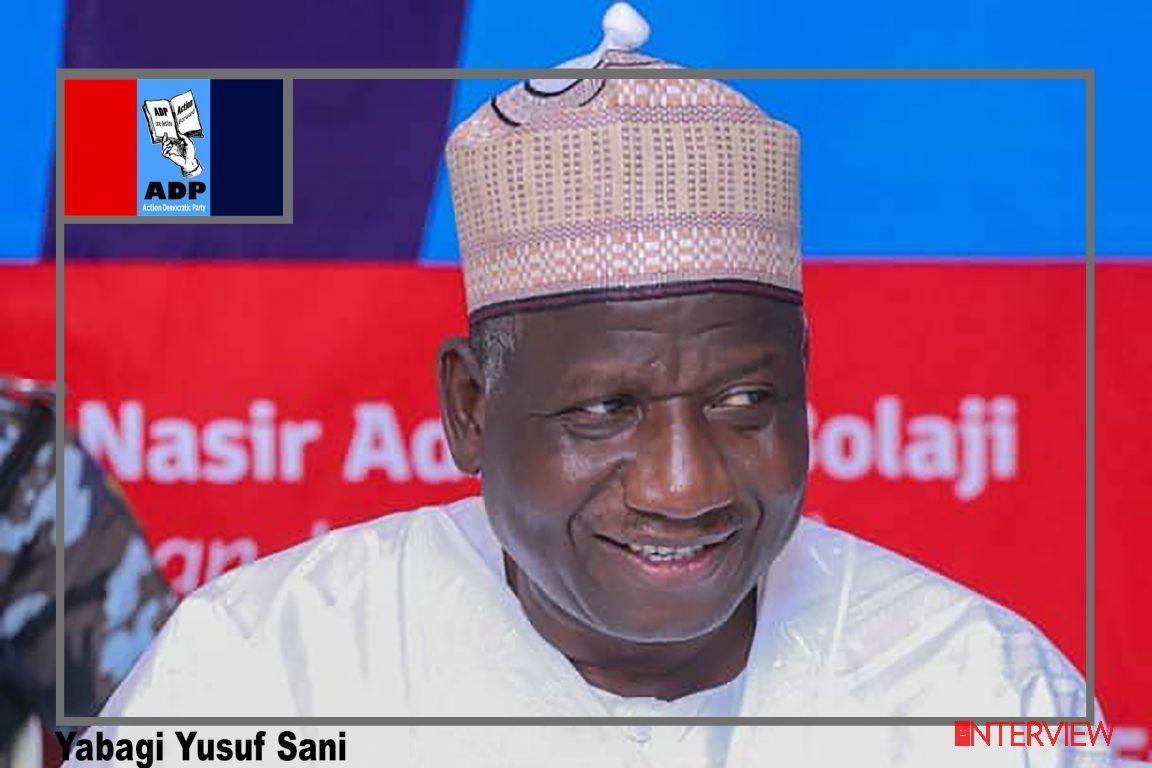 How would you describe your experience as a presidential candidate?

The election was an unfortunate development in the sense that the country should have had it better in terms of the conduct of an important exercise like the election.

So, to me, it is rather a disappointment. But then, that is not to say that Nigeria has not gained experience thereby.

Also, I think going forward we can use the experience in this election to ensure that we reduce the level of rigging, killings, use of state security agencies, and use of state funds to manipulate the process in favour of the government in power.

This is not only about the role played by the APC. This is not peculiar to the APC, it also affects the PDP. This is why Nigerians should look at the credible alternative we at Action Democratic Party are offering.

We’re offering credible leadership and that’s why I came out. I have the education, connection and exposure to lead this country if given the opportunity

Are you saying that Nigerians missed it by not electing you?

Yeah, that is exactly what happened. I am not talking about those that have been rejected before like Atiku Abubakar, or Buhari who cannot perform.

PDP was a failed party in terms of delivering to this country what is required. It is unfortunate that Buhari has been caged by the cabal that he cannot perform. He has failed woefully.

So Nigerians missed such a golden opportunity of electing people like me so that we can begin to benefit from those things that God has given us.

If we are going to merge, it has to be with parties that are here for the sake of Nigeria not for their pockets. Most of them are there because of what they can get from the system not what they can give to the system

You have expressed dissatisfaction in the electoral process, is your party going to challenge the outcome of the election in court?

Which court are you going to? Tell me, where is the court? The judiciary itself has been capped. All other institutions have been capped by this administration.

The person you have there as the chief justice of the federation was put there by this administration under circumstances that are not very clear to people. So which court are you going?

You polled 54,930 votes nationwide, are you disappointed?

No. you see, every single vote that we polled is equivalent to millions of votes that these so called big parties claimed that they polled because all their votes were bought and rigged.

They were not votes cast by individuals. The votes people like us polled where votes that people cast. Even at that they didn’t allow people to come out to vote for us.

They were intimidating them. Our agents were compromised. Everything in the election was not what it ought to be. That is not what we represent. So this election does not represent Nigeria.

It is not about going after people saying you are fighting corruption; in fact, not respecting the law is corruption in itself

Now that a winner has emerged, what’s next for you and your party?

We have to go back to the drawing board. We have to enlighten people. We have to tell Nigerians that this country belongs to all of us; that they matter.

Nigerians should rise to the occasion. People should address the key issue of how do we get it right at elections. How do we make it in such that money and state machineries are not used?

We all knew that the amended electoral law would have laid the foundation for credible, free and fair elections.

With the law we would have seen what Nigerians look like in election. The true yearning of Nigerians would have come out if the amended electoral law was there.

What are your takeaways from the 2019 presidential election?

My takeaway is that Nigerians lost this election and APC won. Nigerians should now ensure that they will win next time.

In order to do that they should support parties like Action Democratic Party and individuals like me because we need people with knowledge, people that can give this country the leadership it deserves.

It is not about going after people saying you are fighting corruption; in fact, not respecting the law is corruption in itself.

So where is the corruption you are fighting when you are also corrupt? My takeaway is that Nigerians should begin the process of nation building so that Nigeria can achieve its mandate of greatness. All hope is not lost yet.

I think going forward we can use the experience in this election to ensure that we reduce the level of rigging, killings, use of state security agencies, and use of state funds to manipulate the process in favour of the government in power

What do you expect from the President Muhammadu Buhari’s second term?

It is only by providence that he has got this second chance, he needs to demonstrate that yes, he is that person who represents what Nigeria needs; somebody who is forthright and somebody who can reform the system.

These are things Buhari can do to leave a legacy. This last opportunity Buhari must deliver to Nigerians. To deliver, he must reform the system.

There are assumptions that the electoral defeat of outliers at the poll can spur them on to present a formidable front in the next election. Would you honour an invitation for a merger, which party would you consider merging with and under what conditions?

Well, you see, I laugh at what some of the parties call merger. Few weeks to elections, some parties came together under the PDP and you wonder if that’s where we should go.

That was an opportunity for us all to come together to fight even the PDP and APC. But when you go under these parties because they give you money, how can you take such parties serious?

This is why if we have to merge at all, we believe in organic building of our party that we can face next election. This is because some of these parties are just there for mundane reasons. We are not for that.

We are for building this nation and to build a nation, it takes more than what I have seen in most of these parties you are talking about.

In any case, I understand that INEC will deregister some parties. It is a good decision in a right direction. I’m saying this because of the role some of these parties played during this election. So, if we are going to merge, it has to be with parties that are here for the sake of Nigeria not for their pockets.

It is only by providence that he has got this second chance, he needs to demonstrate that yes, he is that person who represents what Nigeria needs; someone who is forthright and can reform the system

What were your best moments during the campaign?

My best moments were when I had the privilege of meeting ordinary Nigerians who were really concerned about the future of the country.

I also had the opportunity to meet some statesmen, religious and traditional leaders. I think so of them are truly concerned about the future of this country.

Are you prepared to publish a detailed account of how you financed your campaign?

We funded our election campaign through fees our members pay. We did not have other source of funding. So, it is not a case of being ready to make funding pubic. INEC will demand it. One of the requirements of INEC is that we disclose the source of funding and how we spent the funds.