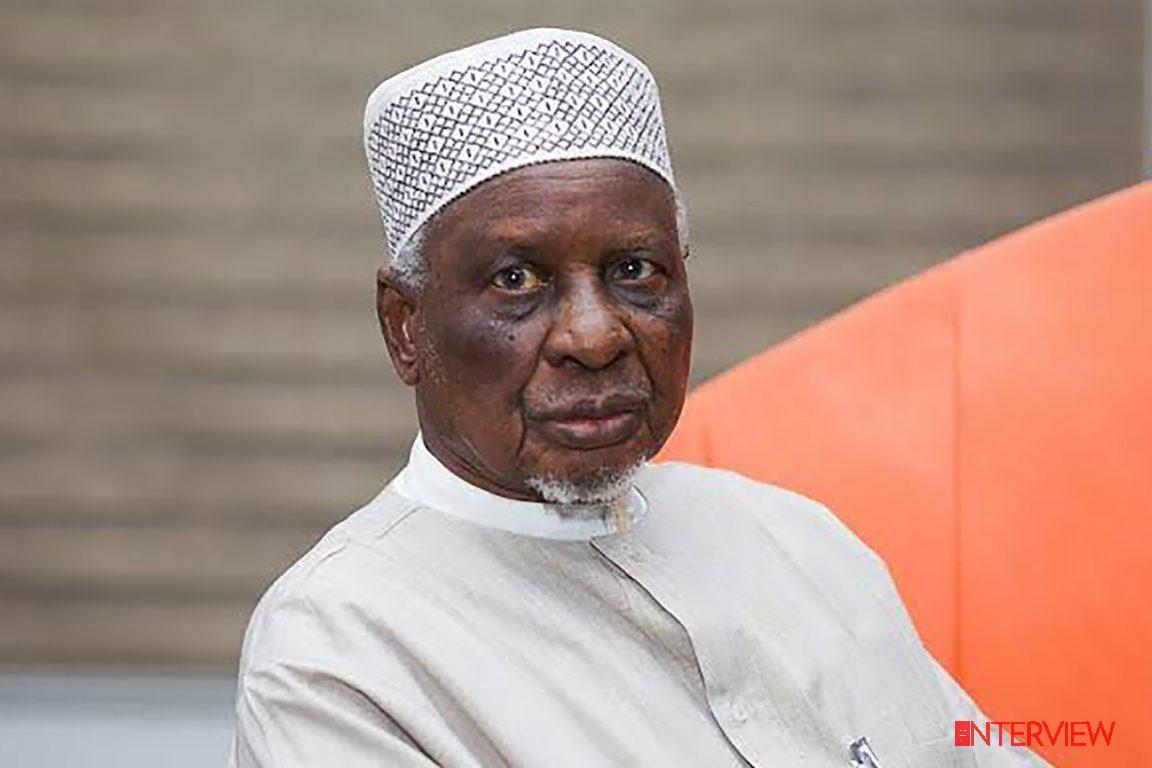 At 92, Tanko Yakasai still does not dodge controversies or speak in parables. He says it as it is. The second republic politician believes that there is an understanding between President Muhammadu Buhari and Southwest leaders that could see either Professor Yemi Osinbajo or Bola Tinubu emerge as president in 2023:

You supported former Vice President Atiku Abubakar and the PDP at the just concluded election. Do you believe the eventual winner, Muhammadu Buhari, won fair and square?

No, I do not. Quite alright, I supported Atiku because I don’t believe that Buhari has the capacity and the competence to handle the Nigerian problem.

So, I have never supported him. I supported Atiku because whatever anybody says, Atiku was Vice President for eight years.

He was able to gain some administrative experience, even though the second term was not a very good term with his principal.

Then after leaving government, he went into business and he is making it. We need somebody who can combine the two experiences to see how we can fix Nigeria.

So you support Atiku’s move to contest the results in court?

The law that provides for the elections also says if you are not satisfied, go to court. Anybody who says somebody should not go to court has some skeleton in his cupboard.

I worked with National Assembly for four years. I know the mindset of members of the National Assembly. They believe that they have their own mandate separate from the mandate of the President. And therefore, for anybody to try and dictate to them, it could boomerang

From the way the APC is structured, do you think there is a future for the Southeast in the party?

I don’t think so because the current calculation is that the Vice President is from the Southwest. Clearly, there is an unwritten understanding that when Buhari finishes, the Vice President will likely be the next presidential candidate of the APC.

The Vice President is a Yoruba man. Even if it is not Osinbajo, somebody from there, probably Tinubu, will likely emerge as the candidate of the party.

And with the performance of the party in the Southeast, I don’t see any possibility that the party will think of giving its candidacy to the Southeast as against the support it earned from the Southwest.

Apart from voting, don’t forget that there were some material support which APC enjoyed from the Southwest.

Do you have evidence there is a written agreement that the presidency will head to the Southwest?

What do you think of the APC’s move to anoint Ahmed Lawan as the next Senate president?

Well, they have been touting this idea for a long time. Remember when the current Senate was convened after the 2015 election, they wanted Ahmad Lawan to be the Senate president.

It was the rupture in the party that led a chunk of party senators to team up with PDP senators to get Bukola Saraki and Ike Ekweremadu as president and deputy president of the Senate.

But it is an old idea that APC has been touting, so I am not surprised. What I am surprised about, I thought what happened to them in the last dispensation would have been a lesson for them to allow legislators to decide who should be their leaders.

I worked with National Assembly for four years. I know the mindset of members of the National Assembly. They believe that they have their own mandate separate from the mandate of the President.

And therefore, for anybody to try and dictate to them, it could boomerang. From the way Adams Oshiomhole is speaking, I can see that if care is not taken, history will repeat itself.

He could have allowed them to decide. Take for instance, senators from the north central area, they are thinking that they should be given the chance.

And also, there is this thinking that the power equation makes it politically unwise to exclude Southeast from the Senate presidency. All these conditions are there. So it is something that needs to be handled with utmost care, which I don’t think they are doing.

From the way Adams Oshiomhole is speaking, I can see that if care is not taken, history will repeat itself. He could have allowed them to decide

Do you think the election results has settled the debate on restructuring?

Well, the election result has nothing to do with restructuring. Campaign for restructuring, in my opinion, I don’t know what it means.

I don’t know whether you know. Those coming with that campaign have not articulated it yet. Don’t forget that Buhari came to power on the slogan of change.

But that change has never been defined. Now, after four years, Buhari cannot show what that change is about. We have the same problem with this restructuring issue.

I have been saying that the promoters of this idea should think hard and present a credible blueprint that will attract support across the country.

They have not done that yet. Unless that is done, the possibility of getting majority of Nigerians to support the idea of restructuring will be very difficult.

May 29 is fast approaching. From your assessment, which ministers do you think Buhari should keep in his cabinet?

Let me say I know one or two who will not come back. I don’t know who he will pick. I will tell you one, but I will not tell you the other. The one is the minister from Plateau.

That is the sports minister. Why him?

I didn’t see any performance on his part. I think the president is going to act based on performance.