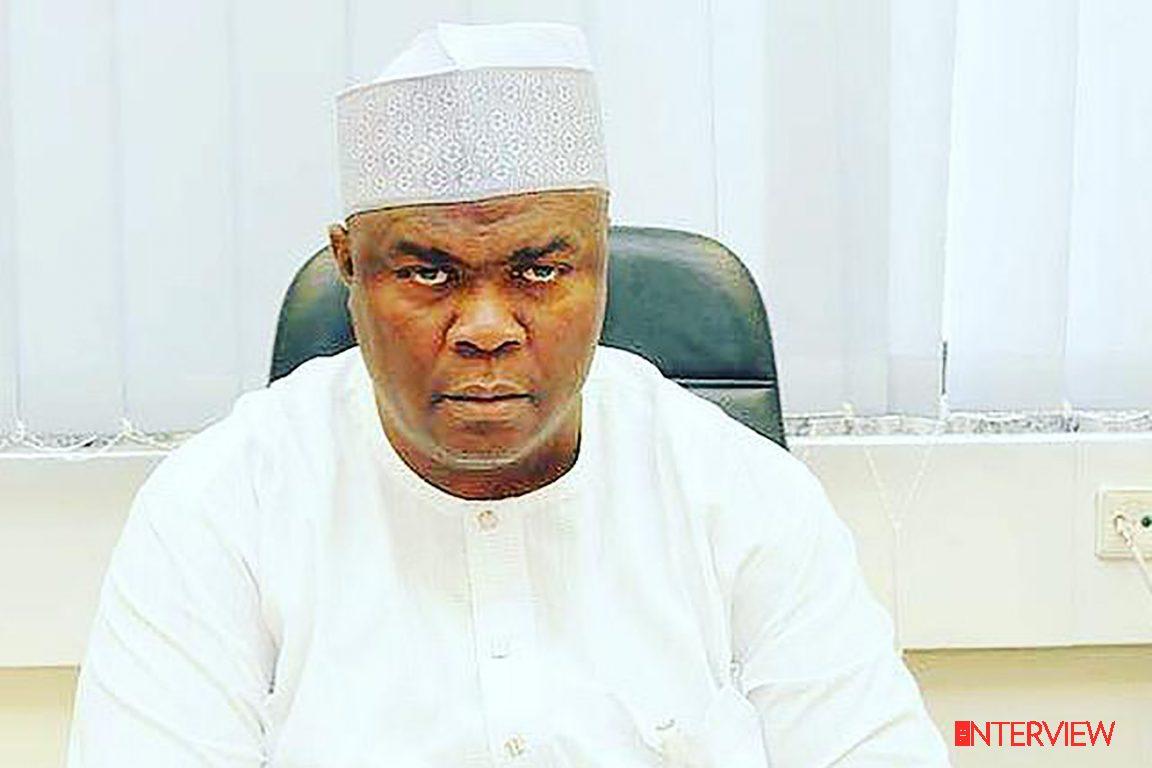 Umar Sani is a spokesman for the PDP presidential campaign council and a media aide to former Vice President Namadi Sambo. He tells The Interview why the former vice president has not congratulated President Muhammadu Buhari on his re-election:

What do you think the re-election of President Muhammadu Buhari means for the country?

Well, in the first instance, I do not believe that he was duly elected as stipulated by law. So, I wouldn’t say that his election portends anything since we are challenging it in court.

If you are asking me to assess his performance from 2015 to date, that is a different matter. But this matter that we are entering into, we disagree with it.

We have disputed the results and we believe that he did not win as stipulated by law. So I will not speculate on something I do not believe in.

Some people have made the assertion that challenging the election results is a futile exercise. Does it mean you disagree with that?

I don’t think that it is a futile exercise. The Nigerian Supreme Court is not a court of first instance, neither is it a court of following precedent.

But it is a court of setting precedent, which means that what has never happened can happen in the Supreme Court.

We have seen so many landmark judgments given by the Supreme Court. The most famous of all of them is that of Rotimi Amaechi who did not contest for an election and who was made the governor of Rivers State because the procedures were not adhered to.

So, the fact of the matter is that we have our trust and confidence in the judiciary and we believe that the judiciary will rise above any sentiment.

The election, as you all know – except if you are not in Nigeria – was militarised. And because it was militarised, the military were interfering with the process.

So, for us to be able to prove it, I think our principal is ready. He has engaged the services of experts in various fields, both forensic and legal standing. We are very confident that the judiciary will look at it equitably, fairly, justly and from the point of view of justice.

How do you expect Obasanjo to come out and congratulate Buhari. You know Obasanjo is a very obstinate person. Once he takes a decision, he cannot reverse

A former director-general of the Atiku Abubakar campaign has just resigned from the APC and may be considering joining the APC. Does this not undermine Atiku’s legal case?

We are very much aware that Gbenga Daniel is not doing so out of his free will. He is being persecuted.

His passport has been seized. His accounts have been frozen and he wants decamp to the APC so that he can be free. So his joining the APC has nothing to do with the legal matter within the PDP.

Now we are talking about the entire party. The campaign director is Senate President Bukola Saraki and so it’s very unlikely that Gbenga Daniel is aware of the extent of the legalities of the matter.

The decision to go back like he rightly pointed out is personal. What personal means here is persecution and he wants to free himself from such vices. But it has nothing to do with our court case.

Former Vice President Namadi Sambo was very active in his support for Atiku Abubakar. Till date, he has not said publicly that he is retiring from partisan politics. Is it fair to say that he is effectively in opposition to this government?

Well, I do not know his political thoughts because I have not interacted with him along that line. So I don’t want to speculate.

Perhaps, when I see him, I will be able to ask him. I was engaged with the campaign and didn’t have time for us to sit down and discuss with him.

We are very much aware that Gbenga Daniel is not doing so out of his free will. He is being persecuted. His passport has been seized. His accounts have been frozen and he wants decamp to the APC so that he can be free

Was he not part of the campaign too?

He was in the campaign council and I was a spokesperson, so our jobs were completely different.

Along with former president, Olusegun Obasanjo, Namadi Sambo has refused to acknowledge Buhari’s victory. What does that mean?

Well, perhaps he is following the footsteps of his party. If your party does not agree with the results and you ahead singlehandedly to congratulate the president, then you are violating the ethics of your party.

His position is that of the party. And I think you know Obasanjo’s position. He supported Atiku. Even before the elections, Obasanjo had already come out to say we were going back to Abacha days; people would be maimed, they would be beaten and the election would be rigged.

What he said, like a prophet, was what happened. How do you expect Obasanjo to come out and congratulate Buhari. You know Obasanjo is a very obstinate person. Once he takes a decision, he cannot reverse.

There are supplementary elections coming up in a number of states. Does the party support the withdrawal of security personnel from all polling units?

We have never said security agencies should not do their work. What we are always against is the use of the military.

The Supreme Court in 2015 gave a landmark judgment, which bars the military from elections. The enforcement of law is of the most importance.

Why will the military be part of an electoral process? If they use the police to provide security within the town and not near any polling unit, that is okay.

But when the military are going to collation centres, going to polling units, snatching ballot boxes, what is the business of the military in the election process? It is the police that should provide all the necessary security.

And we know that it is the duty of the police. There is nowhere that you will not find that the army was used to subvert the will of the people.

The army itself initially denied, saying that there were fake soldiers in circulation. But finally, they have accepted and agreed to investigate.

The local election monitors have also said the election was militarised with many instances of the military intimidating voters.

Does this mean you do not have any confidence that PDP can win the states where there will be supplementary elections?

It’s better we discuss it on case by case basis. In Adamawa, the total number of PVCs collected in the affected polling units is 31,000.

The difference between PDP and APC is 33, 450, which means that even if all the PVCs that have been collected are handed over to APC, they still cannot win the election.

Do you think that 34,000 people will vote and PDP will not get 1000? In that state, PDP has already won unless they want to muzzle everybody and win every vote.

Then coming to Benue, PDP is leading with almost 81,000 votes. That is a good lead, so will be difficult for PDP to be defeated in Benue.

In Kano, which is the last one, I don’t see PDP losing Kano with the rate of awareness and the head start of over 26,000 votes.

The possibility of losing Kano is very remote. The truth is that of all the five states, PDP will likely win four.