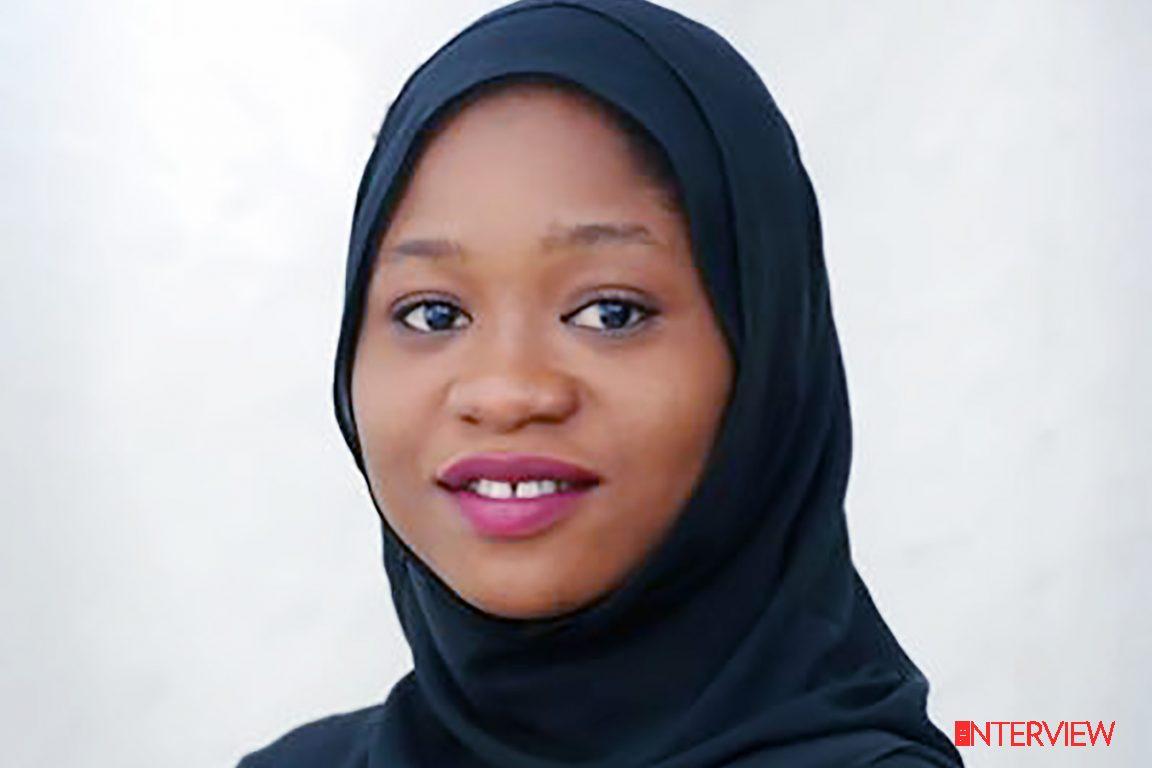 Zainab Sulaiman Umar is the first female to contest for a seat in the Kano State House of Assembly from her local government / Photo credit: @zeechampion2019 Twitter
137
SHARES
ShareTweetShare
ShareRepostPinterest

At 26, Zainab Sulaiman Umar is the youngest woman to seek for an elective position in Kano State as she’s set to slug it out with the men for a seat in the Kano State House of Assembly in the 2019 Nigeria general elections under the New Progressive Movement (NPM). She tells The Interview the reasons she’s pulled to politics at this time.

In spite of the not too young to run law, getting young people engaged in politics has remained difficult, but here you are jumping right into a political contest for a legislative position. What is attracting you to politics?

Naturally, I love and have passion for politics. However, I began to realise that politics is very important when I read a book, ‘Introduction to Political Science.’ There I realised that a good government is very key to the progress of any nation: “A good government can move a country a thousand years forward, and a bad government can take a country 1,000 years backward.”

What will you do differently as a female and young lawmaker?

In the history of Kano State House of Assembly the committee for women has always been made of men. I want to change this as a female and young lawmaker in the House.

Was it difficult for you to secure the house of assembly ticket in NPM and do you think the APC or PDP an equal opportunity at the primaries to contest against older men?

It was not that difficult because the primary election was a free and fair election.

Who among your opponents in the other parties are you most concerned about at the elections?

I take all my opponents seriously because in politics you don’t neglect or look down on any opponent.

You are a young woman in a conservative and male dominated society; how has your family responded to your ambition and eagerness to participate in politics?

My family is giving me their full support. For instance, during most of my consultations, I normally go with my brother and sister to show how supportive they are of my ambition.

In the history of Kano State House of Assembly, the committee for women has always been made of men.

When you look at the government of Governor Abdullahi Ganduje in terms of the appointments he has made, do you think he has been fair to women and has he also been fair to young people?

He is trying his best to be fair to women in his appointments, however, one way or the other, those women are not usually given the chance to work directly in the offices they are appointed into; men have always been in charge, indirectly. And as for the youths (young people) I think I will say he has not been that fair because most of the appointees are above 40 years.

You attended Bayero University Kano and a large proportion of students in Kano seeking higher education end up in BUK. Considering you recently left the institution, how much attention do you think students there will pay to the outcome of your election?

There has not been any female who has ever been elected to the Kano House of Assembly. And the most interesting part is that I am the first female to contest for the seat of State House of Assembly from my local government.

The students are really pledging their support to this movement. As you know I was the student union government vice president when in school and also I held the seat of women leader. I was a strong stakeholder in the SUG politics of Bayero University Kano, so, they will pay so much attention.

Do you think your courage to participate will encourage more young women to join politics?