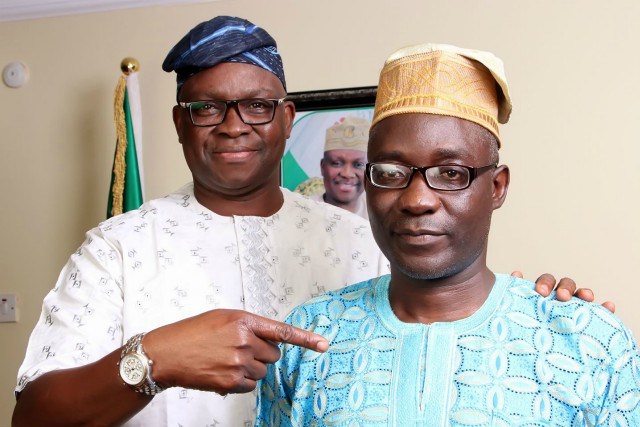 This carrier with Asian link will not just stop at positioning smartly-clad ladies to seduce travelers, it unequivocally prides itself as the “smartest way to travel” in its payoff. Having risen from the ashes of a major air disaster few years ago in which scores perished, it found itself in another storm recently when an anonymous text made the rounds in the social media warning the traveling public to be wary of its services.

In the said damning text, someone claiming to be an insider – obviously disgruntled – had alleged that the management would not obey dire warnings from in-house engineers to service a good number of its fleet long due for maintenance, out of greed for profit and more profit.

Expectedly, the airline management fired back with a strong rebuttal, describing the text as the handiwork of crooked competitors working too hard to de-market its brand which, according to it, has since become the toast of all and sundry on major routes across the country.
Well, we are not in a position to confirm the authenticity of the claims in the damaging text, nor can we vouch for the airline that its own account is gospel.
But something unsavory caught our antenna few days ago.

It actually involved four pre-booked guests on this airline’s service to Abuja that cloudy evening.
Trust our omnipresent radar; it chanced on a rather hot argument between a stern-looking bloke and the supervisor at the check-in counter. Virtually shouting on top of his voice, the former accused the airline’s operatives of overzealousness brought about by his refusal to yield to their extortionate tactics.

Apparently, the man was at the airport to see off his three young kids traveling to the federal capital city, to be accompanied by a much younger guy who we later gathered was his brother-in-law.

Trust kids and their juvenile exuberance; the youngest of the siblings happened to have brought along a small football, unknown to the parent.

At the check-in counter, the youngster was told by one of the ground staff that the little football could not be part of the hand luggage, that it had to be checked in.
Small matter. The guardian agreed.

But wait – in another moment, the airline staff stepped forward and whispered coyly that some money had to be paid “for the deflation of the ball”. The amount? A ridiculous N500!

More annoyed at a shameless attempt to extort than the amount demanded, the parent of the kids flatly refused to play ball, if we may borrow the fitting metaphor.

Rather than pay the “bribe”, he said he would rather the little boy’s toy did not make the trip. It is doubtful if the little boy will ever forget the day airline denied him his little football because of N500 bribe.

But talking seriously, we would have thought that finding a common pin to deflate the said leather football should not have been consider a big deal or favour by an airline with genuine empathy or hospitality for its guests, particularly when the interest or emotion of a little kid was involved.
Well, the daddy’s insistence on his moral principle against offering bribe to folks at the airline to perform what he considered their duty turned out the beginning of real hassle for the kids.

Next, the presiding checking-in lady insisted she must see the ID card of the kids whose ages range between 9 and 14 years, even after their daddy had fished out a valid document to identity himself as their parent and the escort duly identified with a valid driver’s license.

Within the twinkling of an eye, the supervisor – a fat-cheeked guy with a pot belly – decided to tighten the noose further by introducing an entirely new theory. With a straight face, he declared that he was beginning to suspect that the young man introduced as escort on the flight could in reality be an accessory to “child trafficking”!

Obviously, the airline job was a big deal to him, and he was ready to leave no one in doubt about how powerful he was as far as getting to board their aircraft was concerned.

But while the innocent kids were subjected to needless inconvenience, it was too obvious that the dogmatism to rules was only a revenge by the airline sharks on the man refusing to part with “egunje” as paltry as N500!

Indeed, it was not until the parent wrote an undertaking that the escort was so authorized to accompany his children on the flight that they were finally allowed to board the aircraft.

Now the critical question: what difference did the undertaking eventually made by the parent amount to in terms of safety of the aircraft or indemnity it offered against the charge of being accessory to “child trafficking”, according to the airline’s emergency interlocutors?

The untold story of an electoral ambush

When the self-acclaimed political heavyweight of Odu’a land suddenly began to shed hot tears few days to the recent contest to pick the next “alokoso” (Yoruba for administrator) of the province with the fabled knowledge fountain, not a few were understandably flabbergasted. This was because many had thought our friend was invincible on account of his talent for hell-raising and grandstanding.

Over the months, he had consistently boasted that not only would he finish his tenure on the throne on a strong note, he would demonstrate his infallibility by also ensuring that his anointed took over after him.
But the close-up picture of a six-footer wailing with his neck cast in an ill-fitting brace as seen on the national television while lamenting being manhandled by state hunters is anything but consistent with the image conceived of a true warrior.

Truly, as the elders would say, pride goes before a fall.
Of course, the big contest has since been won and lost, with the big masquerade now left to lick his wounds in silence.

But what has certainly not been told yet is the full story of how our friend spurned a last-minute offer to cut a deal with the invading force, to save the same neck literally. By this, we are not referring to the tones and tones of shekels of silvers that had exchanged hands illegitimately during the epic contest.

From our findings, our friend really stood little or chance in the electoral duel in question, as it had become a do-or-die matter for the invading force, if only to enhance the chances of the current lanky lord of the manor in the Rocky City continuing his tenancy there in view of the substantial erosion of his support base in Arewa land as a result of unending bloodshed.

According to inside sources, in the manner of a benevolent would-be conqueror, commanders of the enemy force had sent secret emissaries to our friend in weeks preceding the scheduled titanic contest. The mission was to impress it on him the futility of squandering his all on a battle he was already programmed to lose. Of course, part of the whole idea was to let him see that such back-room engagement was informed by solidarity with him still as a kinsman, despite political differences.

There were plenty of ways he could have played ball in this connection. One, he could elect not to fund his own foot soldiers at the critical sectors in the decisive week of the contest, such that it would then more or less be a walk-over victory for the invading force.

But apparently aware that he had gone too deep in heaping personal insults on the old Sheriff at the Rocky Villa, our friend, in a rare moment of true heroism, was simply not ready to take chances, nor buy the suggestion that soft-pedaling at this hour would secure a soft-landing for him after office.

From our findings, it was that needling instinct for personal survival, more than anything else, that informed the steely resolve of our friend to go down fighting with his anointed, rather than be met on his knees by the invaders.

With the rejection of that secret deal, the battle line truly became drawn.

The rest, as they say, is now history.

Strange times for Uncle Sege
Those close to Baba Iyabo confide in us that these are indeed trying times for him. Gone, they say, is his old swagger and his accustomed devil-may-care disposition in public.
Not that there is anything to worry from the fear of possible resurgence of bird flu against his cherished chicken at the Ota Farm.

Rather, it has to do more with the prevailing uncertainty of the political weather.

Recall that in January, Uncle Sege had penned a letter bomb against his erstwhile political ally, President Muhammadu Buhari, in which he dismissed him as a failure and therefore warned him in clear terms against seeking another term of office.

To give force to his words, OBJ thereafter expressly declared his intention to rally a national coalition against the prospect of Buhari seeking a second term. In issuing that war notice, he however indicated a caveat by clarifying that he would only be a facilitator. That once such recruits had come together, he would evacuate the center-stage and take the back seat to resume his role as a national “statesman” and “global player”.

Today, the reverse appears the case. True, there has been a few movements here and there on the field suggesting that, at least, some obeyed OBJ’s clarion call. But contrary to his earlier promise, what we continue to see is the self-appointed facilitator’s increasing visibility to become what Buhari’s supporters now describe as a busybody. New APC Chairman, sharp-tongued Comrade Adams Oshiomhole, would even depict OBJ as seeking to recruit “tired players” actually for his third term project.
So, tongues wagged recently when OBJ made a surprise appearance at a political rally involving a PDP governorship candidate. This is a clear negation of his disavowal of the same PDP four years ago when he publicly tore his membership card of the party. For him, expediency now demands that he goes back to his vomit, no matter how tasteless.

He would later host the national leadership of PDP in his Abeokuta hilltop mansion where he, in the tone of an estranged-but-still-willing spouse, reportedly catalogued the grievances that led him into renouncing membership of the party four years ago.

Again, it was a contrite-looking OBJ that was sighted at the fellowship of Afenifere stalwarts in Lagos weeks earlier. The irony was certainly not lost on keen observers of Yoruba politics. In his hey day, OBJ used to see Afenifere as beneath him and associating with chieftains of the pan-Yoruba group as a diminution of his stature as a national figure.
But with Buhari’s shadow looming closer ominously, Baba Iyabo has since dismounted his high horse and now appears ready to befriend just anyone, if only for a sense of personal security.

Truly, these are unusual times for Uncle Sege.

Abubakar-Okorocha Presidency
Feelers from Gusau, the Zamfara State capital, suggest that the absentee Governor, Abdulaziz Yari Abubakar, is seriously contemplating running for the Presidency in 2019, with the Imo State Governor, Rochas Okorocha as his running mate. Abubakar who is an occasional visitor to Zamfara spends most of his time in Abuja, leaving residents to face the regular onslaught of bandits on their own. Insiders told us that after a series of meetings with his political associates in Abuja, Abubakar has decided that rather than return, even briefly, to the insecurity in Gusau it would be safer to make a bid for the Presidency – a project which Okorocha has welcomed and found more engaging, in recent times, than making statutes.