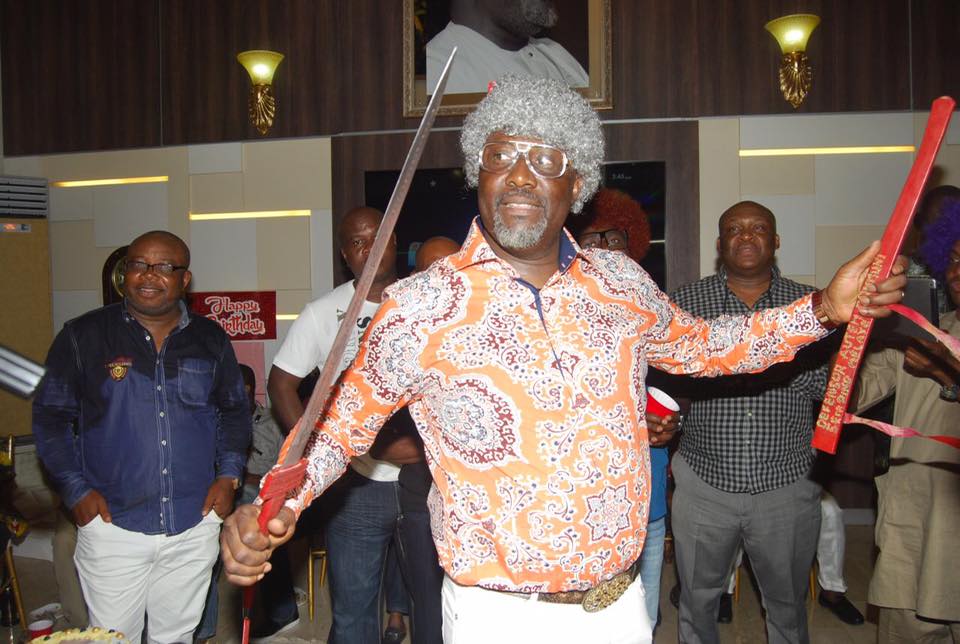 Give it to him; Dino Melaye is a politician with the creative flair. Shortly after falling out with his political ally turned foe (Governor Yahaya Bello of Kogi), his musical ingenuity took over. He had no difficulty in adapting a Yoruba folk song, “Ajeku Iya Nio Je…”. It translates roughly as “Woe betides an inferior who challenges their superior to a battle”.

The number was still topping the national chart of political mischief when Dino followed up with another blockbuster which literally prophesies that his political enemy in Lokoja was jail-bound at the expiration of his current gubernatorial mandate.

But with the dramatic turn of events in Abuja lately, the fate of the maverick senator representing Kogi West would now seem to be in a role reversal of sorts. His current travails only mirror the unsavoury harvest he himself had predicted for Bello in the caustic songs.

One, even though the police have cited gun-running as the charge against Melaye, not a few believe his real trouble started the moment he challenged the Kogi governor to a public fight.

Meanwhile, those bent on recalling him from Senate have continued to battle him from another flank.

Now, with the gravity of the charges preferred against him, Melaye’s supporters will indeed have to intensify their prayers, lest he be the first to don prison’s uniform long before the foe derided in his song.

When a band of roughnecks made away with the wooden staff at the upper talking chamber in the Rocky City after muscling their way into the gallery the other day, fingers were naturally pointed at a disgruntled member earlier shown the door. Remember him? The one whose name sounds like what a variety of daily-bread folks prefer in the Centre of Excellence.

Expectedly, our embattled friend has stoutly denied the allegation.

Well, as a true friend, who are we to deny him in his hour of tribulation. Only that the intelligence picked by our very reliable radar points in the opposite direction.

Recall that our friend hails from a volatile province in the oil belt known for dare-devil militancy. Once left to lick his wounds after being sent packing from the talking chamber, some clansmen were said to have approached our friend and pointedly told him not to allow the “insult” pass  without inflicting a scar on his traducers, if only to remind them of the day they dared someone from the militants’ den.

The strategy and tactics for the fight-back, we gathered, were left in the hands of two members of the committee of concerned kinsmen who themselves are veterans of political “roforofo”.  One of them is a fish-monger who once reportedly bankrolled a bloody bid to unhorse the gap-toothed Maradona during his reign as the uniformed lawgiver of the land. The second one is an aged “Aluta” specialist who spearheaded the oily strike against the same Maradona after he annulled the polls considered the fairest and freest in our history.

As earlier stated, this is a fiercely guarded clan secret. Don’t tell anyone we let the cat out of the bag.