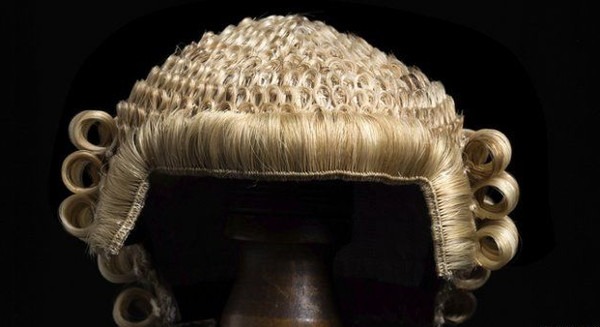 Some months ago, President Muhammadu Buhari urged Nigerian lawyers not to defend corrupt people, but rather to expose them when they approach lawyers for representation.

Buhari spoke against the backdrop of an anti-graft war being fought with the apparatuses of a weakened judicial system that has become routinely exploitable and violable.

Like commentators pointed out to Buhari then, the issue was not so clear-cut. No matter what people have done wrong, they retain their right to be represented, and lawyers are the ones to perform this ignoble task. To proclaim an accused guilty before the judiciary pronounces him or her so, or to abuse lawyer-client privileges in the guise of helping the society fight corruption, is to mock the law. Such ethical conundrum is not easily resolvable by a resort to platitudes.

Buhari’s appeal notwithstanding, we know lawyers contribute in no small measure to the deprecation of judicial processes in Nigeria.

One only needs to review the efforts to suppress corruption in Nigeria in the past 16 years to realize that behind every road block justice has encountered, one will find a lawyer.

Lawyers have to do their jobs, we know, but that does not absolve them of responsibility to the society. Neither does the “despicability” of representing someone accused of corruption mean that lawyers should jettison all sense of dignity.

Yes, I speak of two incidences this year. One involved a senior lawyer, Rickey Tarfa, who was in court to face charges of obstruction of justice and an attempt to pervert the law. That a senior lawyer was being accused of corruption was not so much the problem (he is innocent until proven otherwise) as the fact that he came to court with a team of 90-plus lawyers, comprising of Senior Advocates of Nigeria. This circus train, led by the otherwise respectable old lawyer, Adeniyi Akintola, obviously came to court to intimidate the judge and repel the social shaming rituals that their case was bound to attract.

Sometime in our glorious past, to be accused of corruption was a grievous charge. Where men value their names, to be merely linked to a demeanour like corruption was enough to make one sober. Nowadays, people chalk it up and, instead, turn the shame back at the same public they have wronged. Rather than be sombre, they clothe themselves with huge agbadas and human vestments – all in a bid to shrug off the shame their crimes lay on them. That is why Akintola went to court with that many lawyers, to support a fellow lawyer and to show us they are could not be bothered by society’s opinions.

The second incident was when Saraki showed up in court with 66 lawyers and 30 senators. We already know how lowly his fellow lawmakers price themselves, but when did lawyers become as cheap as rotting tomatoes at Mile 12 market?

Did these lawyers consider that hiring so many of them is an indication of how lowly their intelligence is rated? If anyone needs either 90 or 66 of them in the same court, on the same case, it means they are so incompetent he has to pile them like firewood to achieve what a single lawyer would have done with far less drama. The irony of both Saraki and Tarfa is that they are educated, trained and paid to safeguard Nigeria and her jurisprudence. They are the ones acting as if judicial process is some kind of Owambe party.

There are two things I am curious about. One is the logistics of summoning that many lawyers to court over a single case. Do they send out text messages, and these lawyers, idle of hands and bereft of principles, go to court and meet like they are meeting for some kind of parapo gathering? How do you muster that many of them to court to come and loiter about in a case they could not have realistically worked on?

Two, is how they are paid. What is Tarfa and Saraki’s legal budget that they can afford so many lawyers? Are these lawyers so cheap? After court sessions, do they – like Bode George’s Aso Ebi wearing crowd that thronged the court during his trial- get handed plates of jollof rice and cold drinks, and thanked for their services? If they get paid, for what are they getting paid? Is it their legal skills or their presence as spectators merely costumed in wig and gown?

We know politicians regularly hire a crowd to fill up their campaign ground but to hire lawyers and even SANs suggest that either times are hard for them or the nobility of their profession has always been grossly overestimated. If lawyers are that cheap, maybe we can hire them for other tasks – like helping filling stations dispense fuel when the product is scarce, don’t you think?