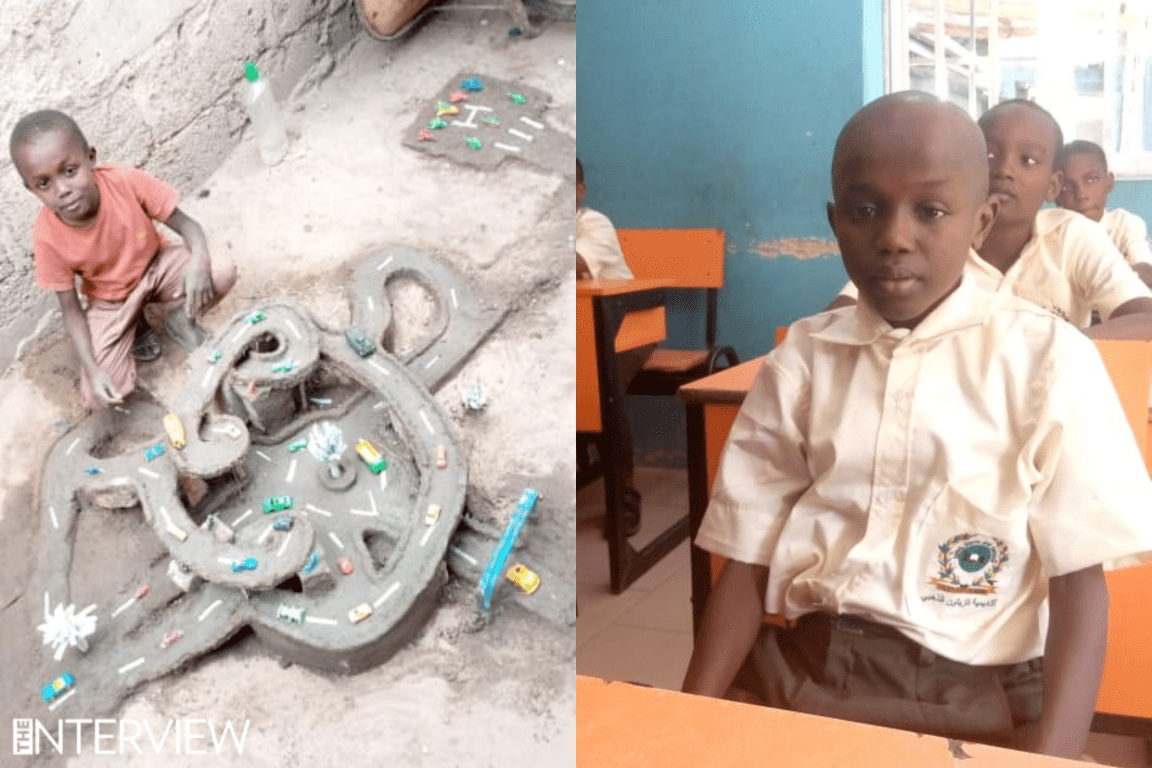 If he could, he might have built a highway to Sharm el-Sheikh where the world’s great and mighty gathered between November 6 and 18 at COP27 to discuss climate change.

At an age when his mates are dodging bullets and running scared with nothing on their backs in the midst of the chaos that Borno, a Boko Haram hotbed in Nigeria’s North East has been for nearly two decades, Musa is building things, literally, with his bare hands.

After the state government built its first flyover, as part of its effort to rebuild infrastructure ruined following years of violent Boko Haram insurgency, Musa, who was at the time in a Quranic school in Borno’s capital, Maiduguri, asked himself what he could also do for his community.

Even though his family had just been resettled around the Gwange area of Maiduguri from one of the numerous internally-displaced-persons camps in the state, Musa was still occasionally haunted by the fear of an uncertain future.

“We lived in fear. Fear of Boko Haram,” Musa said.

“Fear of being attacked and killed. Fear that something bad could happen to us at any time. At such times, I often ask myself, ‘What can I do with my life?’”

The first hint of an answer came to Musa when the Borno State government opened the state’s first flyover at Customs Roundabout, Gwange, a filthy, congested commercial spot in the capital, not far from Musa’s house.

In a state pockmarked by years of violent extremism and broken infrastructure, beauty remains a rare thing. Imagining it, even rarer.

“Scenes of the opening of the flyover and the beautification of the Customs Roundabout touched me,” enthused Musa, who snuck out of the house to take it all in after the opening ceremonies.

“I immediately started asking myself what I could do to beautify the environment.”

That was how he came about constructing his own prototype Roundabout – not with asphalt or steel, but with a mixture of cement, clay and stones!

He sourced the materials locally, with little money provided by his mother, a food seller.

To the discomfort of his eight other siblings, he quickly converted a portion of the verandah inside their three-room bungalow into his construction site!

He said building the model bridge with locally sourced materials was “an important win for conservation” and that it also opened his eyes to what he could do to improve his environment which, apart from insurgency, is also severely threatened by desert encroachment.

In a state pockmarked by years of violent extremism and broken infrastructure, beauty remains a rare thing. Imagining it, even rarer

“I used my clay model to test my creative ability and also to show the world my talent,” he said.

The model bridge is a mishmash of clay, cement, and oil painting done in six days of July this year.

Musa worked at it whenever he had time off Quranic school, hoping that it would take him closer to his dream of becoming a civil engineer one day.

That day may not be too far away.

In the six days that it took to complete the biblical story of creation, Musa’s model clay bridge was ready.

It may be a far cry from the model that guided the concrete Roundabout in his community, but for the 13-year-old, it’s an engineering wonder that may have changed the course of his life for good.

Did neighbours and friends think he was just mucking about with clay and paint when he started out?

“At first,” Musa said, “people were wondering what I actually intended to do. A few were even laughing. But when the work got fully under way, more and more people took me seriously. They saw that I was not joking.”

He still bears the scars on his hands and knees from wounds sustained while he mucked about on the floor with cement, stones and a water paint brush.

But the joy of his finished work and the fame that it has brought have wiped off the pain.

His mother, Hafsat, said she knew her son was not joking.

“He’s been like that since he was three,” she said. “He’s always loved doing things with his hands, especially things from nature. I’m not surprised.”

And that means a lot in a region of the country with an estimated 20 million out-of-school children, who are also potential recruits for Boko Haram and violent extremism.

Musa’s clay model bridge has become a museum of sorts. State governor, Babagana Zulum, visited Musa’s Gwange home in July to see for himself, with scores of state officials in tow.

Apart from a cash gift of N5 million to Musa, the governor also withdrew him from the Quranic school and enrolled him, on a scholarship, in Primary Four at Golden Olives Academy, where he has a far better chance to turn out well.

Musa hopes to go on to the university to study architecture or civil engineering and, beyond clay models, build greater things to beautify his community.

“The little that I have done,” he said, “has brought recognition and positive attention to my community. My success will encourage me and others to do more, instead of being idle.”

By the time the world is ready for Cop28 in Dubai, who knows if Musa might have built more than a clay bridge to connect not just his community, but perhaps his country, to the big stage?

And just when he thought he might be starting a mini-museum, misfortune struck!

The model Roundabout that he had carefully laid on the verandah, making his parents’ house a tourist centre of sorts, was destroyed!

“There was insufficient space in the house,” he said in an interview this week. “Also, people were trooping to see the work, causing chaos in our compound. Some boys even fought before they could come through to see the Roundabout.”

Alas, the same talisman that brought Musa a small fortune and considerable fame, including a personal visit by the governor, now lies in ruins!

Has his magic become his misery? He is taking it all in his stride, blaming the lack of space at home for this misfortune.

“The destruction could have been prevented if we had enough space at home,” he said.

Is he planning a re-make or would another project almost amount to a re-invention of the wheel?

Musa is not fazed. The talent that produced the crushed prototype appears ready to rebuild or even produce a bigger surprise.

For now, though, he is occupied by the challenges in his new school environment and is relishing the opportunities and competitive spirit.

An immediate concern for him appears to be plans by his family to relocate to old Maiduguri, in Jere Local Government, about three kilometres away from his new school.

If he cannot find a place or family to stay with in town, he’ll have to commute this distance to school daily and live with the uncertainty that his parents would be able to provide daily transport fare.

“I have so many things on my mind to construct in the future.

These would include houses, cars and even airplanes,” he said.

By the time the world is ready for Cop28 in Dubai, who knows if Musa might have built more than a clay bridge to connect not just his community, but perhaps his country, to the big stage?