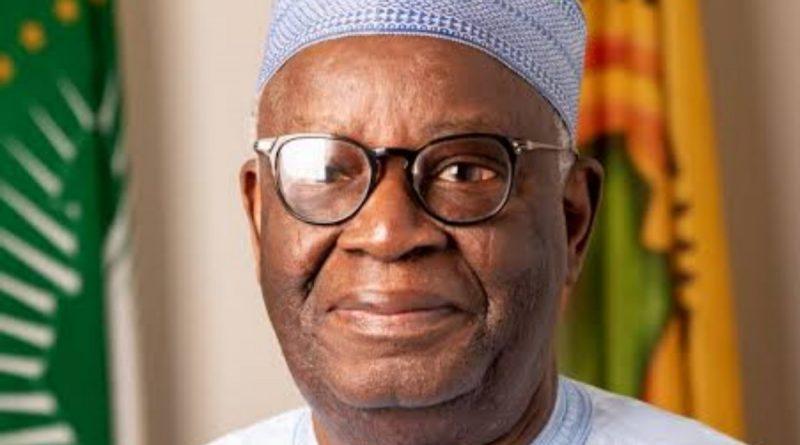 The Chief of Staff to the President, Prof. Ibrahim Gambari, has lauded President Muhammadu Buhari for always rewarding loyalty.

Gambari said Buhari does not ‘use and dump’ his subordinates like ”typical politicians”.

He stated this while responding to eulogies poured on him by the leadership of the State House and his staff in a reception organised to mark his 78th birthday in the Presidential Villa in Abuja.

Gambari recalled how he, as Minister of Foreign Affairs, was ousted alongside Buhari, then Military Head of State, in the military coup of August 1985; and how he was appointed as the Chief of Staff by the same man after having won election for the second term as the nation’s President.

He said: “When I came on board, I said my job is simple – to give loyalty, competence and support and that’s why even when Mr President sees me and calls Chief of Staff, I say ‘yes sir’;

”But the emphasis is on ‘Staff’ not on ‘Chief’ because there is only one Chief and that’s the President and our duty is to support him loyally and competently.

“When I was offered this job by the president, he brought out a picture that was taken in June 1985, it was at the OAU Summit.

”The then Head of State was sitting in the middle, and his then Chief Press Secretary, Wada Maida, to his right.

“And he said: ‘do you remember this picture? I said ‘No Sir, but I remember the ocassion’. He said: ‘well, you were my Foreign Minister, we were kicked out of government in 1985, 35 years later, I find the opportunity to bring you back’.

“He said ‘we were interrupted then and I am bringing you back now to let you continue where we stopped’.

”I thanked him very much and I said can I have hold this picture so that I can make a copy? He said no, I kept mine, go and find yours.

“There are three reasons why I put that picture in front of my office. First, to return to the important point of departure; to show the kind of person our President is.

”He doesn’t forget those who have worked with him, who have served him loyally and in whom he has confidence. Some other people use and dump, not him.”

In a goodwill remark, the Deputy Chief of Staff (Vice-President), Ade Rahman Ipaye, described Gambari as ”a renowned diplomat with a large image and heart, who has entirely fulfilled his promise of running a joint administration of the presidency”.

While describing his boss as a teacher, Ipaye said he had looked forward to working with Gambari, and learning from him, and “I have since not been disappointed for once”.

The State House Permanent Secretary, Alhaji Tijjani Umar, also eulogised the chief of staff for living to his words to ensure a united presidency traversing the offices of the President and the Vice-President, without adversary camps.

He also described Gambari as a teacher and mentor, who has been quite approachable and responsive to concerns of the staff of the State House.

Also speaking at the event, the Special Adviser to the President on Media and Publicity, Mr Femi Adesina, noted that while others had their offices defining them, Gambari had defined himself before his appointment as Chief of Staff.

“He already had value before coming here, and was not coming to get value. He is now adding value to the Presidency.

”We have worked seamlessly together since your arrival here, and I appreciate that.

“I remember how, when you assumed office and at our first meeting, you simply asked me to see you as a senior uncle. You look good at 78 and we pray for God to give you more years in good health,” Adesina said.

There were also eulogies from Gambari’s staff, with the Senior Special Assistant on Administration and Operations, Mr Ibrahim Dikko, thanking the chief of staff for “putting together a youthful team to work with and still giving us freedom of expression, and trusting us to deliver”.