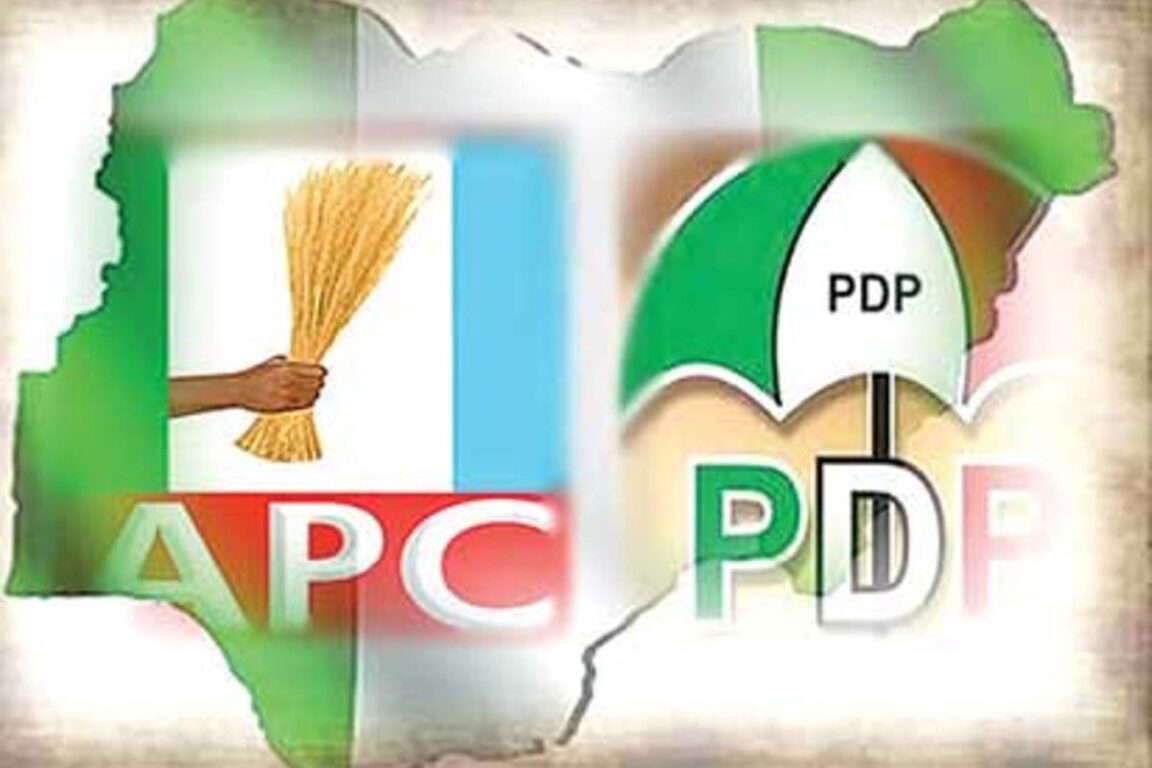 Azu Ishiekwene: They say that choosing between any of the two leading presidential candidates for 2023 – Asiwaju Bola Ahmed Tinubu of the All Progressives Congress (APC) and former Vice President Atiku Abubakar of the People’s Democratic Party (PDP) – is like choosing between death by drinking acid and death by drinking hemlock/ Photo credit: Vanguard
125
SHARES
ShareTweetShare
ShareRepostPinterest

Regrettably, even though I also recruited help nearby to press home my point, my unsolicited advice fell on deaf ears.

My friend’s mind was made up and nothing would stop him. What he intends to do, according to him, is to vote for a candidate in the 2023 presidential election that he knows would lose.

He did not name names, though in the countdown to next year’s election, I have heard the suspect mentioned by many in this way.

His main point was to let me know that he intends to express his civic duty as an act of defiance.

According to the International Institute for Democracy and Electoral Assistance (IDEA), even though the number of countries that hold elections have increased over the years, there has been a continued decline in voter interest.

In Nigeria it’s been around 50 percent in the last six election cycles.

Still as the next election approaches, millions of Nigerians plan either to abstain or to vote for a potential loser.

What is it about the psychology of the Contrarian Voter that equates a simple civic task with electoral homicide?

Either act, like Hobson’s choice or Cornelia’s dilemma, would lead to the same predictable outcome.

Isn’t that what we say of most, if not all, of our politicians – that they are mostly old and feeble and perennially corrupt, greedy and bereft?

If that is the trope that politicians have canvassed of themselves and which the media has generously spread and reinforced over time who can blame my friend, the Contrarian, for preferring political homicide?

And let no one pretend there’s a last saint standing.

The rose among the thorns, if there were any left, has been crushed by politicians who outdo themselves in mudslinging before every election cycle.

k
They call themselves crooks, bigots and incompetents all of which have been adequately published in the press or logged in the bowels of search engines.

Pundits like me simply helped to finish off any virtue left, to the point where my Contrarian voter friend is now unwilling to touch politicians with a ten-foot pole.

He would rather waste his vote than cast it for scoundrels, he insisted.

There was no use asking him on whom he intended to waste it.

Framing his choice as a wastebasket may be a shade more polite or comforting, but in a way, his wastebasket – whoever he is – is just a cousin of the perennially maligned lot.

My friend’s position reminded me of an article by one of America’s most outstanding psychiatrist and political columnists, Charles Krauthammer, published in May 1984 and entitled, “The Appeal of Ordeal.”

Krauthammer, contemplating the decline of trust in politics, asked why anyone should worry about poor voter turnout or indifference when the standard fare every campaign season is that politicians are crooked, corrupt and useless?

Never mind that when the campaign is over and the day is done, the same politicians who dragged one another in the mud still get into office either in the executive or legislative branch.

And yes, they still grant favours to their failed, maligned compatriots.

They make the laws and enforce them and in-between even find time to banter and regale us on their follies.

Only last week, for example, in a rare moment of candour, former APC Chairman, Adams Oshiomhole, told former President Goodluck Jonathan that all the name-calling and thrashing didn’t not come from his heart. “I fought you,” he said, “because of politics”.

In what other vocation other than politics would subscribers still be expected to subscribe in large numbers after being warned over and over again that the only choices before them are between crooks and that voting either way would have disastrous consequences?

To adapt Krauthammer, in spite of the troubling record of Dana Air, is it ever likely that rival airlines Ibom Air or Air Peace would cite the crashes of Dana in adverts to promote their own sales.

Or that AIICO Insurance would mention by name the failures of any other leading insurance company to boost its own premium-honouring credentials?

Not even in a blood sport as cruel as boxing is the fight promoter obsessed with the personal hubris of the contenders.

Yet in politics, all bets are off.

It is, in fact, expected of politicians in whose hands we entrust our lives each time we vote, that their closet should be ransacked, their darkest secrets found and exposed and every bit of their shenanigans brought to light as a rite of passage.

It doesn’t stop there. Apart from stipulating that politicians must be fiddle-fit, we also insist that they must travel the 36 states, reach all local government areas, bow before every traditional ruler or local idol and dress like the locals.

Which was why a) President Muhammadu Buhari was dressed in suit and a bow tie it seems for the first time in his life back in 2015 and b) Transport Minister Rotimi Amaechi ran round the Port Harcourt Stadium to prove his fitness for the APC presidential ticket, when families of those kidnapped in the Abuja-Kaduna train attack were drowning in despair.

We have seen, haven’t we, that the circus always ends in tears!

But it doesn’t matter.

Whatever they do at night, or when no one is looking, all we care about is that they must carry one sectarian label or the other, preferably, Christian or Muslim.

But again, haven’t we seen it all – whether in the Oval Office of the Bill Clinton White House with Monica Lewinsky or in the nepotism of the Buhari years – that the hood doesn’t make the monk?

I know I face the risk of being accused of giving politicians a soft pass and advocating the lowest common denominator.

I’m simply saying that in the obsession to find politicians walking where angels fear to tread, we have failed to accept that humans will, be well, humans – foibles, warts and all.

Those who insist that politics is a special sphere, unlike any other, say standards of conduct must be impeccably high.

They prefer to apply the favourite Truman rejoinder that those who can’t stand the heat must get out of the political kitchen.

We insist that only trial by ordeal can refine our politics. Fair enough.

But also keep in mind that it was the frenzy of the Truman era that produced the red-baiting of McCathartysm, among other unenviable legacies of Truman’s broth.

It doesn’t make sense that we are searching for saints to elect or hoping for high voter turn-out when we spend cycle after cycle of campaign demonising politics and politicians only to end up moaning about the hopelessly corrupt choices before voters.

By all means let contenders be subject to the rules of the game that they have agreed to participate in.

And sure, we also need to strengthen institutions as a safeguard.

But in the end, they should be judged as humans and therefore as work in progress, like the rest of us.

They should be judged on their record, not as irredeemable scoundrels or wastebaskets.

For indeed who knew that the 20th century’s most indispensable politician, Winston Churchill, could attain such a remarkable height and life of service after once declaring with his own mouth that he was finished?

Finished in politics, my Contrarian friend, is where the work starts.