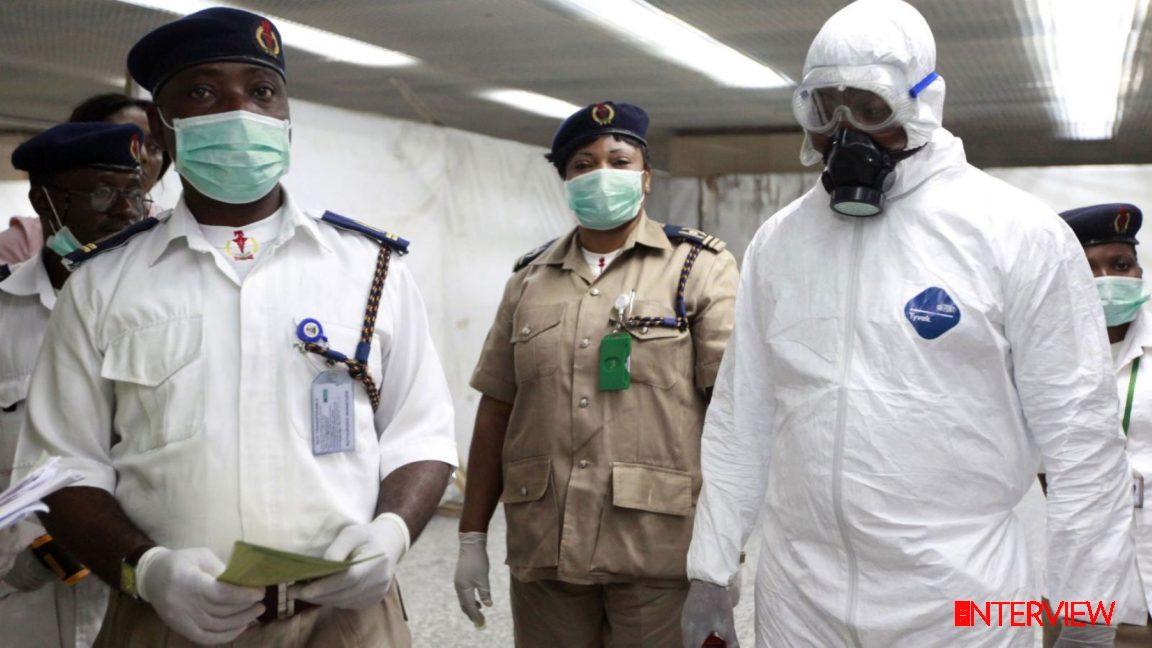 The government did not extend the lockdown by two weeks to punish us.

But the unintended consequence of the extension for a poor country such as ours will be just that: hardship beyond description, misery by default.

Yet, that might not even be the worst thing.

It appears that on top of the hardship, a good number of people would also have to endure the indescribable feeling that they’re being ripped off by people who are claiming to bring them relief.

Politicians are feathering their nests using COVID-19 as excuse; a few security men deployed to enforce the lockdown are exploiting it. Increasingly, the losers are citizens that the lockdown is supposed to save and protect.

I hope I’m wrong. But the way things are going, we may spend the next two weeks quibbling about relief, especially relief involving public funds and resources, while making very little progress, if at all, on how to contain COVID-19 and keep the virus from spreading.

Our data is notoriously unreliable and if a professor can conceal the report of an infected patient under his care as we saw in Ilorin recently, while leaving many others exposed, then you’ll be entitled to worry genuinely about just how much we know and is being reported.

Until a few days ago, I was a big fan of testing, testing and testing.

I still believe testing is important because data, reliable data, ought to direct action.

The way things are going, we may spend the next two weeks quibbling about relief, especially relief involving public funds and resources, while making very little progress, if at all, on how to contain COVID-19 and keep the virus from spreading

But considering where we are at today (about 6,000 tests so far, and at an official figure of 500 daily), it will take 3,600 days or 10 years to test one percent, that is 1.8m of our population or five years, if we double the testing rate.

Therefore, instead of locking people down for another two weeks hoping that they’ll be looked after by the head of a presidential task force who didn’t know our hospitals were in a shambles till now, we should take the COVID-19 bull by the horns.

And that was what I was hoping President Muhammadu Buhari would address in his speech on Monday.

We may not have the best hospitals or the best healthcare system, but on COVID-19, we have a few things going for us which we need to focus on instead of locking ourselves away in fear and despair, while exploiters take advantage.

A few of the best authorities and studies on epidemics suggest that “high temperature and high relative humidity” tend to impede the spread of the virus.

Also, though only anecdotal evidence exists for now, acquired immunity and resilience among populations in flu or fever endemic areas such as ours have served as defenses of sorts, with allowance, of course, for pre-existing conditions.

Instead of locking people down and forcing them to choose between breaking the law to survive and staying at home for hunger to further erode their immunity, we should take the fight to the virus

If you consider the numbers that are being discharged daily, especially in Lagos where 61 (out of 189 who tested positive) had been discharged as at Monday night, the question is: what are the survivors being treated with that can be of use, under medical advice, to a much larger symptomatic population?

Why are we not being told, by verified channels, what the survivors are using and what efforts are being made to extend their use, instead of this obsession with copying and pasting what is happening in Europe and the US, where the prevailing conditions are not exactly the same as ours?

COVID-19 survivor and chief medical director of the University College Hospital, Ibadan, Professor Jesse Otegbayo, said that he used a combination of hydroxychloroquine and Vitamin C, which he had been using early on (possibly combined with paracetamol), under medical advice, for treatment.

A registered family doctor in Monroe, New York, Vladimir Zelenko, said he successfully treated 699 patients who presented with COVID-19 symptoms with “a cocktail of drugs including the anti-malarial drug, hydroxychloroquine.”

My gut feeling – and this is mine alone – is that there are hundreds of Nigerians who have COVID-19 symptoms, but who either out of shame, fear, ignorance, poverty or a combination of all of these, have decided to treat themselves with whatever herbs they can find and not a few will survive without knowing how, but happy and relieved to survive anyway.

Instead of locking people down and forcing them to choose between breaking the law to survive and staying at home for hunger to further erode their immunity, we should take the fight to the virus.

In addition to shedding more light on the treatments that have been successful and finding ways of making such treatments more widely available under medical advice, the Federal Government can also follow the lead of the Ekiti State government by insisting that going forward, all Nigerians must wear face masks outdoors, at this time.

That is not difficult or expensive to make and security men can be deployed in major crowd-prone areas to enforce compliance instead of leaving them to roam as emergency commercial bus drivers.

Also, instead of concentrating test kits in a few locations, some private hospitals can be encouraged to open test centres, while the Federal Government focuses on expanding laboratories from the present 12 and helping states set up Coronavirus wards in more public hospitals.

Buhari’s promise to expand the social safety register by one million is commendable, but fraught and daunting.

It is also significant that Buhari addressed the country twice in two weeks, to underscore the emergency of the moment and a break from the president’s character in his five-year presidency.

Yet, his speech could have gone much farther.

Buhari’s promise to expand the social safety register by one million is commendable, but fraught and daunting

What is the point in extending lockdown when desperate transporters are paying armed policemen to carry loads of passengers, who may or may not be carrying the virus, from one state to another?

And by the way, a number of states, driven by fear, ignorance or indifference, are doing their own thing. How did we arrive at 14 days extension, instead of one week or even three? And what exactly is the plan after the extension?

Government may already have an idea what it intends to do. It has said it won’t fire public servants, but would do all it can to help farmers and start-ups. But with a recent forecast by Agusto Consulting that the post-COVID-19 economy could recess more than in 2016 and oil prices at $30 per barrel, where is the money coming from?

Private sector employers are watching closely, asking themselves why in the perilous and uncertain days ahead they should go back to the number of staff they had pre-COVID-19 lockdown, knowing what they now know technology can do. There’ll be very painful trade-offs.

Public anger and resentment about the extension is not because people do not value their lives.

Or because they want to harm others.

It’s largely because they think some people are using the lockdown to make money and enrich themselves while preventing the mass of the population who live from hand-to-mouth, from going out to help themselves.

I know a hair dresser who provides only home service because she cannot afford the cost of renting a shop.

Her husband is a conductor who barely gets enough daily to make ends meet.

How will the couple cope with their three children when the woman cannot go out to make customers’ hair and the man cannot leave home because commercial buses are grounded for four weeks?

The man does not need to tell me. Like millions of Nigerians in his shoes, he will go out, even if it kills him. Every single avoidable death is sad.

The earlier people are allowed to go out and begin to put their lives back together again, the better for everyone before the cure gets more deadly than the disease

But who says that at the end of this extension, even by current data, there’ll be fewer deaths from the virus than there would be from malaria, Lassa fever or armed robbery over the same period?

How do we save people from COVID-19 and save COVID-19 from becoming another scam?

Take, for example, the announcement by the Federal Government that it would distribute as palliatives, 150 trailer-loads of rice seized by Customs.

If the 150 trailer-loads of rice were shared equally across the 36 states – from Lagos with over 20 million people to Bayelsa with 1.7m – each will get about 2,500 bags, since each trailer contains roughly 600 bags.

But 10 days after the announcement, nothing has been seen or heard yet.

The intention may be great, but the sheer cost of the logistics would make the exercise prone to abuse.

The idea that any African government can feed people is a pathetic joke.

It gets curiouser as you go up the food chain. While there is already a petition that Governor Ahmadu Fintiri of Adamawa State diverted 23 trailer loads of relief materials sent to the state for COVID-19, the Northern Governors’ Forum is asking for money to fight the virus.

The Forum did not say what the money would be used for – PPE, ventilators, test centres and kits, allowances for medical personnel, palliatives – or what?

Yet, we’re told, in the name of COVID-19, that the states need money – money that may not reach the millions of people in lockdown at home, money that will not be accounted for or deployed even remotely for the benefit of citizens. And we must accept more restriction as reward for this hubris?

In the end, it would be every man for himself.

The earlier people are allowed to go out and begin to put their lives back together again, the better for everyone before the cure gets more deadly than the disease.