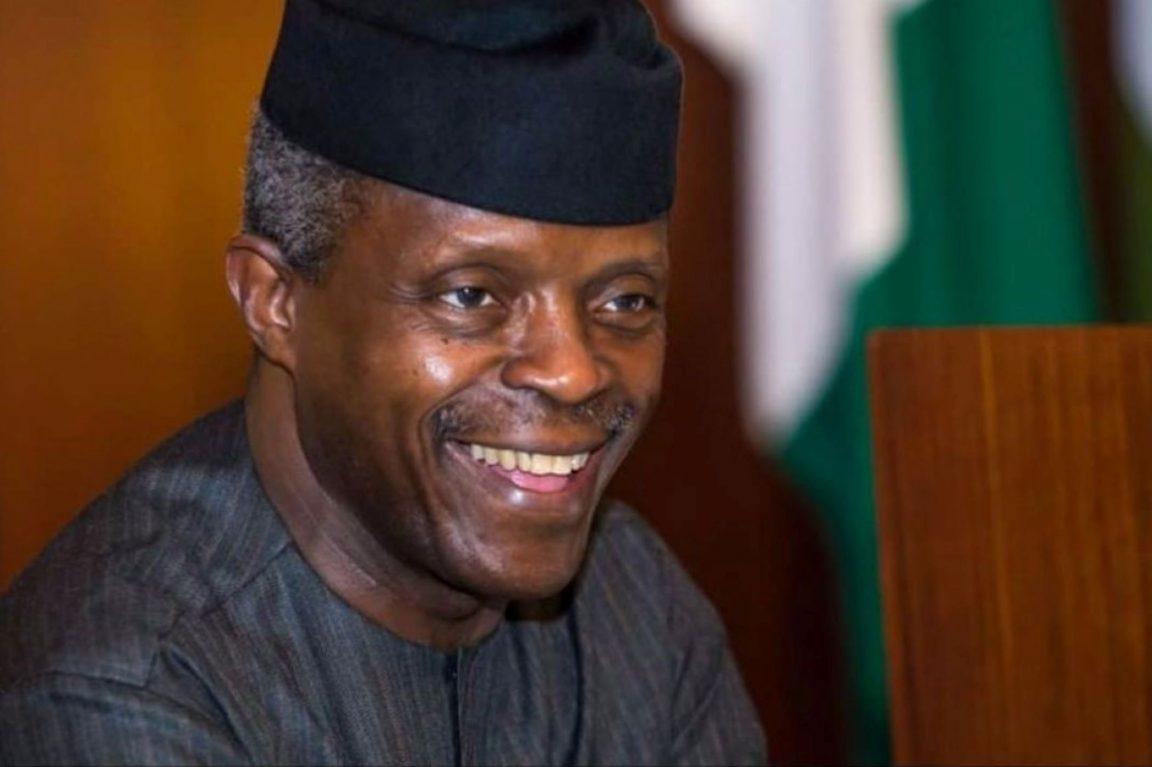 Vice President Yemi Osinbajo, says Africa’s developmental aspirations can be actualised by deepening cooperation and collaboration with the rest of the world.

Osinbajo’s spokesman, Laolu Akande, in a statement on Monday, said the vice president spoke at the opening session of a panel on the ongoing Africa CEO Forum holding in Abidjan, Cote d’Ivoire.

Osinbajo talked on the importance of collaboration between Africa and the rest of the world, saying there is the need for caution on the issue of economic sovereignty.

The theme of the forum is, “Economic Sovereignty: From Ambition to Action.”

The vice president who had arrived in Cote d’Ivoire on n Sunday night was welcomed at the Felix Houphouët-Boigny International Airport by the Prime Minister of Cote d’Ivoire, Mr. Patrick Achi.

Other speakers at the panel were President Nana Akufo-Addo of Ghana, the Managing Director of the International Finance Corporation, Mr Makhtar Diop, the Governor of the Kenyan Central Bank, Dr Patrick Njoroge, the CEO of Telcar Cocoa, Kate Kanyi Tometi-Fotso and CEO of Instadeep, Karim Beguir.

“I think that we have to be a bit more careful with the concept of economic sovereignty because we really need to collaborate more and with the way that development is going, we need to watch some of these things.

“For instance, if we look at the way that technology is going which is key for us in Nigeria, particularly issues of taxation of tech companies and all of that, it is evident that this is difficult and it is a major expression of sovereign power – the power to tax.

“The way that the world and technology are structured today, there is no way that you can use the same basis – personal and territorial basis for taxation.

“These are multinational enterprises that spread across countries and continents.

According to him, while Africa is looking inwards, it has to be very careful to look outwards as well because a lot of money is obviously used by tech companies across the world and a lot of African countries are value creators for these companies.

The vice president said there was a great need for Africa to look inwards and at the same time keep its eyes on the ball because it needed to recognizlse that the world had gone beyond brick and mortar.

“The world is now more about intellectual capital. We have to think of how we can work with the world to achieve maximum benefit for our intellectual capacity,” he said.

In an interaction with organisers of the forum, the CEO of BUA Group, Alhaji Abdulsamad Rabiu, spoke about the concept of economic sovereignty, urging Africa to look inwards as a way of fast-tracking development on the continent.

He cited leveraging opportunities provided by the Africa Continental Free Trade Agreement (AfCFTA) and improving infrastructure as some of the key areas that leaders in the continent must focus on.

Earlier at the opening ceremony of the forum, President Alassane Ouattara of Cote d’Ivoire commended the initiative of the organisers to bring together public and private sector leaders across the continent and beyond to discuss and develop new paths aimed at boosting the transformation of economies across Africa.

He said that though the COVID-19 pandemic might have negatively impacted growth projections in the continent, the vision of the forum and similar efforts were geared towards fruitful collaborations, “building new partnerships between the public and private sectors, especially providing opportunities for young Africans with particular focus on green economy.”

On his part, the President and Founder of the Africa CEO Forum, Amir Yahmed, commended leaders across the continent for their efforts despite the disruptions in the global economy occasioned by the COVID-19 pandemic and the Russia-Ukraine conflict.

He said that economic sovereignty, green economy and industrial transformation, among others, are new paths to Africa’s prosperity.

Yahmed added that the projected impact of the AfCFTA on economies across the continent is premised on a viable and productive economy.