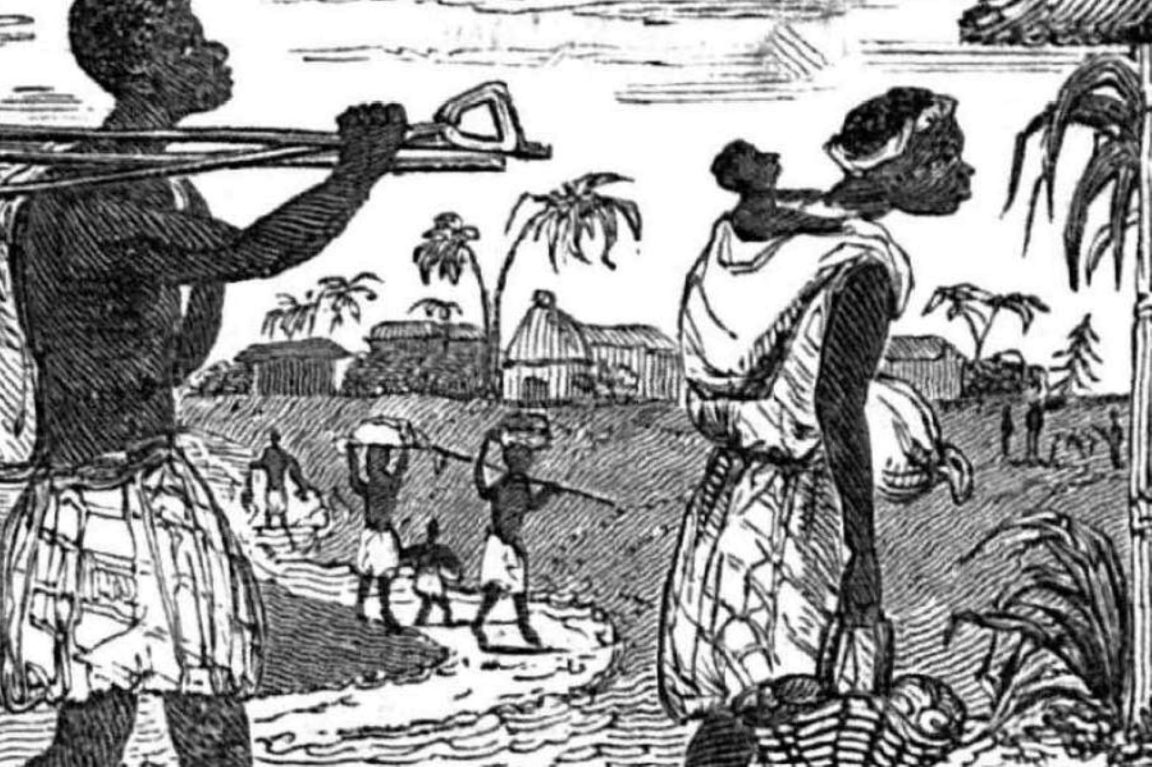 Azu Ishiekwene: Caribbean countries are calling for reparations for the atrocities of the past.
91
SHARES
ShareTweetShare
ShareRepostPinterest

Nigeria’s spectacular crises in almost every facet of its national life are inescapable. They cling like your skin. And for your sanity, you must detox from time to time.

I hope this trip to Grenada, through Afghanistan, helps.

Instead of writing about killings of the most bestial variety up and down the country, an economy on life support, insecurity, ASUU strike, men fighting for Allah and those defending them, the politics of 2023 that has left even politicians confused and enthroned delegates as royalty, I’ve decided to comment on a topic in which I recently renewed interest.

In a recent special report, Laura Trevelyan, a BBC anchor and correspondent, visited her ancestors’ former slave plantation in Grenada. In that report, sights and sounds in the Caribbean Island reminded slave owners and the enslaved about the grim legacy of slavery.

By the time Britain abolished African slavery in 1833, the British Slave Compensation Commission paid its 46,000 slave owners a whooping sum of £20million, or 40 per cent of its expenditure in 1834.

“In a family email chain, I learned that the Trevelyans received about £34,000 for the loss of their ‘property’ on Grenada – the equivalent of about £3m in today’s money,” Trevelyan said.

In America, after the abolition of slavery, the government, through the Homestead Act of 1862, created a new asset ownership model for white Americans but denied same to former slaves.

In a book co-authored with Kirsten Mullen, William Darity, a professor of public policy, wrote: “Black families received no assets while large numbers of white families received substantial assets as a starting point for building wealth in the United States.”

A system which compensated a people who had already profited from a brutal practice but left the actual victims of the cruelty impoverished, genetically sick, eternally oppressed and their region glaringly underdeveloped can only fuel the feeling of inequality and deprivation Black people suffer in many Western countries.

For this reason, Caribbean countries are calling for reparations for the atrocities of the past.

Thus, they have all set up National Commission on Reparations for Slavery.

In a speech in London in 1992, late MKO Abiola told his audience, that the demand for reparation was based on a tripod of moral, historical and legal arguments.

As a group, the idea of reparations for slavery is being championed by the Caribbean Community or CARICOM, a 20-member economic, cultural and political bloc.

The idea of reparations for slavery is not new.

Since the end of the American Civil War, there have been calls for reparations in one form or another.

It also became one the passions of the late business mogul and politician, MKO Abiola.

Arguably the richest black man of his era, Abiola was famous for his philanthropy.

Not many, however, remember that he also deployed his enormous resources towards the campaign for reparation to Africa from its old colonial masters.

Racism of all shades and forms is a direct fallout of slavery and although reparations will not undo the inhuman system of centuries ago, many argue that it will at least demonstrate remorse by the perpetrators and bring closure to the victims.

Many are also calling on the US government and the British monarchy to lead the reparation process.

And their cold shoulders on the matter have been met with condemnation and protests among Black communities in Africa, the Caribbean and Europe.

In March, Prince William and Kate Middleton faced protests in Jamaica, the Bahamas and Belize during their Caribbean tour.

In 2021, Barbados dropped the Queen of England as head of state in the presence of her son, Prince Charles.

Racism of all shades and forms is a direct fallout of slavery and although reparations will not undo the inhuman system of centuries ago, many argue that it will at least demonstrate remorse by the perpetrators and bring closure to the victims

In the US, where 74 per cent of African Americans favours reparation while 85 per cent of white people opposes it (according to an Associated Press poll), the H.R. 40 bill which proposes to create a commission to study slavery and discrimination has been gathering dust since 1989.

And although there seems to be a renewed interest in confronting systemic racism and inequality by the present administration, it is yet to be seen whether Biden’s fresh appetite has reparations for restitution on its menu.

In response, journalist and author Ta-Nehisi Coates countered the lawmaker by reminding him that the US was still paying out pensions to the descendants of Civil War soldiers despite no one being alive who signed those treaties!

Agreeing on reparations for slavery is already a contentious issue.

However, the form or forms they should take is even more controversial.

While some are pressing strongly for direct cash payments, others think reparations should come in the form of investment in infrastructure, education and health sectors of descendants and former colonies.

However, beyond the big figures and arguments for and against reparations, individuals such as Trevelyan can take baby steps towards compensating descendants of slaves

Either way, agitators agree that the first step towards reparations is for the beneficiaries of Black slavery – US, Britain, The Netherlands, France, Spain, Portugal, Belgium, Germany, etc – to own up, admit that slavery was a cruel act and tender an unreserved, unequivocal apology to former slaves and their descendants.

No healing process kicks off without an admission of guilt and that first step, although the most difficult on the part of former slave masters, is the soothing balm former slaves and their descendants desire and deserve.

If anyone is in doubt, they should look back at the decision of the UK government in 2013 to express “sincere regret” and offer compensation for the acts of torture that British colonial government carried out against Kenyans fighting for liberation from colonial rule which was greeted with jubilation in Nairobi and beyond.

I think the West will eventually bow to the pressure coming from Caribbean countries on the issue of reparations for slavery in the forms of investment and cooperation.

But without the zest of MKO and the eminent persons group, who is still bothered about reparations to the Africa?

Not known for half measures, MKO convened and sponsored the first world conference on reparations at the Nigeria Institute of International Affairs, Lagos, in 1990 and formally inaugurated the reparations campaign.

In 1991 the Heads of State and Government of the defunct Organization of African Unity during the 55th Summit of the Council of Ministers passed a resolution recognising the injustice of slavery and demanded Africa’s right to reparations.

Not much is heard about this legacy of MKO anymore, notwithstanding the fact that the continent needs such conversations more than ever before.

Although there are many reasons the disparity in the median distribution of wealth in the US tilts significantly in favour of white families ($188k for whites compared to $24k for blacks), the lingering slave-related legacy is one of them.

Analysts have estimated the cost of reparations within the US alone at between $10trillion and $19trillion, depending on model and excluding the demands of Caribbean countries.

It sounds like a huge sum of money, but how much is enough to pay for the physical, emotional and medical loss of slaves and their descendants?

If denominated in today’s currency, what is the monetary value of the forced, torturous labour Black slaves put up with in plantations in the Americas?

However, beyond the big figures and arguments for and against reparations, individuals such as Trevelyan can take baby steps towards compensating descendants of slaves.

In her case, she was able to trace descendants of some of her ancestors’ slaves in Grenada.

When she asked if giving money to help Grenadian students with higher education amounts to empty gesture, she was told that it would be a great symbolic gesture. “Think of the impact if every one of the slave-owning families did the same thing,” she was told.

Maybe we should start from there.