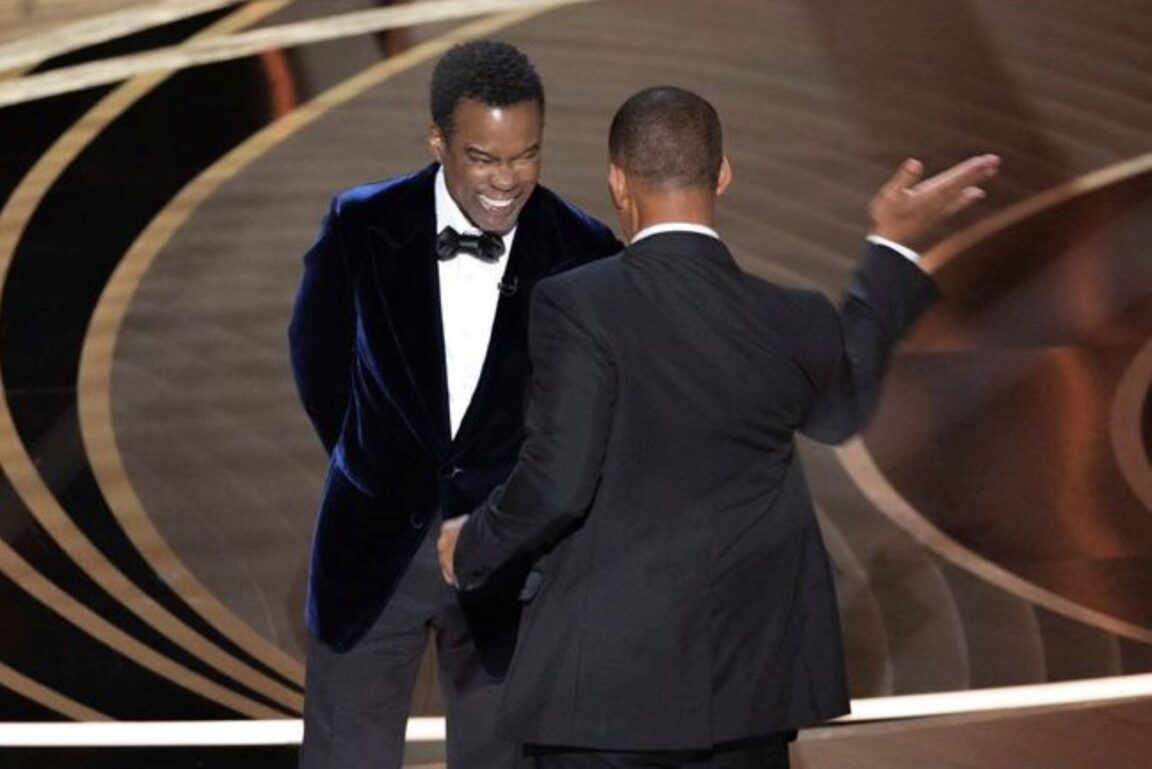 One week before Hollywood, Nigeria hosted a different kind of Oscar moment.

At the swearing-in ceremony of Charles Soludo, former Governor of the Central Bank and new governor of the most commercially significant southeast states, the wife of the outgoing governor, Ebele Obiano, staged an unusual drama.

Ebele, Nigeria’s modest answer to Kenya’s tempestuous Lucy Kibaki, sashayed across the dais to where Bianca Ojukwu Nigeria’s former ambassador to Spain was sitting to mockingly question what she was doing at the ceremony after years of being a thorn in the government’s side.

What followed wasn’t as pretty as Ebele’s butterfly-sleeved pink dress.

Right there before hundreds of guests and hundreds more watching on TV and following on social media, Bianca, a former beauty Queen and ambassador, landed the outgoing governor’s wife a slap and ripped her wig.

Nollywood may have called it, Fury Of The Fish Wives.

But this wasn’t a movie; it was real.

It was supplanted by an excited public that obviously judged Bianca’s assault excusable recompense for a provincial First Lady whose contempt for the state apart from purchasing a pair of Gucci glasses worth $2,755, also included shopping for personal designer COVID-19 vaccines when the state could not afford a single jab for its citizens.

Unfortunately, comedians, like most creative people, get paid to trade not only in others’ foibles, quirks or pet peeves, but in their misery as well

Even though she responded by claiming she had acted in self-defence, questions are still being asked about what kind of example she had set, whether she did not go too far and whether, in fact, the public had not been unfair in judging Ebele‘s record.

We had barely recovered from the Ebele-Bianca face off when Will Smith happened thousands of miles away, momentarily giving the impression that Hollywood had taken a leaf from Nollywood, except that even Woody Allen might have been hard pressed to script this.

What was Will Smith thinking when he leapt to the stage and decked Chris Rock in reaction to the latter’s joke about Jada Pinkett Smith’s hair loss?

Some might say this question puts the cart before the horse.

That the joke should not be on Will Smith but on Rock, who chose the Smiths’ day of joy to crack a poor, tasteless joke with no regard whatsoever for the misery that Jada’s hair loss (a medical condition), must be causing the family.

Unfortunately, comedians, like most creative people, get paid to trade not only in others’ foibles, quirks or pet peeves, but in their misery as well.

In his final days, Saddam Hussein served an Iraqi cabaret a death sentence for making him the butt of their jokes.

For years, South Africa’s President Jacob Zuma was the subject of scathing jokes, and was in fact crowned with a “shower head”, a cartoon caricature from the president’s testimony during his rape trial.

Five years ago, American comedian, Katty Griffin, thought it was funny when she posed for a photo with the replica of Donald Trump’s tomato-splattered head.

But the backlash was more than she bargained for.

In spite of her apology that it was in the nature of her business to constantly “move the line” and then “cross it” and that she didn’t mean any harm, she lost her tour dates and endorsements apart from being fired by CNN.

And a tasteless joke by popular Nigerian comedian, Basketmouth, in 2014 comparing dating experiences between “white girls” and “African girls”, with a primer on which variety required “a bit of rape” to straighten out, was filed away until 2019 when he was chosen as an influencer for an EU-sponsored campaign against gender-based violence.

The joke came back to haunt him.

In spite of his apology, it cost him his EU endorsement as well.

I don’t think there’s too much disagreement about whether Rock’s joke on Jada crossed the line. Alopecia, a general term used for any form of hair loss, is not a laughing matter.

While the disease is not medically serious, sufferers endure different levels of psychological discomfort, which like talking about periodontal disease or tooth loss in the presence of the elderly, can only compound their misery.

Some have said that a balding man would have taken the joke on his chin and that, in fact, Will Smith laughed momentarily before he caught the joke.

But Jada is not a balding man and didn’t need to be.

She is an actress who has struggled with a medical condition.

She has not been shy to acknowledge her condition and it was maliciously cynical of Rock to exploit it for a laugh.

The relationship between the Smiths and Rock is also fraught.

After Rock’s 2016 swipe at the Smiths that “Jada boycotting the Oscars is like me boycotting Rihanna’s panties,” and his comment that the Smiths “went mad” that there were no Black nominees that year, you would expect Rock to make his mickey elsewhere.

But not only did it have to be the Smiths again, it had to be Jada’s hair this time.

Unfortunately, however mildly the Academy may have responded to this embarrassing moment of one Black man striking another on stage, it just feeds the prejudice of a few who would use the incident to justify sleepwalking on demands for a more diverse, inclusive Oscars.

There have, in fact, been insinuations that the Academy’s reluctance to press charges, which is possible under California laws, is not necessarily for Smith’s sake but more for its own enlightened self-interest.

How does going from #OscarsSowhite to #OscarsBlackfights help the Academy, for example?

And would Will Smith have responded the same way if Rock was a Caucasian comedian?

Or did the joke only suddenly become insensitive and bad because he was at the receiving end?

Medieval literature is replete with fighting for love or chivalry, which not only ended in personal tragedies but sometimes in ghastly blood feuds like the Spanish succession wars.

But the world has come a long way since.

Jada didn’t need Will Smith to take us back to Lancelot or Shakespeare’s Romeo and Juliet.

Will Smith would have better served himself, Jada and millions around the world watching, by taking the stage not twice, but once, to express his displeasure and demand an apology for Rock’s rotten joke

But in taking the law into his own hands and responding in a violent way, Will Smith modelled the worst excesses of modern pop culture – broken, out-of-control and narcissistic.

It’s part of the reason why we do our best to keep our children as far away from that space as we can.

To watch, on live TV, one celebrity decking the other suggests that it’s OK to smash the next fellow if you don’t like his or her joke.

Will Smith didn’t help Jada either.

His action, like the unintended consequence of all chivalry, is to portray women as weak, defenceless and incomplete without male approval and protection, even when it is as foolish and needless as it was in this instance.

In restraining himself after he was slapped, Rock looked the more admirable of the pair in the disgusting spectacle, somehow redeeming himself even in his moment of insane ribaldry.

Will Smith would have better served himself, Jada and millions around the world watching, by taking the stage not twice, but once, to express his displeasure and demand an apology for Rock’s rotten joke.

And even if Will Smith didn’t step up, Jada’s extraordinary career and sterling social work are legacies that cannot be diminished by the unguarded moment of a chatterbox.

We see from the crime scenes – whether at the slapping drama at the Nigerian handover ceremony or at the Oscars in California – that politicians and celebrities are human and like most humans would in a moment of insanity say or do the wrong things in total disregard of their social status or the values we hold dear.

Will Smith’s assault on Chris Rock won’t be the last unscripted highlight of the Oscar and other Hollywood big nights.

Even if the world turns the other cheek, celebrities would deck it because they assume that their status entitles them to do so.