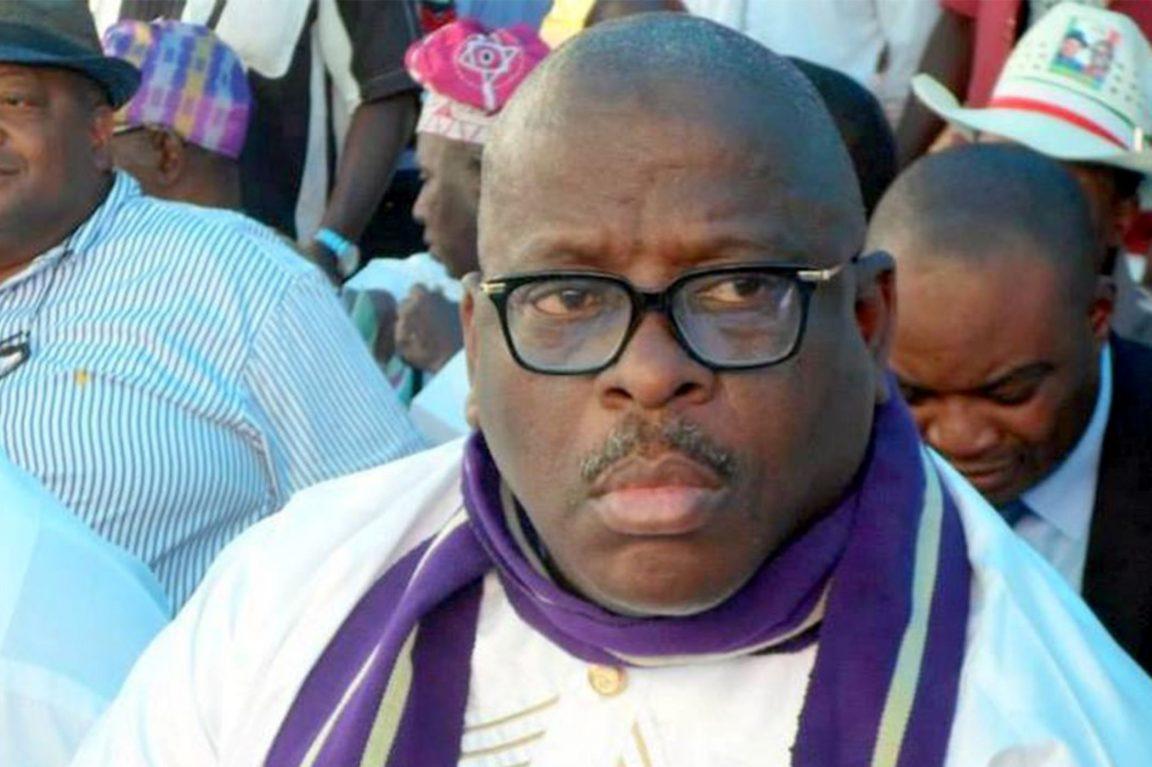 Usually, condolence letters are addressed to the bereaved family, while others could be in copy.

But former President Obasanjo chose, instead, to indulge his pet peeve his own way.

He sent his condolence letter on the passing of Buruji Kashamu to Ogun State Governor, Dapo Abiodun, hoping that somehow, the family will get the message.

Well, thanks to social media, not only Kashamu’s family, the wider public also read Obasanjo’s letter to the dead.

It has drawn the extremes of emotions, which the former president has come to represent in public life and which he is used to.

In the past, the former president has been accused of exaggerations or making up stories in which he is the only legend.

READ ALSO: Mamman Daura Is Not The Problem

This time, however, what he said about Kashamu was true.

It’s true that in his lifetime, Kashamu, also known as Esho Jinadu, was a fugitive from justice in the United States where he was wanted for drug-related offences.

It’s true that he exploited every known legal subterfuge, money and politics to frustrate attempts to extradite him to the US.

He seemed to combine the invincibility of Ismael “El Mayo” Zambada the Mexican drug cartel boss, with the Robin Hood-like quality of Pablo Escobar, the famous Colombian drug kingpin of the Medellin, who not only laid down the terms of his surrender, but also built and stayed in his own prison.

In spite of a $2m bounty on his head by the US, Escobar escaped extradition until his “understanding” with the Colombian authorities broke down.

Obasanjo was correct that there are lessons to be learnt – lessons for him and for all, since obituaries are not for the dead

He was killed by the national police a day after his 44th birthday, drawing a crowd of over 25,000 to his funeral.

Obasanjo was correct that there are lessons to be learnt – lessons for him and for all, since obituaries are not for the dead.

But that is not where the story ends.

In an outrage that evoked the tried and tested theory of the leading 20th century communication scholar, Marshall McLuhan, that the “medium is the message,” not a few insist that it was not in Obasanjo’s place to wield the cane.

The former president, loved and hated almost in equal measure, is medium, message and messenger rolled into one.

In the specific case of Kashamu, you’ll have to go back beyond the former president’s bombastic letters to his party and to President Goodluck Jonathan six years ago, to get a clearer picture of why the narrative is turning out, sadly, to be a master-class in hypocrisy, an alien concept in Obasanjo’s world.

When former Ogun State Governor, Gbenga Daniel, was leaving in 2011, he was obsessed, like they all are, with who will become his successor.

He wanted Gboyega Nasir Isiaka, a first-class accountant, chartered stockbroker and banker, to succeed him.

Obasanjo, who was still brooding at being sidelined by the Umar Musa Yar’Adua government, finally had the chance to use his third term through the backdoor after Yar’Adua’s death.

He very quickly returned into reckoning with President Jonathan, but he wasn’t satisfied at just being the big man on the Abuja stage.

He also wanted to be the local godfather by installing his own man as governor.

And that man was Tunji Olurin, Daniel’s sworn enemy and Obasanjo’s battering ram in a few South-west battles, especially in Ekiti State.

Since only one man could be governor in 2011, that man had to be Daniel’s man, Obasanjo’s man – or a third force.

It wasn’t long before the Ogun State House of Assembly became fractured, with the main group backing Obasanjo (who now had the Abuja upper hand) and the other faction backing Daniel, who was fast becoming a lame duck.

But there was a problem. Even though Obasanjo had temporary advantage, he didn’t have the structure and grassroots support to win in a straight fight with Daniel, a lame duck who, nonetheless, still had loose change to quaff.

Obasanjo turned to Kashamu for help. After a protracted trial in the UK in 2003 and serving a five-year jail term, Kashamu had narrowly escaped extradition to the US on grounds that the UK judge was uncertain about his identity.

On his return to Nigeria, Kashamu, wealthy as shekere, plunged into politics, investing in grassroots politics through the Omo Ilu Foundation.

The former president, loved and hated almost in equal measure, is medium, message and messenger rolled into one

In politics where money is almost everything, Kashamu’s money did two things: It fed the poor among the grassroots in Ogun (later extending his influence beyond Ogun), and also made him a serviceable tool in the hands of Obasanjo, a man more famous than the raven for his stinginess.

No one asked questions about the source of Kashamu’s wealth: not the people who didn’t care to know or Obasanjo who knew but didn’t care.

Proof that he knew is available in volume three Page 259 of his memoir, My Watch, where he quoted extensively from a paper on drug trafficking in West Africa by Lansana Gberie.

But what Obasanjo knew was obviously not as important as the money he needed.

The Kashamu’s money tap flowed and flowed in support of Obasanjo’s candidate, Olurin.

It also continued to flow to the grassroots where Kashamu stealthily cornered the party structures with his booty.

At a point, top members of Daniel’s cabinet including the state’s attorney general and commissioner for justice at the time, Akinlolu Osinbajo (SAN), called the attention of Jonathan to Kashamu’s case in the US and flagged the source of his wealth.

READ ALSO: When The Cure Is Worse Than The Disease

The more they tried to make it an election issue, which it should have been, the more the pro-Kashamu crowd, headed by Obasanjo, blocked it, promoting Kashamu instead as an illustrious son of Ogun.

In the end, the Ogun State PDP became factionalised, fatally undermined from inside to the advantage of the Action Congress of Nigeria (ACN) candidate, Ibikunle Amosun, who emerged governor.

Olurin, Obasanjo’s candidate was second; while Isiaka, Daniel’s candidate who moved from PDP to the People’s Party of Nigeria (PPN), came third.

Obasanjo took a stand against Jonathan.

Kashamu, a businessman keen to expand his reach in Nigeria and beyond, stuck with Jonathan.

As a reward, he was made the PDP leader in the South-west, knocking Obasanjo off the party’s pecking order.

It was a humiliation too much for the former president to bear.

He unleashed a vitriolic attack on the party and President Jonathan accusing them of getting in bed with a drug dealer and a fugitive and threatening to quit the party.

The matter grieved him so much that he mentioned it extensively in his memoir, My Watch.

Not that any of it was news to him.

He just didn’t care, as long as it served his interest to turn a blind eye.

And what did it matter, anyway, constancy is not a virtue in politics, especially our own variety.

What Obasanjo said about Kashamu was true, but it’s unlikely that he would have said it if Kashamu had remained in his corner servicing his ego and taking his order, a la carte.

He doesn’t need to remind the public that we can say what we like about him when he passes.

There’s no need for that. Obituaries are for the living and what is already being said about him while he’s alive couldn’t be worse.

Kashamu’s death is a lesson which doesn’t need Obasanjo’s hypocrisy to be learned.

Obasanjo’s life, on the other hand, is incomplete without hypocrisy.