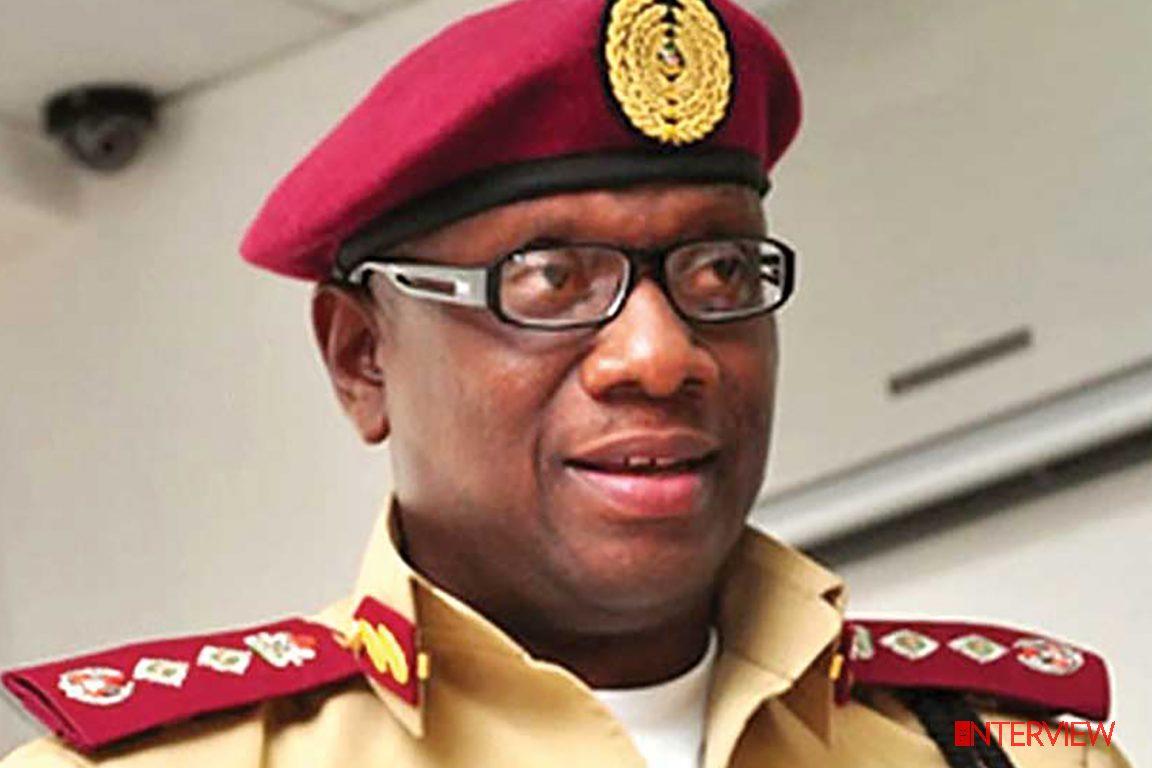 Oyeyemi said this during the first quarter strategy session for commanding officers on Thursday in Abuja.

He said the use of unauthorised number plates had become worrisome to the corps, adding that it was also giving the Nigerian Police Force (NPF) concern.

He added that the corps would continue to work with the police to curb the menace.

He said investigation was on-going to know the source of the unauthorised number plates.

“In continuation of our pledge to serve Nigeria through creating a safe motoring environment, let me urge you not to lose sight of the subsisting clampdown on unauthorised use of number plates.

“Such as the ‘Peace ambassadors,’ misapplication of the ‘spy’ version among others. We must stop its use to perpetrate crimes across the country,” he said.

Oyeyemi said it was an act of criminality to use unauthorised number plates, and that the corps would arrest and conduct investigations to determine the next step for prosecution.

The FRSC boss said enforcement and investigation were key in ensuring that the unauthorised use of number plates was stopped.

He recalled how the Corp impounded vehicles with fake licenses to know the sources of its production eight years ago.

“We know the source and today we have no such thing. So we will just activate the same system and get it done. Within the next few months, we will see that all these will disappear.

“And as you know, we are working with the Police and we must commend their efforts so far and we will not relent.

“We will also enforce while we work with department of State Services, (DSS), the Inspector-General of Police (IGP), Usman Alkali, to know the source of the number plate production.

“There is no way you can do insurance with unauthorised vehicles and this means there is a level of criminality; tax invasion comes in and by the time Investigation is completed, you will be charge for so many things,” he said.

Also speaking, the Secretary to the Government of the Federation (SGF), Boss Mustapha, assured the corps of the support of the government on all noble aspirations of the FRSC.
He said the support would include provision of adequate funding and neccessary logistics for the sustainable growth and development of the corps.

Mustapha, represented by the Permanent Secretary, Office of General Services, Dr Maurice Mbaeri, encouraged the government at all levels to ensure total backing and support for the government policy on road transportation.

He said this included provision of good road infrastructure that would promote economic growth in line with the Sustainable Development Goals (SDGs) to members of the public.

The Consultant, Army Resource Centre, Maj.-Gen. Ede Odeh (rtd), commended the FRSC for aiming at refreshing the capacity development needs of the corps to meet the demands of emerging road traffic safety challenges.

Odeh appreciated the efforts of the corps on road safety management, urging them to continue to promote effective road worthiness.