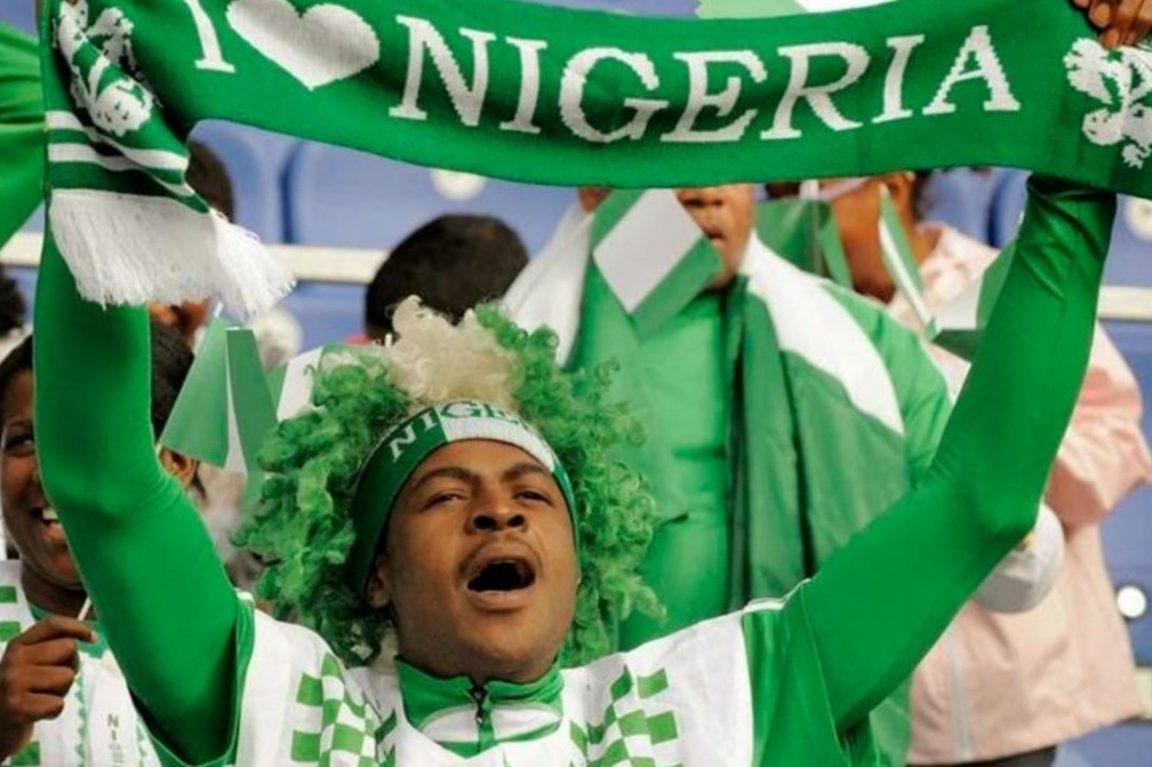 Tunde Odediran: The government and its people are running in a parallel, in which the government is never in trouble no matter the intensity of the issues the people face / Photo credit: BuzzNigeria
166
SHARES
ShareTweetShare
ShareRepostPinterest

Let’s go down memory lane. In May, 2016, President Muhammadu Buhari had led the Nigerian delegation to London to attend the global anti-corruption summit being hosted by the then British Prime Minister, David Cameron.

We arrived London to the storm of reactions accompanying comments Cameron had made in a private conversation with the Queen of England, and the Archbishop of Canterbury, Justin Welby, in which he described Nigeria as “fantastically corrupt” alongside some other countries.

The PM did not know that his unofficial comments were being picked by a nearby television microphone.

The development played out while we were airborne from Nigeria to London, and after I had got the full perspectives of what happened, I went to brief our President. He listened carefully, as he usually does.

He pondered for a while, and then asked me: “Do you disagree with the Prime Minister? Are we not a fantastically corrupt country?” He then laughed.

The next day, I was by no means surprised when a foreign journalist accosted our President, and asked:

“Are you embarrassed by what the Prime Minister said?”

The journalist went on.

Bedlam back home, from those who claimed President Buhari had gone to de-market Nigeria and Nigerians abroad.

But that is the man from Daura for you. Straight as an arrow. He doesn’t talk tongue-in-cheek. He says it as it is.

He had inherited a country badly suffused with corruption, polarized down the middle by forces of ethnicity, religion, and other divisive tendencies, and he was not going to gloss over the issues, whether at home or abroad.

He’s painting us in bad light.

He’s washing our dirty linen in the public, some people began to shout.

He says we’re lazy, corrupt, indolent. He runs us down abroad. That was the noise of those initial years.

After a while, with some moral rearmament done, the psyche of the average Nigerian refocused, corruption robustly fought, and still being fought, infrastructure work in full steam, the President changed tune and style.

He felt it was time to begin to market the country, time to tell the Nigerian story as it now is, and to seek foreign direct investment, which every country needs.

What did the naysayers then begin to say? Oh, he’s painting a false picture of our country abroad.

They should let us be, we should remain the way we are, cabined, cribbed, consigned to the backwaters of development.

Can you ever satisfy some people? Never! Head or tail, you won’t win with them. All they want now is to tell the story of killings by insurgents, bandits, kidnappers, and other criminals. Are those things happening in the country? Yes, they are. But are those the only things happening in Nigeria?

He had inherited a country badly suffused with corruption, polarized down the middle by forces of ethnicity, religion, and other divisive tendencies, and he was not going to gloss over the issues, whether at home or abroad

As far as they are concerned, it’s all doom and gloom in Nigeria, and there are no redeeming sides. True? False.

Despite the crippling challenges, our country has good stories to tell.

Renaissance of infrastructure; roads, bridges, rail, airports, and many more.

But they say shhhhhhhh.

Don’t talk about it. Talk about those that bandits are killing daily.

How insurgents take the battle to our towns and communities in the Northeast. How farmers and herders are in perpetual conflict nationwide. How students are kidnapped for ransom.

How life is nasty, brutish and short.

When President Buhari moves from Riyadh, to Paris, to Durban, in South Africa, to Dubai, and many more, doing nothing other than selling the potentials of Nigeria to the world, asking investors; “come here and prosper, and reap handsome returns,” they say no. Not true.

On Monday this week, I was on Channels Television, guest of Seun Okinbaloye on Politics Today.

And he sought to know whether the peregrinations of our President was worth it, searching for investors, when some research statistics show that we were good for nothing as a foreign direct investment destination.

I said to the contrary, Nigeria was quite attractive.

The huge market, the natural resources, the human resource, emerging infrastructure, and many more.

But the TV host kept reeling off statistics from a fringe research report that said Nigeria was not even among the first 10 investment destinations of choice in Africa.

I told him I doubted the parameters of the report he was quoting, and he challenged me to provide a better one.

I promised to liaise with the relevant agencies of government, and I would provide more reliable data on the status of Nigeria.

In a matter of hours, the Buhari Media Organisation, an independent advocacy group devoted to showcasing the good works of our President, came out with the facts and figures.

See their statement, verbatim, on the status of Nigeria as an attractive investment destination:

“President Muhammadu Buhari’s description of Nigeria as Africa’s most viable and attractive investment destination is incontrovertible.

“According to the Buhari Media Organisation (BMO) in a statement on Monday in Abuja, the President’s assertion is based strictly on verifiable facts.

“In the statement signed by its Chairman Niyi Akinsiju and Secretary Cassidy Madueke, BMO said that apart from available facts and figures, there are also the factors of the country’s endowment as well as the conscious efforts by the Buhari administration to improve on the country’s investment climate.

“President Buhari’s address at the trade and investment forum at Dubai Expo 2020 in which he argued that the country is the most viable and attractive investment destination is not different from what he had said at three other stopover events in recent weeks.

“His sales pitch to potential foreign investors in the United Arab Emirates (UAE), and previously in France and Saudi Arabia have centred around outlining how the business environment in the country is changing as a result of efforts to make it better.

In a matter of hours, the Buhari Media Organisation, an independent advocacy group devoted to showcasing the good works of our President, came out with the facts and figures

“For the avoidance of doubt, the President saId in his sales pitch that , ‘our location, our natural resources, our population, and our regulations are there for all to see.’ He also provided some insight into policies, projects and programmes his administration introduced to support private sector investors.

“This is not different from what he said about two weeks ago at a similar investment forum in Durban, South Africa, where he also argued that the country is putting in place fiscal, monetary and trade policies to support investments and investors in Agriculture, Mining, Telecommunications and Digital Economy, Banking and Financial services, Tourism, as well as Manufacturing.

“It is therefore not surprising that ABSA, one of Africa’s largest financial services group named Nigeria among the continent’s most attractive foreign direct investment destinations in its recent Africa Financial Markets Index 2021 (AAFMI)”.

BMO said it was shocking that at the time President Buhari was pitching the country as the most attractive place to invest, some people went to town with a questionable ranking of FDI in Africa.

“We noticed how some unpatriotic Nigerians gleefully shared the questionable data on FDI in Africa from a small, unknown investment bank in South Africa, same time that the President was providing verifiable information on Nigeria.

“But we want to point Nigerians in the direction of the 2021 AAFMI, posted on the website of one of Africa’s foremost financial service companies which clearly showed that the Buhari administration has not been sleeping on the wheel as far as opening up the economy to foreign investors is concerned.

“The research done in collaboration with the Official Monetary and Financial Institutions Forum (OMFIF) showed Nigeria in third place behind South Africa which retained the top spot for the third year running, and Mauritius

“And unlike what is being bandied around, the ABSA group outlined the parameters used, as well as country-by-country performance on a scale of 0-100: So this is how Nigeria fared- ‘market depth, 62; access to foreign exchange, 20; market transparency, tax and regulatory environment, 86; capacity of local investors, 44; macroeconomic opportunities, 69 and enforceability of standard master agreement, 100.

“We should add that Nigeria has consistently risen on the AAFMI since its inception in 2017 when it was ranked 6th, mainly because of the success of the Ease of doing Business regime and we also expect further improvement once the Petroleum Industry Act (PIA) goes into operation next year.”

The group urged Nigerians to always ignore doomsday scenarios regularly painted in social media platforms by those who cannot separate politics from reality.

“The financial services group said in the report that Nigeria’s official borrowing is relatively low at 8.4% of GDP, compared to other countries on the continent and it was emphatic that the country is not at risk of debt distress.

“Countries considered as high risk are Cameroon, Ethiopia, Ghana, Kenya and Zambia; while those on the moderate risk threshold are Côte D’ Ivoire, Lesotho, Malawi, Rwanda, Senegal and Uganda.

“But generally, the report noted that Nigeria has ‘continued to make strides in creating an enabling investment environment for foreign investors, with the necessary regulatory developments and policy initiatives.’

“So contrary to naysayers, the Buhari administration has been steadily and surely removing the bottlenecks that had been negatively impacting the country’s FDI drive”.

The group reassured Nigerians that the government will not relent until the country becomes the ultimate destination for foreign investment in Africa.

Now, who has believed our report, and to whom has the hand of the Lord been revealed?

Yes, which would you believe, and disseminate widely?

Doomsday reports by shadowy groups, or scientific and well grounded ones?

Whichever you embrace and share will determine your real attitude to your country.

I keep saying it. Some people hate their country, hate fellow human beings, hate God, and even hate themselves. Pity!

But whether we believe or not does not stop the inexorable march of Nigeria to halcyon days, a season devoid of gore and blood, in which all the security challenges will become but a story told, and the land will flow with milk and honey once again.

Believe, and be part of it.