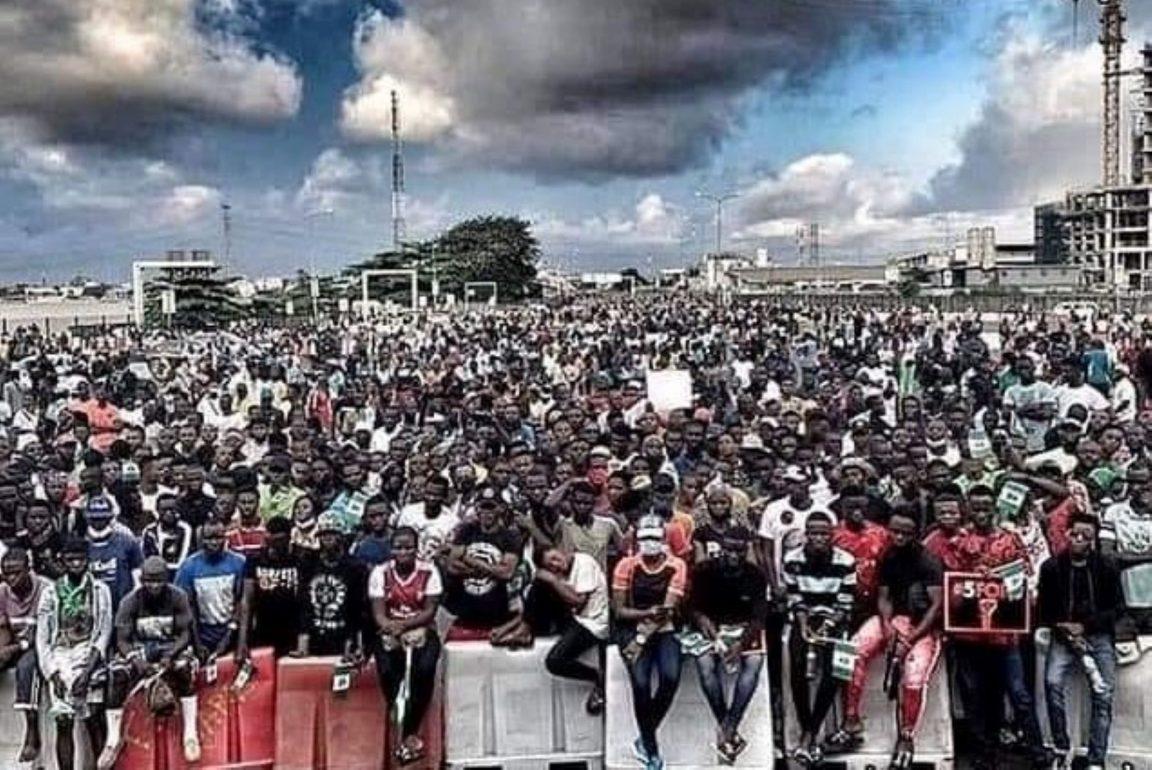 In 203 pages, the author chronicles all the lies that accompanied the EndSARS protests, which began as a laudable outcry against police brutality, till the Devil took over, and things took a murderous turn / Photo credit: Facebook
132
SHARES
ShareTweetShare
ShareRepostPinterest

The Lagos state Police Command on Thursday said it had arrested 34 suspects following the #EndSars anniversary protest on Wednesday, October 20.

The protest, which was to commemorate the one year anniversary of ENDSARS was carried out by a motorcade bearing protesters moving through the Lekki toll gate.

The protest, which began at 8am and ended two hours later, was largely peaceful without threat to security, except for a brief traffic gridlock experienced by motorists during the period.

In a statement made available to journalists, the spokesperson for the Lagos police command, CSP Adekunle Ajisebutu, however, said some hoodlums took advantage of the gridlock to attack motorists, after the protest had ended.

“At about 11:30pm, after the real protesters had left peacefully without any confrontation, hoodlums took advantage of the gridlock, with criminal intentions to start attacking innocent law-abiding citizens.

“One Shina Edun of Man O’ War Nigeria, attached to the Lekki Concession Company was stabbed in the stomach by the hoodlums. The victim was immediately rushed to the hospital where he is currently receiving medical attention.

“Following the criminal acts by the hoodlums, the police responded swiftly and dispersed them with minimum force.
“Consequently, 34 of the hoodlums were arrested. Two cutlasses, one hammer, a jack knife and assorted charms were recovered from them.” he said.

The PPRO said the suspects were arraigned on the same day at Oshodi Magistrates’ Court 5, before Magistrate Israel Adelakunon, for conduct likely to cause breach of the peace.

“One of them was discharged and acquitted, while one other, named Chukwu Chika, who was arrested with a sharp cutlass and assorted charms confessed that he deliberately came to cause violence and mayhem.” he said.

Ajisebutu said the court ordered the police to carry out a thorough investigation on his case and charge him to court appropriately.

The police spokesperson added that CP Hakeem Odumosu had expressed the command’s profound gratitude to members of the public for their overwhelming support before, during and after the protests.

“The CP equally rendered his apologies to any media person whose right might have been inadvertently infringed upon while the security personnel were trying to prevent the breakdown of law and order.

“The Commissioner of Police uses this medium to thank Governor Babajide Sanwo-Olu and the State Executive Council members for their unalloyed support to security agencies during the protest.” he said.

Similarly, Ajisebutu said the CP also appreciated the youths and other stakeholders for their understanding of the prevailing peace and the state’s secure environment, noting that their cooperation and assistance helped to safeguard the state from witnessing another mayhem similar to the 2020 protests.

“In order to achieve all these, the command has on its own, resolved to redouble its efforts in providing watertight security and protection of lives and property of all law-abiding citizens in the state.” he said.