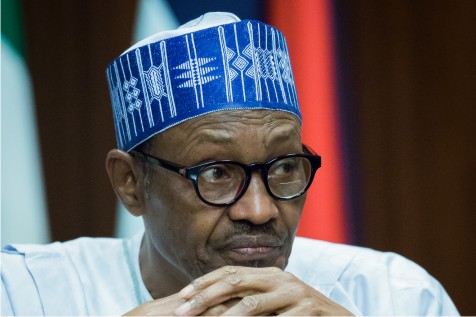 President Muhammadu Buhari has done what Napoleon couldn’t do. Again and again.

The Bill had defied Olusegun Obasanjo who introduced it, got the better of Umaru Musa Yar’Adua (God rest his soul), worsted Goodluck Jonathan, but has finally been subdued by Buhari.

The man has proven to be adept at concluding things that had long trounced and vanquished many leaders before him.

The PIB overwhelmed the first to eighth National Assembly, which couldn’t pass it into law.

But through synergy and cooperation between the Executive and the Ninth Assembly, Nigeria now has a law for her cash cow, the oil and gas industry, more than 50 years after the last legislation, which had become obsolete.

Step forward President Buhari, and be garlanded for being the Master Finisher.

Practical examples abound in different spheres of National life, of projects, policies, proposed laws that had been in the works for more than two decades, but which have been seen to fruition by the tough but easy going man from Daura.

Today, permit me to just dwell on the infrastructure revolution in the water sector, to illustrate how Buhari finishes abandoned and uncompleted projects.

When this Administration assumed office in 2015, more than 50% irrigation projects in the country were not working, says Engr. Suleiman Adamu, Minister of Water Resources.

He adds, “The present administration inherited 116 major ongoing and abandoned projects. A technical audit was conducted in which projects were categorized into high, medium and low priorities.”

The technical audit came out with these findings: Abandoned contracts/projects included 38 in the irrigation and drainage areas, 37 dams and reservoirs, and 41 in the area of water supply.

You know what usually happens when new administrations come into office?

Because they want to award fresh contracts, and line their pockets with kickbacks, they either cancel, revoke or abandon existing ones.

But not with Buhari. We saw it in the Abuja-Kaduna rail project, which he inherited and completed, and many others, of which a compendium will come your way soon.

And see what happened in the water sector.

Today, out of the 37 inherited in comatose states, 12 have been completed, while 20 are prioritised for completion by 2023.

Now, to the shocking part. See the ages of the projects, in terms of when they were started, abandoned, and concluded.

Adada Dam in Enugu State. Started in 2011. Finished by, you know who.

What of hydropower projects? The one in Gurara, Kaduna State was begun in 2003, and that of Dadin-Kowa in Gombe State, 2005. Both now completed.

Many other dam projects, irrigation and water supply projects are ongoing in different parts of the country, with estimated completion dates of 2022 and 2023. All by the Fulani man from Daura.

In the midst of all these inherited, abandoned and moribund projects, now resuscitated and completed, some people still say, ‘we don’t see anything they are doing.’

O di egwu o, as the Igbo would say.

And as the Good Book puts it, “that seeing they may see, and hearing they may hear, and not understand, lest at any time they should be converted, and their sins be forgiven them.” ( Mark 4: 12)

May it not be our portion to have our eyes wide open, and not see.

Or to have our ears as big as the umbrella of a certain political party, and not hear anything.

May it not be our portion, I say again.