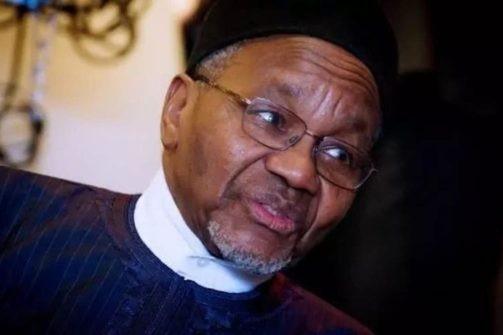 A dominant view is taking shape about what Mamman Daura, nephew of President Muhammadu Buhari, actually meant when he told a BBC Hausa reporter, Mustapha Kaita that Nigeria should put competence ahead of zoning in choosing its presidents.

The story really is about how the public, or at least some regions of the country have responded to his views about zoning, automatically translating it to the intention of the Buhari government in 2023, which could likely see northern politicians once again mounting a serious and challenge for the presidency at the consternation of the south.

But it also about how the presidency has responded to the public outrage over the possibility that the south may lose out in 2023 after eight years of Buhari.

Presidential spokesman, Garba Shehu, issued a statement saying the views expressed by Daura were his and his alone, not that of the president or the government.

READ ALSO: 2023: Mamman Daura Spoke For Himself, Not Buhari – Presidency

On an issue that is political in nature and has to do with the prejudice or preference the president could have in the coming election, with the potential to incite civil unrest and political instability, the presidency felt a need to make clarifications.

But there have been several cases where actions have been demanded by the general public and the presidency have been unmoved.

During the last two years of Buhari’s first term, the glamour for zoning was loud and persistent, yet the presidency was unfazed.

Again, over the insecurity that has plagued parts of the country, articles have been written, leaders of the National Assembly have approached the president and even passed resolutions calling for the replacement of the service chiefs.

Protests have been held in the president’s home state of Katsina, where citizens are fleeing towns and villages in favour of more secure cities, still, all the service chiefs have retained their positions.

It is very likely the president is privy to some information, which the general public is unaware of.

It could be that those seeking change at the top of the security services are behind the pressure campaign.

On the surface, these seem like more serious issues than what Mamman Daura thinks about zoning and rotational presidency.
There are leaders who feel to gauge public opinion before making any major policy decision.

That was what led David Cameron as Prime Minister of Britain to hold a referendum on leaving the European Union, even though he had been elected to make those difficult decisions.

The result of his referendum was more than anything else, a failure of leadership and now, a Prime Minister that pays very little attention to opinion polls.

On the other side are leaders who disregard the public mood only to be consumed by an uprising or even unprecedented rejection of the political establishment in favour of an outside force.

That was the results of decades of white working men being ignored by the establishment in the United States when they went out in numbers to elect Donald Trump as president back in 2016.

Nigeria is one of those countries, where regardless of who emerges president, there is roughly half of the population who always feel aggrieved by the outcome of the election.

And that is exactly thousands are expressing their grievances with the president’s nephew.

There is no denying that Mamman Daura is the closest person to Buhari and it is very likely they share the same views on a wide range of subjects, especially when it comes to the politics of Nigeria, which is largely defined by tribe and religion.

Ever since he ventured into politics some 18 years ago to challenge Olusegun Obasanjo in the 2003 presidential election, to his victory over Goodluck Jonathan, Buhari has never really ascribed to the concept of rotational presidency.

Now that he is president, there is no reason to assume that he has suddenly had a change of heart.
Officially, no political party he has ran under adopted a policy of rotating the presidency between the north and the south.

Mamman Daura, who very rarely speaks publicly, granting an interview to the BBC could very easily just have been his way of measuring the weight of his words in the ruthless world of politics and power

Curiously, it is Atiku Abubakar of the once dominant PDP, who has for decades, as Vice President and a presidential contender championed the cause of rotation between the north and the south that seeking to launch a presidential bid in 2023 in spite of his previous positions and the two terms won by Buhari.

Of course as a politician, it’s likely Atiku only advocated for rotational presidency as long as it was convenient to his own political aspirations.

On many occasions, Atiku plays to the gallery taking sides with the Twitter mob on subjects that raise people’s passions.

This time around, no one should expect the former Vice President to be critical of Mamman Daura over abandoning zoning in favour of competence.

That would be a blow to his political aspiration and just as big a blow to the possibility of PDP winning back power at the center in 2023.

Beyond the words Daura used, which he must have chosen carefully considering the tribal nature of Nigerian politics, his comments could still mean so much more than meets the eye.

Quite alright, it could be an attempt to lay the ground work for someone from the northern part of the country to succeed Buhari as president.

It could have also been an innocent expression of how he has always felt about a concept that temporarily adopted to forestall political unrest after decades of military rule and the aftermath of June 12.

READ ALSO: APC Crisis: They Want Oshiomhole Out Because Of 2023- Tinubu

But then again, the comment could mean nothing more than Daura’s attempt to gauge his public standing after losing two very close associates; Abba Kyari who was Chief of Staff to the President and Ismaila Isa, a long time business associate, in the space of three months.

Both Funtua and Kyari were in different ways, his eyes and ears in the inner circle government, and also his gateway to the wider public, politicians and business executives.

In so many ways, and maybe because of age, Mamman Daura is probably unlikely to be someone willing to develop a relationship with every political office holder within the Buhari government.

And to influence internal debate and policy he had Abba Kyari.
From outside the government, where business executives are also looking for a say in developing policy, there was Ismaila Isa.

And for Mamman Daura, who very rarely speaks publicly, granting an interview to the BBC could very easily just have been his way of measuring the weight of his words in the ruthless world of politics and power.