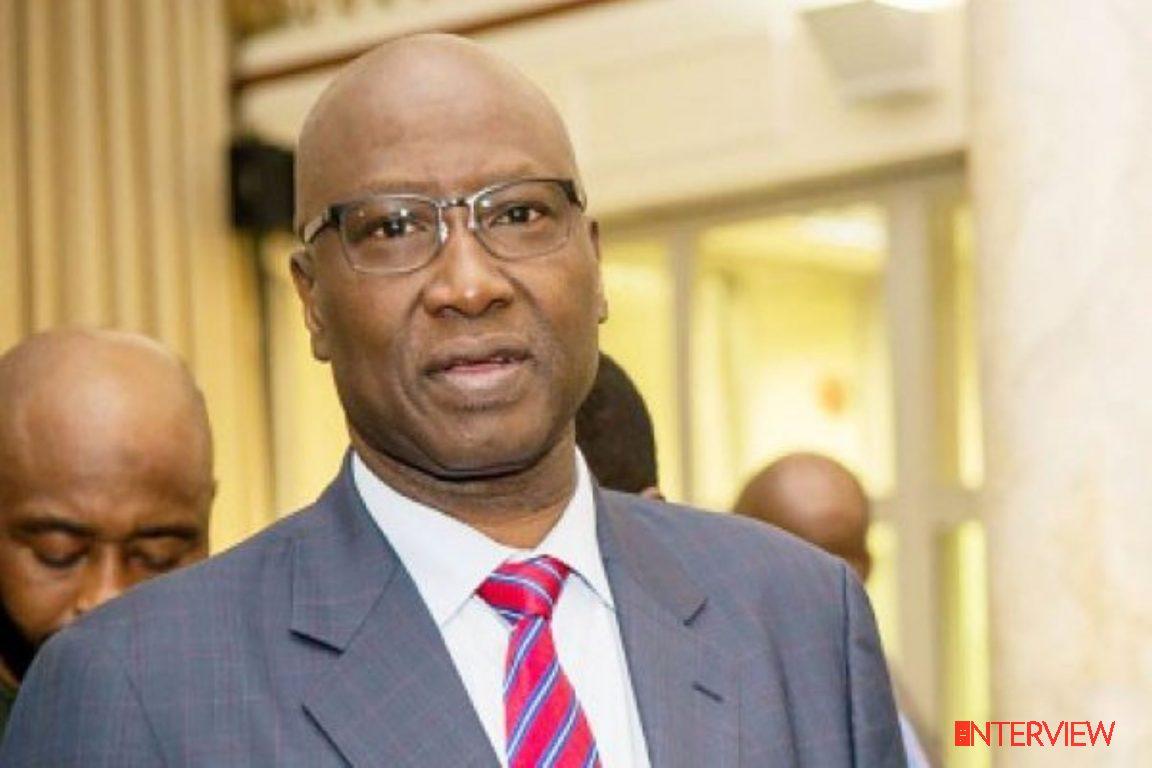 The SGF, Boss Mustapha, is the Chairman of the Presidential Task Force on COVID-19 / photo credit: naijanews.com
482
SHARES
ShareTweetShare
ShareRepostPinterest

The Federal Government on Monday began administration of new vaccines marking the start of the second phase of the COVID-19 vaccination programme.

Speaking at the inauguration at the Federal Medical Centre (FMC), Jabi Abuja, the Secretary to the Government of the Federation (SGF) Mr. Boss Mustapha said the country began the second phase, having received about four million doses of Moderna vaccines, donated by the government of the US government.

The exercise had earlier been scheduled for August 10, but was postponed due to “purely administrative” reasons, according to the Minister of Information, Alhaji Lai Mohammed.

Nigeria began the COVID-19 vaccination on March 5, having received approximately four million doses of the Oxford-AstraZeneca vaccines from COVAX.

These led to the successful vaccination of 3,938,945 eligible persons across the 36 states and FCT, representing 98 per cent utilisation of the vaccines.

NAN reports 2,534,205 people have been vaccinated for the first dose and 1,404,205 have received their second dose of the vaccine.

To achieve herd immunity against the infection, Nigeria had set an ambitious goal of vaccinating 40 per cent of its over 200 million population before the end of 2021, and 70 per cent by the end of 2022.

To achieve this, the vaccine roll-out was scheduled to be in four phases, starting with health workers, frontline workers, COVID-19 rapid response team amongst others.

The second phase which commenced today would capture older adults aged 50 years and above and those with comorbidities aged between 18 and 49.

Mustapha who doubles as the chairman of the Presidential Steering Committee (PSC) said the country also received another 177,600 doses of Johnson and Johnson (J&J) COVID-19 vaccines from African Union (AU).

“The arrival of the 4,000,080 doses of Moderna COVID-19 vaccine donated by the Government of the United States and the 177,600 doses of Johnson & Johnson vaccines out of the 29,850,000 doses the Federal Government has purchased through the Africa-Import-Export Bank and the African Union, is highly encouraging and motivating for us at the Presidential Steering Committee,” he said.

Ehanire said that the J&J vaccines are expected to be deployed in hard-to-reach areas, to eliminate the need for travel for a second dose.

The Executive Director, NPHCDA, Dr. Faisal Shuaib, disclosed that the country would be receiving additional 698,880 doses of the Oxford-AstraZeneca vaccine today.

Shuaib disclosed that the vaccines donated by the UK government would be targeted at those due for their second dose of the vaccinated.

“In the next couple of weeks, we will be expecting up to 3.9 million doses of the AstraZeneca vaccines to compliment what we already have.

“This will also ensure that we cover not only those who will be taking their 2nd dose but also for those who will want to take their first dose of this vaccine,” he said.

Dignitaries present at the ceremony were the Minister of Health, the Minister of State for Health, Olorunnimbe Mamora, the Director-General of the Nigeria Centre for Disease Control (NCDC), Dr. Chikwe Ihekweazu and the Medical Director of the FMC, Professor Aliyu Ahmed.