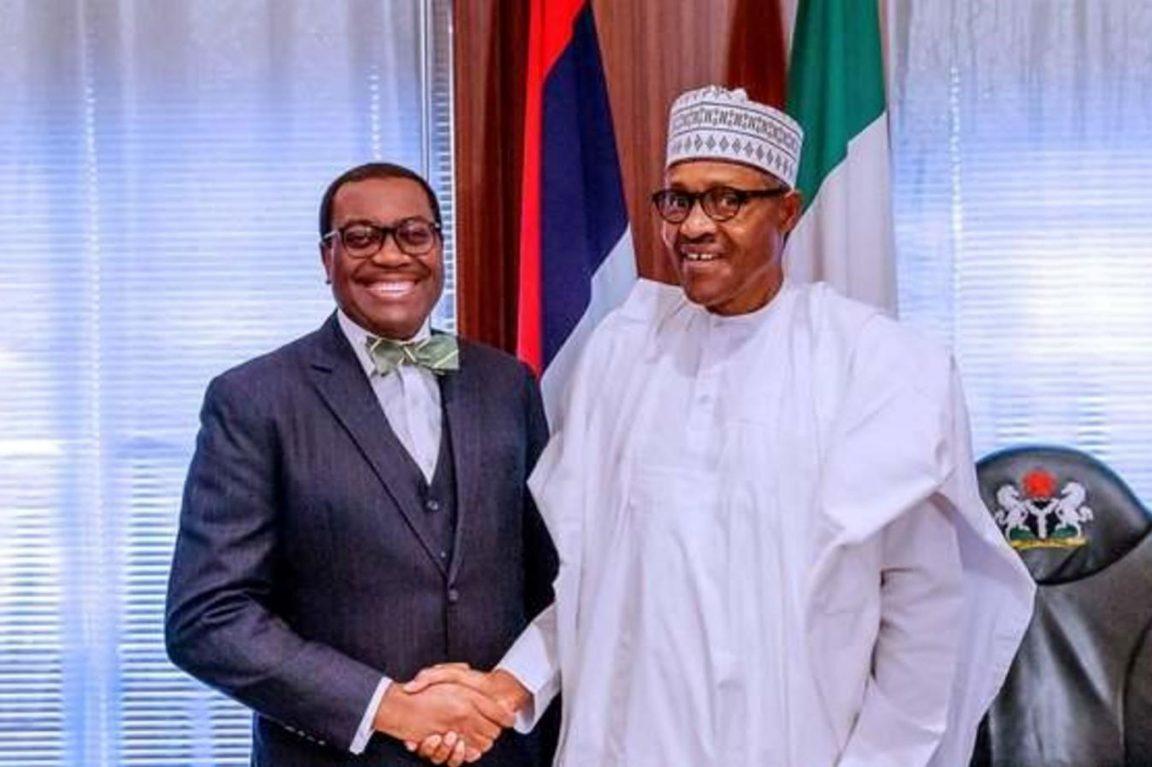 President Muhammadu Buhari has congratulated Dr. Akinwumi Adesina on his re-election for a second term in office as the President of African Development Bank (AfDB).

Buhari’s congratulatory message which was contained in a statement by his Special Adviser on Media and Publicity, Femi Adesina, noted that Adesina deserved the re-election.

READ ALSO: ‘I Will Continue To Support You,’ Buhari Assures Adesina, AfDB President

The presidential spokesman said the news of the victory came during the Council of State meeting, which was attended by former Heads of State, Presidents of the Senate, state governors, some ministers, and senior government officials.

The statement read, “As Secretary to Government of the Federation, Mr. Mustapha, announced the good news, President Buhari led a round of applause, and said: “He deserves it.”

“The President extends appreciation to the African Union for its endorsement of the AfDB President much earlier, and to shareholders of the bank who worked tirelessly to ensure the return of the hardworking visionary leader.”

Recall that President Buhari had in the heat of the corruption allegations against Adesina at the AfDB, assured him that he would support his re-election.