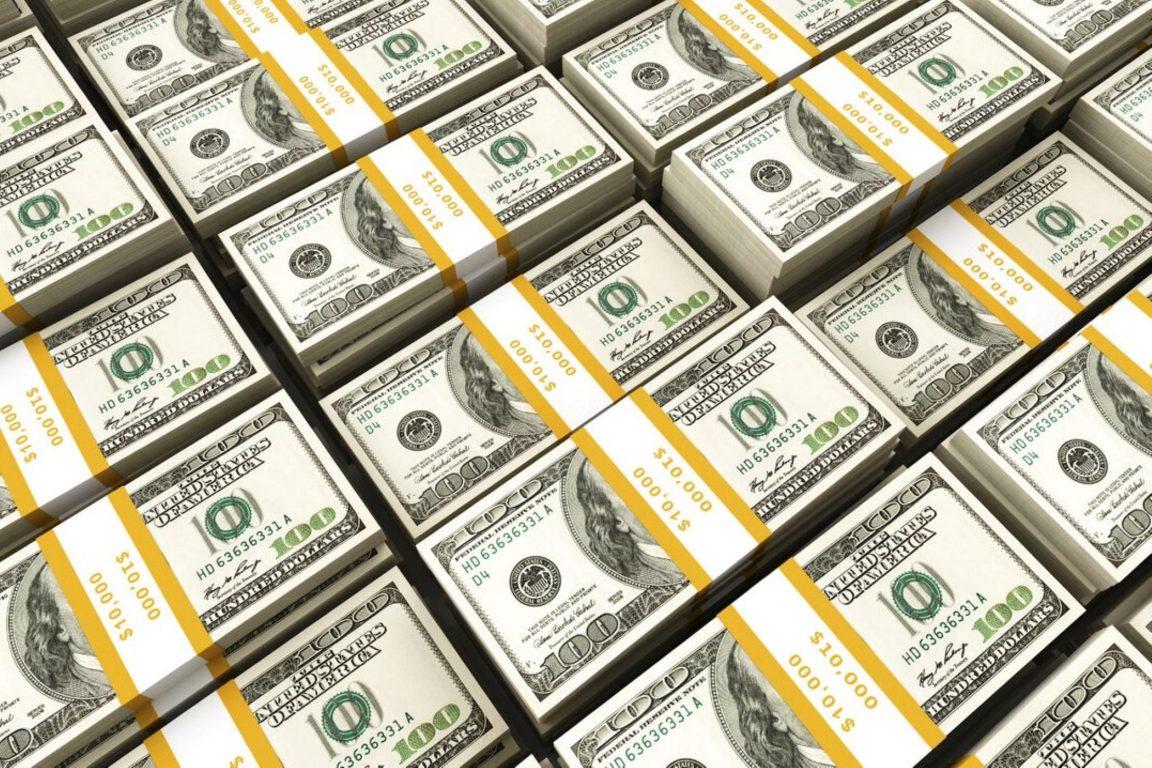 Femi Adesina: Anybody that called me about it, I simply told: “Yes, I am preparing a budget right now on how to spend the $1.9bn.” / Photo credit: FXStreet
18
SHARES
ShareTweetShare
PinShareShareShareFlip

Let’s have a comic diversion today from weightier matters of our national life. Because what I want to discuss can only be comic, if not also idiotic and otiose.

Yes, you read the headline right.

The money I allegedly stashed at a bank in Minnesota, United States of America. Not millions of dollars. But billions. $1.9 billion. Holy Moses!

This misinformation, disinformation and hate speech first came out in 2016, about one year into my stint in government.

Before then, I had been enjoying my work as a journalist and newspaper manager, in what I considered a comfort zone, never sparing a thought for service in government.

And then, the offer to serve President Muhammadu Buhari came. Of course, I would follow him from Cape to Cairo, from Sambisa to anywhere.

So I accepted. Goodbye anonymity, something I craved and enjoyed so much, despite the high visibility of a weekly column I used to write. I still loved, and managed to fly below the radar of national attention.

All that disappeared when I took up the assignment of media adviser to the President.

Against my personal preference, I was in the spotlight, attracting both accolades and flaks, as I spoke for the President. The flaks were particularly toxic, virulent, from those who knew next to nothing about me.

The evil report first came in 2016, written in a particularly horrible grammar, which anybody educated would have seen through.

But you know what? People chose to believe it, even highly educated and enlightened ones, judging from the enquiries I received.

What even is the annual Nigerian budget, that some individuals would have the kind of money being bandied around? Do I even have a foreign account?

There was a long list of Nigerians, 27 in all, who had purportedly stashed funds abroad, which they had apparently got illicitly.

They included the President, his wife, some governors, ministers, Service Chiefs, and top government officials.

Three of us involved in information management for the President and Federal Government were also named.

Minister for Information, Alhaji Lai Mohammed, was said to have the sum of $1.3bn in Ally Financial Bank, my colleague as presidential spokesman, Garba Shehu, had $2.3bn at Wells Fargo/San Francisco, while yours truly had $1.9bn in U.S Bancorp/Minnesota. Almost two billion dollars. Jumping Jehoshaphat!

When the information (or rather, disinformation) first came to my attention, what I did was to laugh it off. Mere irritation from fecund but addled minds. Not even worth a rebuttal.

The only person I raised the matter with jocularly was Alhaji Lai Mohammed, at Federal Executive Council meeting one day.

“Alhaji, so I am richer than you! They say you have only 1.3 billion dollars in an American bank, while I have $1.9bn. Don’t joke with me o.”

Myself and Alhaji Mohammed laughed them to scorn. That was what such cock and bull story deserved.

But I got several shockers in the weeks and months that followed.

Otherwise respected and respectable people would call me, asking; have you seen it? Seen what? Then they would mention what was circulating on social media about the $1.9bn.

I initially took it calmly, laughing it off. But it got to a point that it was no longer funny.

Anybody that called me about it, I simply told: “Yes, I am preparing a budget right now on how to spend the $1.9bn.”

They would get the sarcasm, and go away with their tails tucked between their feet, like a beaten dog. Serves them right for being so credulous. Or is it mischievous?

At a point in 2017, the misinformation changed. President Barack Obama having left office, they changed it to President Donald Trump.

Obviously, the same sick mind was behind it, he just updated his gambit to reflect the change of power in America.

And sensible people would still be led by the nose, and would call me to ask questions.

And I would continue to tell them I was making a budget on how to spend the money. Despicable. Contemptible. Loathsome.

An idle mind even translated the false information to an audio version, which was then widely shared on social media.

Femi Adesina has $1.9bn stashed in America. Good grief! And people continued to ask me questions, or forward same to my social media accounts, showing they possibly believed it.

I have seen that when you serve Nigeria, however altruistic you may be, there is always an attempt to turn you to an enemy of the people

And it brings me to the question: why do people choose to believe improbable things about those in government?

Does it make any sense that I would have stashed away such amount of money in less than a year in government?

What even is the annual Nigerian budget, that some individuals would have the kind of money being bandied around? Do I even have a foreign account?

I have seen that when you serve Nigeria, however altruistic you may be, there is always an attempt to turn you to an enemy of the people.

Somebody who knows me personally, up to my home, told me that he was recently at a gathering, and I was speaking on television.

One person in the gathering said cynically: “See them (referring to me). All Nigeria’s money is in their pockets.”

The man who knows me said he then asked the evil mind: “Do you by any means know Mr. Adesina in person?”

That one said no, after which the one acquainted with me gave him a dressing down, urging him not to say evil of people he doesn’t know, or he may be offending the divine powers.

People love evil reports, particularly about those serving in government. Have we got so bad as a people, that we can’t have genuine, patriotic service again? Quite baffling.

This leads me to a lie peddled about me from the pit of hell in the past fortnight.

I had traveled to Umuahia, in Abia State, to deliver a paper at the Social Media Converge organied by the state government.

At the Abuja airport, I had met former Aviation Minister, Chief Femi Fani-Kayode, and we greeted pleasantly, as we always do.

As we spoke, the former Minister’s aide took our photograph with his phone, which was later posted online.

The camera angle was a bit awkward. My clothe seemed too baggy than it was, and my hand appeared twisted in the seemingly oversized sleeves.

And what next? Some people subjected my arm and legs to photoshop, twisting them further, making me appear as a stroke patient. Father forgive them, for they know not what they do.

Those who know me would testify that I like a good laugh. I laughed till my ribs ached, and I put my two feet up in the air.

They were having a baleful ball, while I was having the time of my life. Life and health belong to God. And He has not denied me of that grace.

Why then do the heathens rage, and the people imagine vain things? Let them continue to wail, and we will continue to laugh, and say ; ‘back to sender.’

Will Nigeria ever have people actuated by nothing other than patriotism to serve her?

Not with the Ill-will often displayed to public officers. But for me, let them wail, while I spend my N$1.9bn.