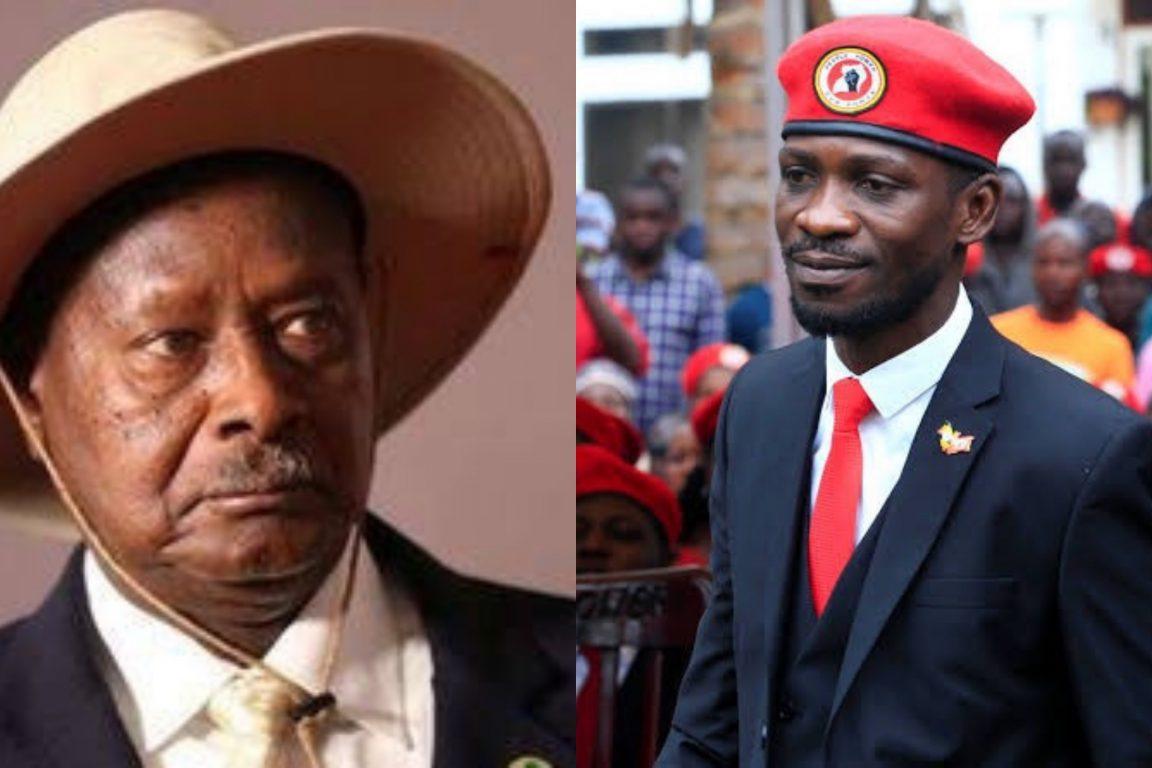 After the presidential election in Uganda, it dawned on me that there are two people in the country who don’t fear President Yoweri Museveni: one is his tailor, and the other is his political rival, Robert Kyagulanyi Ssentamu, famously called Bobi Wine.

Museveni’s tailor makes his suits in complete disregard of tailoring measurements. It would appear that either the president doesn’t care anymore or he has given up on the person who dresses him.

In politics, however, Museveni will not cut his rival any slack, making Wine perhaps the most dangerous and endangered man in Uganda at this time.

Wine reminds Museveni of his own past in a strikingly dissimilar and troubling way.

And this dissimilarity is the president’s biggest headache.

But why should a 77-year-old veteran of guerrilla warfare and term-defying president lose sleep over a political rookie?

Wine was not born when Museveni joined other rebel groups in Tanzania to overthrow Idi Amin and was only four years old when Museveni moved again to topple Milton Obote, whose second coming proved more catastrophic than his first.

Between Idi Amin and Obote II on the one hand, and the raft of ad-hoc regimes that squabbled for power on the other, over 100,000 Ugandans were killed in the late 1970s up to the early1980s.

The war-weary country felt a debt of gratitude when the Museveni-led National Resistance Army finally seized power and restored peace.

Museveni told the world back in the day, that what happened was not merely a change of guard, “It is a fundamental change.”

He then added, “The people of Africa, the people of Uganda, are entitled to a democratic government.

It is not a favour from any regime. The sovereign people must be the public, not the government.”

The West suspended suspicions about Museveni’s radical leftist ideology and hailed him as the new face of a continent still blighted by apartheid, civil wars and tinpot military dictators.

Thirty-five years later, the face of the man in the mirror is hardly anything like that of the guerrilla firebrand and leader of what might have been the Salvation Army.

His speech about “sovereignty of the people” is a hallow echo from a distant, almost forgotten past.

For all his press-ups and treadmill gimmicks the mirror reflection today is that of an intemperate dictator unwilling to permit free and fair political contest and mortally afraid of his slipping grip on power.

The challenge is not coming from the trenches where Museveni earned his stripes. It is coming from the field of partisan politics and spearheaded by a young man who was only a kid when Museveni first took power.

Whether Museveni won or stole the last election from Wine, it is obvious that the battle for the soul of Uganda is now being fought on a different turf.

Museveni promised peace. With the exception of the entanglement with Somali’s Al Shabab a decade ago which backfired in a bomb explosion in the capital that left scores dead, Uganda has enjoyed relative peace.

The economy has also improved under Museveni and his record in the fight against HIV/AIDS is one of the most outstanding on the continent.

But his rule without end has also taken a heavy toll on the country, raising serious questions about Uganda’s future and the sustainability of the gains made.

He has the military under his thumb and has been widely accused of fomenting policies that favour his own ethnic group in the western and central regions over other groups.

In what increasingly appears like a co-presidency, Museveni and First Lady, Janet, have unleashed a moral police on the population and part of their job description is to prescribe the length of a woman’s skirt and measure male testosterone levels.

Museveni has created a fantasy where Uganda cannot exist without him and whoever threatens that fantasy as Wine did in the last election, challenges the president’s political immortality.

This was not the life that Wine chose. The life chose him.

Though he might have continued to enjoy the good life as a celebrity, without the enormous risk that comes with challenging the status quo, Wine dared to be different.

“Our biggest problem is misgovernance,” he said in an interview with DW. “It’s the governance question we want to solve and we cannot solve that until we get into leadership ourselves.”

Forty-five-year-old Kizza Besigye and Museveni’s personal physician for many years had tried three times before and was muscled out.

He backed off this time for fear of his life.

In what increasingly appears like a co-presidency, Museveni and First Lady, Janet, have unleashed a moral police on the population and part of their job description is to prescribe the length of a woman’s skirt and measure male testosterone levels

But Wine and nine other presidential candidates took the plunge, hoping to move Olympus Museveni and address the discontent and desperate yearnings of the increasingly jobless and restless young population.

Generations of Ugandans have not known any other leader and Museveni who speaks of the country like his plantation, will not be moved.

He will exact the harvest from his farm until and unless he can personally choose the next husbandman when he’s too old to lift a finger.

He represents the fundamental change that Museveni spoke about decades ago; he carries the hopes and aspirations of his generation and despite repeated – even near-fatal -attacks on him in the last four years and supporters of his National Unity Platform, Wine has kept the fire burning.

Neither the trumped-up charges of sedition, the attack on his car that killed his driver, nor the use of security forces to intimidate him during and after the recent polls, has deterred him from challenging the status quo. He has done this knowing full well that there’s little hope of redress in the courts.

Yet, the collective voice of the over six million voters who cast their ballots for Wine at the last election, is a significant dent on the glass ceiling of Museveni’s dictatorship.

It would be a mistake to think that what is going on in Uganda is purely a Museveni thing. Across the African landscape, there is a younger generation straining at the leash to make their voices heard – new wine trying to find expression on a continent steeped in old brew.

In a 2017 article, Quartz Africa described the continent as “the world’s youngest continent run by its oldest leaders.” That partly explains the disgraceful silence by the AU and African leaders after the shambolic elections in Uganda – it’s an old boys’ club thing.

From the #ENDSARS movement and Omoyele Sowore’s ‘Revolution Now’ in Nigeria; to Jonathan

Sandy’s National Unity Reconciliation Party in Sierra Leone, and Julius Malema’s Economic Freedom Fighters in South Africa, there is an urgency among young Africans to reclaim the political space, even at considerable risk to their personal liberty and safety.

It’s not just about being heard; it’s also about making their voices count.

No one is sure how long it would take or what price would be paid.

But even the history of the current gerontocrats shows that the tide ultimately favours the young.

Whether that same history also means that when younger politicians eventually come to power, they won’t be any better than those they are seeking to supplant remains to be seen.

For now, those who seek to replace politicians like Museveni, must find the secret of his tailor’s staying power.