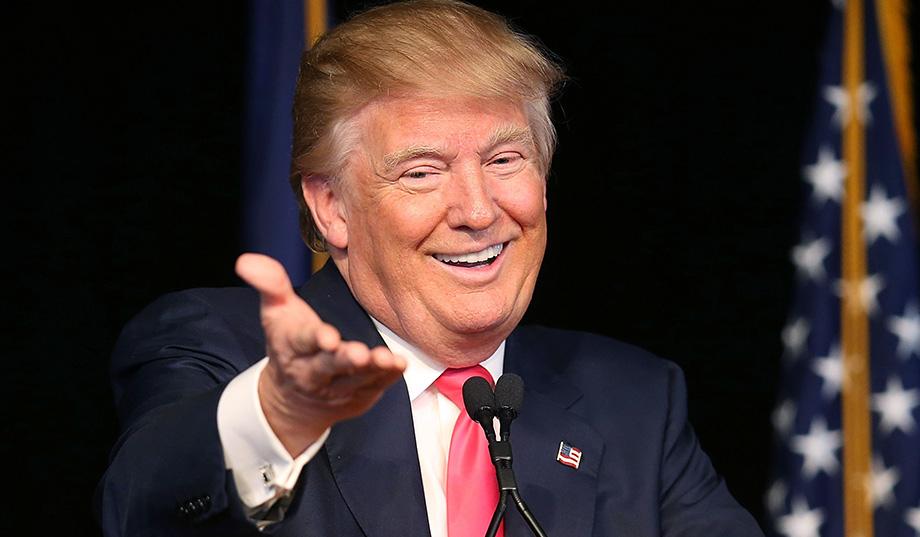 US President Donald Trump may have lost re-election but he would be escorted out of the White House on Tuesday night with a special prize: Africa’s worst friend in modern times.

Not that it matters to Trump one way or the other. We can only hope that after four years of spite, insults and hostilities, he might yet, in a fleeting moment of sanity, ask himself whether going out of his way to annoy or denigrate the continent was worth all the trouble.

Trump had a love affair with many parts of Africa, especially among young aspirationals through his books on making money and his celebrity TV shows.

But I guess it was just skin deep, purely transactional.

The real Trump came to light after he was elected president.

The signs were always there, though. During his campaign, he insulted immigrants and blamed them for all of America’s problems, including lower testosterone levels.

But whatever he thought of and said about immigrants before his election, what he said, did and tried to undo after his election was worse.

He used punitive Executive Orders to target Muslims, especially those from Africa.

He blamed immigrants for rape, drugs and violent crimes and for stealing American jobs on top of that.

He incited racial hatred especially among far-right white groups and unleashed the demon that entered Derek Michael Chauvin who crushed George Floyd under his knee in daylight by a pavement.

Trump abused lawmakers who wanted fairer immigration laws and accused them of encouraging an influx of aliens from “shithole countries.”

That one, directed at Africans and Haitians in particular, hurt.

The AU was forced to demand an apology.

Trump offered one with the right hand and took it back almost immediately with a vulgar left hand when he called his guest, Nigeria’s President Muhammadu Buhari, “lifeless”.

Not long after he insulted Buhari, Trump put his foot in mouth again, right up to his knee, only this time over South Africa.

He latched on a false comment by a Fox News TV host, stoked by a vicious trope of white farmers, to ask the US secretary of state to “closely study the South Africa land reforms and farm seizures…and the large-scale killing of (white) farmers.”

The African National Congress (ANC) had called for constitutional amendment to broaden land ownership which, because of South Africa’s apartheid history, put millions of blacks at a severe disadvantage.

That was all. If there was any killing at all, it was on Trump’s Twitterfields, where for four years the US president and his lynch mob made truth fair game.

Perhaps there was a spell of sanity, like when President Uhuru Kenyatta of Kenya visited him? Not quite.

The charm offensive was not so much out of love for Kenyatta. It was not an act of contrition either: it was simply motivated by a sense of cold business calculation.

Trump opposed and obstructed two vital appointments on which Africa and the rest of the world stood shoulder to shoulder: The reappointment of Dr. Akinwumi Adesina as president of the African Development Bank; and the appointment of Dr. Ngozi Okonjo-Iweala as director general of the World Trade Organisation

Trump was worried that the Chinese were getting an increasingly bigger chunk of the Kenya pie, and the deal maker and Sinophobe that he is, he needed to maintain the US cut.

For all his disguised and undisguised insults, tirades and tantrums during his presidency, however, Trump reserved the worst and bitterest spite for the last.

Like he did on the Paris Accord on climate change, North Korea, and trade, the US president broke ranks with his allies, preferring to be a lone wolf.

Trump opposed and obstructed two vital appointments on which Africa and the rest of the world stood shoulder to shoulder: The reappointment of Dr. Akinwumi Adesina as president of the African Development Bank; and the appointment of Dr. Ngozi Okonjo-Iweala as director general of the World Trade Organisation.

Not that there was any blemish to the records of the candidates or a question of competence or capacity.

Trump was just being Trump, a man who would not let common sense get in the way of his ego.

American exceptionalism, taught and widely esteemed in many graduate schools and adored in elite circles on the continent – the very power of American example – is in tatters.

Also, during the recent dispute between Ethiopia and Egypt over the Grand Ethiopian Renaissance Dam, Trump who was supposed to be a mediator, warned that Egypt could “blow up the dam”, raising tensions which were already high in the region.

“With mediators like Trump, who needs an instigator?,” leading columnist and chairman of the Daily Trust editorial board, Mahmoud Jega, asked.

“His attitude – his racist insults and lack of empathy – is a reflection of his contempt for blacks in the US in particular and blacks everywhere.”

In hindsight, the action of the first black Nobel laureate in Literature, Wole Soyinka, who called out Trump’s bigotry early on, discarded his US “green card” and vowed never to visit Trump’s America, seems mild.

Those who criticised Kongi at the time must now be feeling sorry for themselves.

Yet, as Jega also told me, while Trump takes first prize, he is not the only sad chapter in the continent’s book of hostile US presidents, where Republicans have a special mention.

The pair was the worst international enablers of and profiteers from apartheid, however stridently the Organisation of African Unity (OAU as it then was) and the rest of the decent world opposed that obnoxious regime.

In hindsight, the action of the first black Nobel laureate in Literature, Wole Soyinka, who called out Trump’s bigotry early on, discarded his US “green card” and vowed never to visit Trump’s America, seems mild

In the last 40 or 50 years, Jega said, Africans appear to have had more friends in the Democratic fold, with President George W. Bush’s exceptional African record, being the only Republican outlier.

Bush not only holds the highest record for the most US presidential visits since Franklin Delano Roosevelt first set foot on the continent in 1943, his health initiatives valued at $80billion, helped to polish the significantly tarnished Republican legacy in Africa.

To be fair, Trump maintained the over one-decade-long history of between $7-$9billion aid to Africa; called out the Nigerian government on sectarian killings in the Northern part of Nigeria; and even sold fighter planes to contain insurgency which Nigeria could not secure under President Barack Obama.

Hotheads in Nigeria’s South East pressing for self-determination even fancy Trump as a hero. Yet, his tenure has been the worst collective nightmare in the African psyche.

South African journalist and newspaper editor, Ferial Haffajee, said she couldn’t think of a Trump Africa legacy, accusing him of “unwinding” the good policies of his predecessors.

“He was the archetypical strongman leader,” Haffajee said. “As we watched aghast at the raid on the Capitol in Washington in the opening days of 2021, I was happy to be living in a stable democracy with a sensible president.”

Founder and Publisher of The Ghanaian Chronicle, Kofi Coomson, said, “Trump was lower than low. I still can’t fathom how he became president of such a great country. As an African, I think he’s the worst in living memory.”

Perhaps, Africa needed the insanity of the Trump years to rediscover itself?

“Trump’s African legacy is that of a president who did not pretend that Africa is of any significance in his foreign policy focus.

“Although his wife toured Africa, he didn’t, unlike his predecessors. He relegated Africa to the low level of State Department and left it in the hands of American companies that are doing well for America. That should make Africans wake up to the fact that international relations is competitive. Africans should stop being deceived that they have friends who are giving them aid lifelines.”

If it has taken Trump, and 78 years after FDR’s first visit for Africa to discover the legacy of self-interest, perhaps it’s not a bad thing after all.