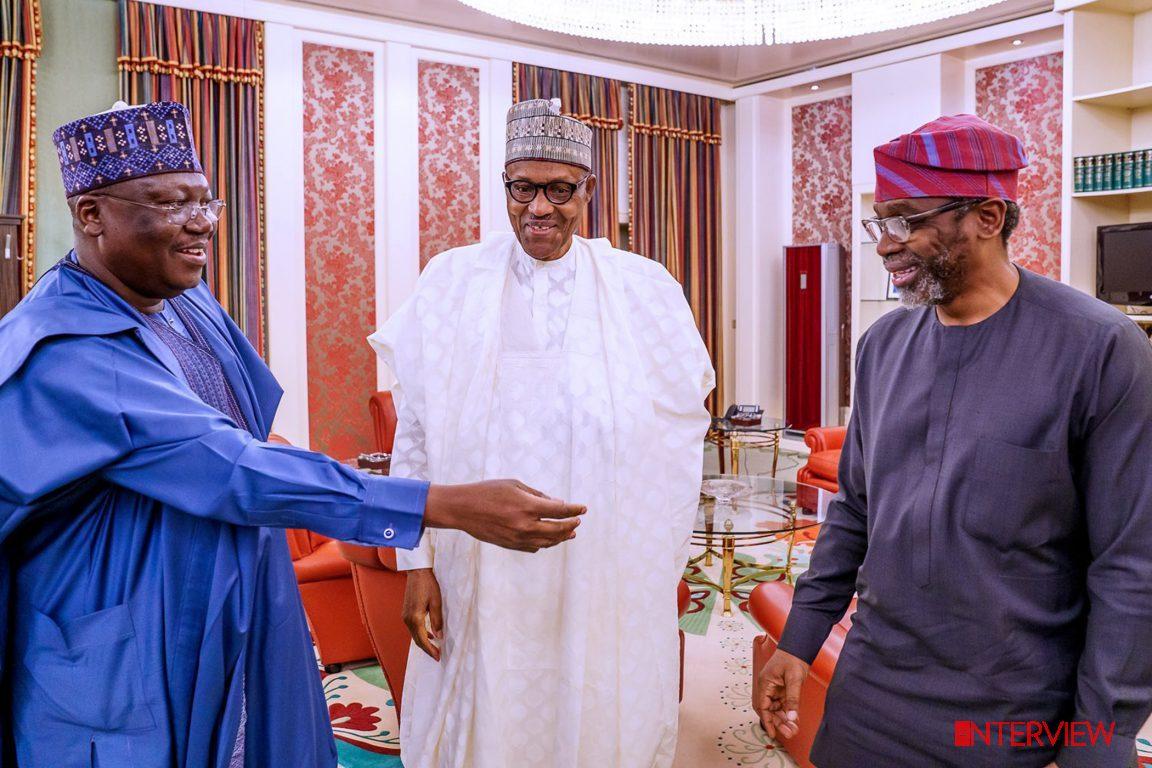 When the year 2020 popped out of the womb of time, nobody knew that it was going to be what Yoruba people call Ogbologbo. Rough and tough. Unpredictable. Hungry and angry, consuming anything and everything it could lay its jaws on.

Across America, Europe, Asia, Africa, indeed, all continents, time, like an ever-rolling stream, has been bearing its sons and daughters away. They fly forgotten as a dream dies at the opening day.

And who or what is the Grim Reaper?

It is called a pandemic. COVID-19. Like President Muhammadu Buhari often says, “you can’t see it, you can’t hear it, you can’t smell or touch it, yet it is there, wreaking havoc all over the world.”

COVID-19 is a Great Leveler. It has removed dichotomies between the First World and the Third World. Every country, no matter the level of your health infrastructure, suffers.

In fact, curiously, those who were better prepared for emergencies are suffering more, even than Africa, Nigeria particularly, with severe health infrastructural deficits. God works in mysterious ways His wonders to perform. When a cow has no tail, it is God that helps it to drive away flies. That is Nigeria for you.

“As spokesman to President Buhari, I had the duty to respond to a good number of the criticisms. One tried to do it as decently as necessary. One day, they had been ululating over one flimsy matter, and I responded, wondering whether the professional critics had any other job at all.”

The Grim Reaper is a respecter of nobody. It takes the rich, takes the poor. It takes the old, and the young. It takes the brilliant, and the dullard. It is still around, stalking, predating, seeking who to devour. May God keep us from an enemy we can’t see, hear, smell or touch. Amen, somebody!

As 2021 rolls in, it calls for new priorities from us as a people. As Nigerians, people ordained by fate to inhabit the area of the great River Niger, we must pause and think, and reset our priorities.

When this administration first came in 2015, every of its move was opposed by the then freshly rusticated People’s Democratic Party (PDP). Spokesman for that party then was Olisa Metuh. If President Buhari inhaled, he didn’t do it well. If he exhaled, he was asked why he did it like that. If rain didn’t fall, Buhari did it. If it rained too much, Buhari o, Buhari o. If a man was like a stud in his home, it was Buhari. If he suffered loss of power, chai, Buhari o, Buhari o.

Olisa Metuh led the charge of criticism. And he had good allies in millions of people, worsted at the 2015 polls, and who didn’t seem to realize that the elections had been lost and won, and power had changed hands.

As spokesman to President Buhari, I had the duty to respond to a good number of the criticisms. One tried to do it as decently as necessary. One day, they had been ululating over one flimsy matter, and I responded, wondering whether the professional critics had any other job at all.

I told them that power had changed hands inexorably, and that they should be ready to cry for a long time, if it was the option they preferred. I remembered the reggae music group, Bob Marley and the Wailing Wailers. I borrowed the name of the band to describe them. Wailing wailers.

It caught on like wildfire. People latched onto it, particularly pro-Buhari forces, to describe the unrelenting critics. The epithet, which I originally used to describe Metuh and his rag-tag army, was eventually appropriated by everyone in opposition to the Buhari government, and they began to call themselves wailers. Well, if they loved the name, and had accepted it, what else could we do than to arrange a formal naming ceremony? We did, and rice and stew was very plenty.

And so we have been coming since 2015. The wailers crying and holding their heads in grief, cursing and hissing like serpents, the hailers applauding the government and encouraging it to do better. Which side would you rather be? You know the answer.

“May 2021 be a better year for us all. May we be kept, sustained, and taken care of by the divine powers. May insurgency, banditry, all forms of criminality come to an end.”

In the year of the pandemic, everything collapsed.

The economy. Oil prices in the international market. Businesses. There were emergencies, with people struggling to balance between lives and livelihood. Budget projections became nonsense. There were lockdowns, and life was generally nasty, and unpleasant. In many countries of the world, the citizenry knew where their problems came from. But in Nigeria, the wailers attempted to change the narrative. Chai! Buhari! Buhari! Buhari oooo.

But in the midst of the challenges, with earnings at about one quarter of what we used to receive as a country, President Buhari gave a charge to the Minister of Finance: salaries and pensions must not fail, and funding of agriculture and infrastructure must not stop.

How admirable. What other evidence did you need to know that it was an administration that had come to serve, and not to be served? In the same situation, in another era, those in government would be lining their pockets, looting whatever was available, to provide for themselves and their families, against the rainy day. Buhari picked salaries, pensions, funding of agriculture and infrastructure.

Let us look at infrastructure. In 2020, the year of the pandemic (which is yet to abate), did you notice any reversal in the building of roads, rail, bridges, airports, and the like? A lull during the lockdown, but things revved up again. Second Bridge over the River Niger. AKK pipelines. Long abandoned roads. Airport projects. All proceeding apace, and most of them billed to be completed in the lifetime of this administration.

Minister of Works and Housing, Babatunde Raji Fashola, has given timelines on the completion of major projects in the country. Most of them fall within the first quarter of 2022, a clear year before the terminal date of the administration. You know what that means? 2021 is the year of work. Hard work, to deliver on the major projects by next year. Is it then a year to continue wailing? No. It is the year to calm down.

A year for wailing wailers to find a vocation, and allow government to concentrate, and deliver on projects at hand. Anybody who loves the country must resolve to give government as less distraction as possible this year. Yes, there are challenges: security, economy, improving quality of lives. Lack of jobs. Inflation. And many others. But is it the year to wail? No. We should rather hail, encourage government to do better, and engender better standards of living for Nigerians.

So, what am I saying? No criticism in 2021? No. But let it not be a fulltime vocation, as it has been with some people. They will criticize the rail project of the government, calling it white elephant, but will be the first to hop on the trains, taking selfies in it. Wailers, calm down. Please, “be calming down” in 2021, so that government can function with less distractions. It is not the year to cavil, find unnecessary faults, and fill the land with lamentations.

May 2021 be a better year for us all. May we be kept, sustained, and taken care of by the divine powers. May insurgency, banditry, all forms of criminality come to an end. May we get out of the Hobbesian state of nature, where life is nasty, brutish and short. May we have more causes to hail, instead of wail.

May we love our country, warts and all, knowing that no perfect government exists anywhere, at least, not one run by man. William Cowper said: “England, with all thy faults, I love thee still. My country.” We should also say same of Nigeria.

May it be a splendid year. And may Heaven endorse our amen. Again, amen, somebody!