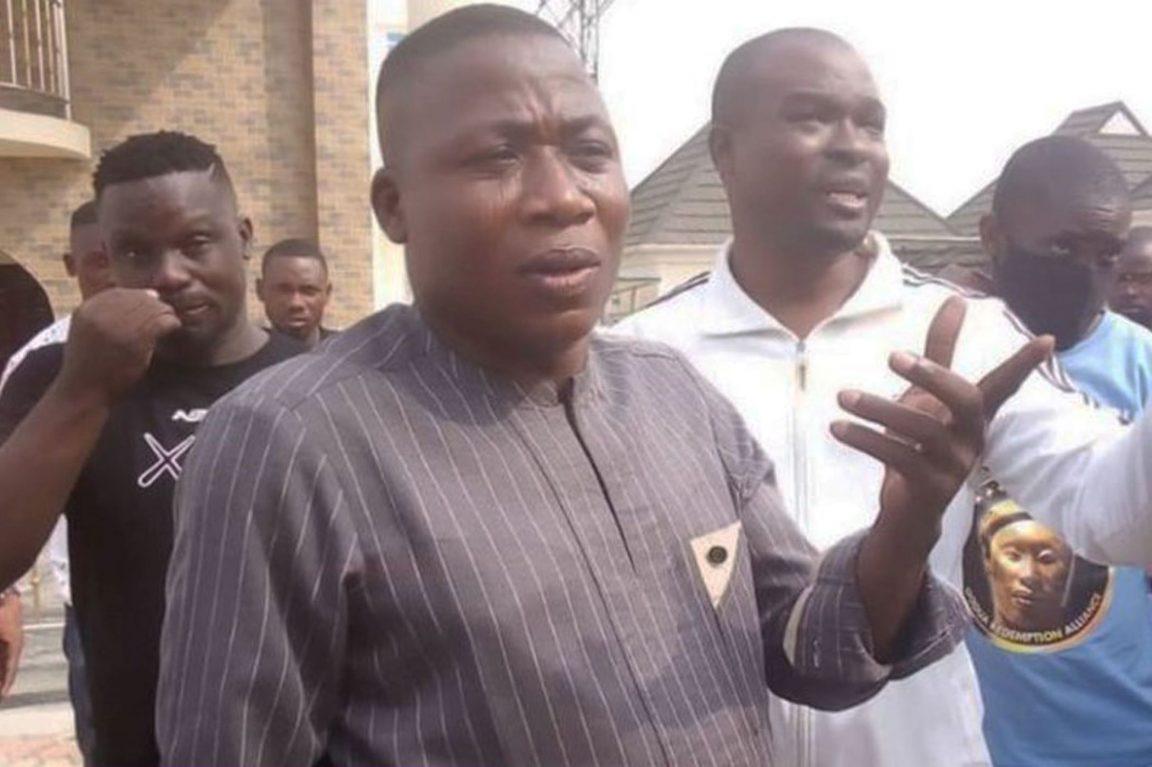 Nigeria is a nation abducted; held hostage for decades to interests more powerful than the parts that make it whole.

The nation has been a victim to many types of kidnappers, from corrupt leaders and soldiers to religious scammers.

It is facing the worst kind of kidnapping by being practically overrun by just a section of the civilian population, the Fulani pastoralists.

And that is raising the political temperature above the boiling point.

The daring manner through which the Fulani herdsmen have held Nigeria in their grip makes this a difficult pill to swallow, and the reaction is ripping the fabric of unity apart.

The victims have had enough and the drums of secession are sounding louder by the day.

No voice has been able to articulate the feelings of Nigerians regarding the Fulani herdsmen rampage than that of a citizen by name Sunday Igboho in Oyo State.

Though maligned by the political elite, Sunday Igboho has put in a few words what many Nigerians cannot articulate, declaring that the violent Fulanis cattle rearers cannot drive us from ancestral lands.

It is common sense that the survival of Nigeria as a nation would rest upon the protection of private land and property.

Law and order will collapse when people are being made to fight to keep what’s theirs, while the Fulanis strode as if they are a colonial power.

Makinde pitched to the wrong side of history, in a sharp contrast to the Governor of Ondo State, Mr. Rotimi Akeredolu, who dared the herdsmen

People are left wondering if their elected government even cares about protecting them, and are now eager to protect themselves.

Sunday Igboho is an interesting and enigmatic phenomenon.

He represents an agitation and a defiance. He is a symbol of citizen resistance and an expression of the will of the people to protect themselves when the government is irresponsible.

In the last few years, the issue of Fulani pastoralist criminality has gotten worse, even as the administration of Mohammadu Buhari, a Fulani president, looked the other way.

There is neither a shred of sincerity nor trust that this administration can put Nigeria in the right direction.

In fact, it is glaring that the Buhari administration has sided with the Fulani pastoralists and their leadership.

As Nigerians get tired of the antics of the government, and seeing no path to a resolution, there is now a growing call for Nigeria to break up, and an opening for a populist speaker.

From everything I have read, Sunday Igboho is a courageous man, who has received career boosts from politicians over the years to enable him a comfortable life.

He has given protection to the most visible politicians in the land, doing well enough to send his family to Canada and German to live.

While the same politicians who created the phenomenon are now trying to discredit Sunday Igboho, they are failing.

The man is not just savvy in civil action, he is brilliant in public relations. He has not only attracted positive sentiments to his cause but he has diverted negative energy to those who try to discredit him.

Sunday Igboho may not have had a lot of Western education but he is showered with native intelligence and political quotient. He is a match for the antics of politicians.

The Governor of Oyo State, Mr. Seyi Makinde, cannot be said to be without political experience.

He is one of the smartest politicians in Nigeria, having won an election that the powerful All Progressives Congress (APC) had assumed was theirs to lose.

Makinde, therefore, became the only PDP governor in Western Nigeria.

Even with Makinde’s shrewdness, Igboho has left him in the dust of popularism.

Not accurately gauging the pulse of his people, Governor Makinde tried to stop Sunday Igboho.

It ended up being a disaster from which he will have to work hard to recover.

Makinde pitched to the wrong side of history, in a sharp contrast to the Governor of Ondo State, Mr. Rotimi Akeredolu, who dared the herdsmen.

Governor Makinde can only salvage whatever is left of his political capital, but he has been clearly beaten by a political tool called Sunday Igboho.

And it is a shame that, instead of the elected leaders, the so-called political thug is now the man who the people look up to for help.

Journalist and politician, former Senator Babafemi Ojudu, who is a special adviser to the president on political matters, got whipped just as Governor Makinde by Igboho.

He exposed himself and his principal as employers of political thugs, rather than making the point stick that Igboho is a thug.

Many political leaders will continue to get exposed in regard to their handling of the Fulani herdsmen mess if they fail to stand on law and principle.

They have neither been able to confront President Buhari nor put up a constitutional and moral pushback against a crime that threatens Nigeria’s survival.

In the end, if the Nigerian political experience were to fail, the dim-witted politicians must all be blamed for prioritizing political relevance above truth and justice.

From 2015, when Major General Buhari became president, hundreds of Nigerians have been murdered by herdsmen in their bid to confront the Fulanis’ attempt to control cattle grazing pathways across the country.

The Fulanis have trampled upon private farmlands and public property without remorse, killing innocent people.

Akeredolu stands out as a goldfish against his peers and he must continue to follow the trajectory of his heart and justice for his people.

He traced the killings and kidnappings in his state of Ondo to the activities of herdsmen and gave them a seven-day ultimatum to vacate government reserves.

He also prohibited the movement of cattle within cities and highways, as he linked crimes to herdsmen operating illegally from forest reserves.

As can be expected, Akeredolu instantly drew the ire of a normally dormant Federal Government, even though Akeredolu and Buhari are of the same party.

The Buhari government has lost the confidence of Nigerians.

It is mistrust that caused the Western state governments set up the Amotekun law enforcement outfit to fish out and extinguish criminal pastoralists, at the displeasure of the Buhari administration.

Without the support at the federal level, Amotekun is still struggling to launch. The resultant vacuum is what created Sunday Igboho.

Further failure of governance can only lead to many more clones of him as citizens take the law into their hands.

While President Buhari continues to live in denial, the spiritual head of the Fulanis, the Sultan of Sokoto, Sa’ad Abubakar III, has acknowledged his people are responsible for making Nigeria insecure.

Sadly, President Buhari, having fully expended his political capital, is no longer trusted as an impartial leader to address the problem

In a meeting with the protective Fulani Miyetti Allah Cattle Breeders’ Association (MACBAN) in Abuja, Sultan Abubakar admitted the Fulanis were behind the misery being piled upon Nigerians; but remarked that it was wrong to label all Fulanis as criminals.

I have not felt that Nigeria’s survival as a political entity was at any risk since the June 12, 1993, election annulment.

Today, I know that without political restructuring, Nigeria is toast.

The federal arrangement is so flawed that pronouncements and deployments are ineffective in this case.

The lack of willpower to restructure Nigeria is leading to a more serious consequence – the call for secession.

We must confront the apparent weaknesses in the dilapidated structure and show confidence and boldness to tackle them.

This is not a time to withdraw into ideological, ethnic or religious camps.

The Fulani herder cannot continue to stroll over other people’s property and destroy their livelihoods as if it is Othman Dan Fodio’s days. The Jihad was over in the 1800s.

Sadly, President Buhari, having fully expended his political capital, is no longer trusted as an impartial leader to address the problem.

But the president can still work on his legacy by handing the problem to an independent commission or some other wise men to handle.

Or, he can cross his fingers while Nigeria disintegrates under his watch.