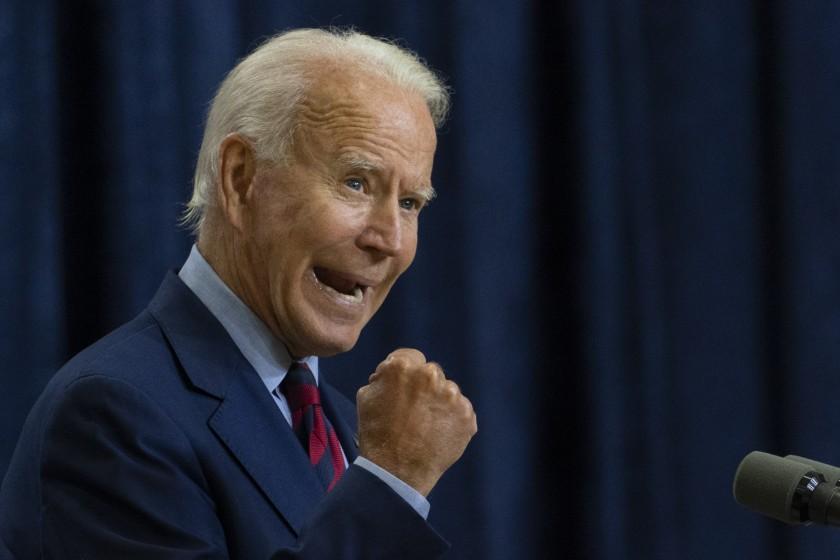 If Nigerians had a vote, you’ll probably not be the 46th President of the United States of America.

You might wonder why in spite of your long list of transgressions against Trump from his malicious negligence in the fight against coronavirus to his congenital lying, and from race-baiting to his crooked politics, we still love him.

It’s not about Trump, Mr. President-elect.

It’s largely for two reasons: The first is the irony of those who even though they benefited from liberal US immigration policy vigorously support Trump’s harsh U-turn.

A vote for him is a matter of economic self-interest.

Nigerians share a lot of the conservative values of Trump’s Republican Party.

Pretty much the same can be said for a number of African countries.

We are vigorously opposed to what may be judged reprobate relationship especially one that tends to redefine the traditional marriage institution.

Nigerians tend to recoil when people speak about such unusual social relationships.

They are often outraged when liberals proselytise it at gun point.

Minus President Ronald Reagan whose shameless support of apartheid in South Africa we will never forget, the jury is out on which Republican or Democratic president in the last four decades or so has been the best friend of Nigeria and of the continent

We love community, of course. Through the years, however, we have learnt from institutional failures and disappointments to fend for ourselves.

Our memory of government in our lives, if it exists at all, is remote, bitter and ruthlessly predatory.

We’re cousins of the Republicans. Not just in words, but in deeds, too.

Minus President Ronald Reagan whose shameless support of apartheid in South Africa we will never forget, the jury is out on which Republican or Democratic president in the last four decades or so has been the best friend of Nigeria and of the continent.

Bill Clinton was loved for his charisma and applauded for the African Growth and Opportunity Act (AGOA), which promoted agricultural trade with Africa, though his hand-wringing during the Rwandan genocide that cost nearly one million lives will continue to hunt his African legacy.

However, no other US president in the last three or four decades has equalled the contribution of Republican President George W. Bush.

READ ALSO: Win or Lose, Trump Is A Danger To Africa

He will be remembered for making the most consequential intervention through the provision of antiretroviral drugs at a cost of about $80bn, which saved about 13million lives, mostly in Africa.

Of course, we love President Barack Obama under whom the President-elect served as deputy and remember your tireless efforts in the Senate to repair bridges that angry Republicans blew up time and time again.

But as you know, his bullishness on gay rights didn’t rub off well in a largely traditional society such as ours, never mind his stone-throwing at us from across the fence in neighbouring Ghana during a trip to that country eight years ago, still widely regarded in Nigeria as spite tourism.

Let me come to the point.

Why, in spite of all the nice things I have said about Republicans, were a significant number of Nigerians happy to help push Trump over the edge in days just before and after November 3?

What changed after Pew?

Trump has a hobby, a nasty hobby, of blocking Nigerian candidates for international positions, just for the heck of it

Trump’s vileness, which has always been there, took on a new malignancy.

His public rejection of orderly transfer of power and his determination to live up to this threat; his race-baiting which needlessly raised tensions and put at risk public safety including the wellbeing of over 400,000 Nigerians in the US, were too much to bear.

Before our eyes, Trump became not just a bad example, but a danger, liable to be copied by our copycat politicians.

His Republican Party, too, has also shown that its own brand of conservatism habours hypocrisy.

The party doubled down shamelessly on everything over which it criticised Obama from the brazen packing of the Supreme Court with solicitous justices to the passage of an Olympian-size stimulus package and countless other minor crimes in-between.

But there’s something even more personal.

Trump has a hobby, a nasty hobby, of blocking Nigerian candidates for international positions, just for the heck of it.

In May, he incited the Board of the African Development Bank (AfDB) against its president, Akinwunmi Adesina’s second term bid.

He insisted on dragging Adesina through the same mud the man had been cleared from.

It was not about scrutiny, a word that Trump couldn’t spell to save his own life.

It was a disgraceful witch hunt orchestrated by Trump’s White House, period.

The same scenario is playing out with Ngozi Okonjo-Iweala Nigeria/Africa’s candidate for the position of director general of the World Trade Organisation (WTO), also backed by the European Union.

The US has, so far, blocked Okonjo-Iweala’s candidacy conveniently citing her inexperience in trade, when any yam head can see that the real reason is because Washington thinks she has the support of China or even worse – that she could have a mind of her own.

In the circumstance, supporting Trump or the remnant of his hijacked Republican Party was untenable.

In a fate worse than Humpty Dumpty’s, not even African angels or aliens from Mars summoned to save Trump by his Spiritual Adviser, Paula White Cain, in a pathetic video which you may have seen, were disposed to help.

What do we want? You have a full plate, if not a poisoned chalice.

The bitter and deeply divisive elections with the legal challenges ahead; a hostile Senate and an even more hostile judiciary; and what to do about ongoing ravages of coronavirus and job losses, are enough to keep you awake at night.

We also understand that in the midst of the current Trump wreckage there is a sense in which “America First” makes sense, no matter how obnoxious or obtuse it echoes.

If our own leaders had not cheapened themselves, like former President Olusegun Obasanjo crawling to Bush to support his illegal third term bid; if former President Goodluck Jonathan had not been overcome by incompetence in the handling of the Boko Haram inviting insults from Obama; and if President Muhammadu Buhari is not behaving as if he’s overwhelmed by the job, attracting scorn from Trump of all people, we would not be where we are today.

Our leaders have let us down and we have played no small part in enabling them.

Before our eyes, Trump became not just a bad example, but a danger, liable to be copied by our copycat politicians

In a way, Trump earned his arrogance.

Once the US saved itself from drowning in imported crude oil of which Nigeria was a major supplier, Trump felt liberated and entitled to bully his way or treat others with contempt.

And we have had more than our fair share of both in these four years.

What we ask for, Mr. President-elect, is a fair shot for thousands of our citizens in the US who are either legally studying, working or visiting, and dignity for those trying to find a legal pathway to citizenship.

The current situation where Trump-inspired race-baiting presumes every black person a criminal until they prove themselves innocent must stop and the significant black vote in this election is a demand for change.

We also hope that once you’re done with your housekeeping – a daunting task if ever there was one – you’ll to start rebuilding confidence in the American system badly damaged by your predecessor’s rascality.

The same way Senator Mitch McConnell promised to make Obama a “one-term president” from day one, Trump’s sympathisers in the different branches of government will do everything to defend his rotten legacy.

From the role of America’s Peace Corps after Nigeria’s civil war, to its support for the pro-democracy movement and civil society in the 1990s, and from its support for institution-building through cultural exchanges to stabilisation and security in the sub-region under a rules-based system, the US has mostly been a force for good and a role model.

That reputation is in tatters.

It is difficult to rebuild it without, at some point, getting Trump to pay for the damage he has caused, while not making him a cause celebre in the process.

Yet, holding him to account will not only send a signal that ruinous habits have consequences, it will also discourage copycats elsewhere, and send the message that US is finally, open for business.

Mr Azubuike Ishiekwene, a journalist and director of The Interview, is currently on sabbatical as Editor-in-Chief of LEADERSHIP Group based in Abuja, Nigeria. He's also the author of The Trial of Nuhu Ribadu: A riveting story of Nigeria's anti-corruption war.