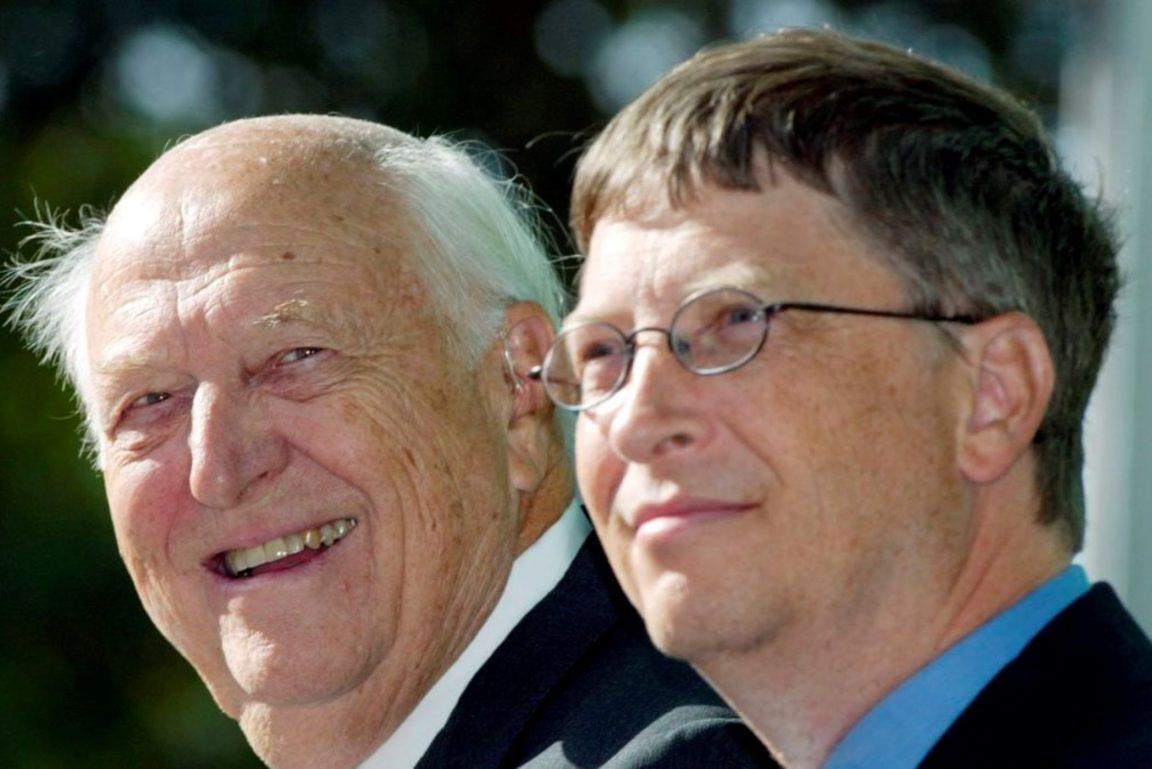 Bill Gates Snr., a lawyer and the father of Microsoft’s Co-founder, who stepped in when appeals for charity began to overwhelm his billionaire son and started what became the world’s largest philanthropy, the Bill and Melinda Gates Foundation, died on Monday at his beach home on Hood Canal, in the Seattle area.

A New York Times report said he was 94.

The cause of his death was Alzheimer’s disease, his family said in an announcement on Tuesday.

The younger Gates who announced his father’s death on an Instagram post said his late father was the real Bill Gates.

He wrote, “Dad lived a long and meaningful life. I never stopped learning from his wisdom, kindness, and humility.

“Melinda and I owe him a special debt because his commitment to serving the community and the world helped inspire our own philanthropy.

“Although he would be the last person to say it, my father’s compassion and generosity will live on in the foundation he helped build.

“As I would always say, my dad was the real Bill Gates. He was and will continue to be all the things I strive to be.”

In 1994, Mr. Gates was 69 and planning to retire from his prestigious law practice in a few years when, one autumn evening, he and his son, Bill, and his daughter-in-law, Melinda, went to a movie.

Standing in the ticket line, Bill told his father that he was being inundated with appeals for charity but that he was far too busy running Microsoft to answer them.

His father suggested that he, Bill Snr., could sift through the paperwork and, with his son’s approval, send out some checks.

What Mr. Gates Sr. found later were dozens of cardboard boxes filled with requests for money, many with heartbreaking stories of need.

A week later, Bill Jr. set aside $100m to open what was initially called the William H. Gates Foundation.

His father, sitting at his kitchen table, wrote the first check: $80,000 for a local cancer programme.

Over the next 13 years, while Bill Gates focused primarily on Microsoft, his father managed the foundation day to day, conferring with its executives and philanthropic experts, sending his son lists of proposed grants, writing checks and shaping the charity’s major goals: improving health and education and alleviating poverty in America and the third world.