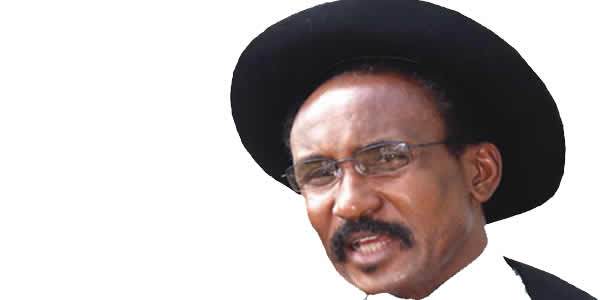 Colonel Dangiwa Umar has written an open letter to President Muhammadu Buhari in which he warns the president of the nature of the lopsided appointments by the government in favour of a particular part of the country.

He said the appointments could lead to the country’s destruction.

Umar explained that he was prompted to write the open letter because of the loud sounds of drums, singing and dancing that erupted within many groups in the last few days on the grounds that Buhari attained the 5th year in office as President of Nigeria.

He said it wasn’t surprising that enthusiasm for the celebration s not shared equally by segments of the public.

While the president’s admirers and supporters believe he has performed well, many others believe the last five years he has been in office as our President has not met the yearnings, expectations and change promised Nigerians.

Umar, a former military governor of Kaduna said, “At the expiration of your 8-year tenure in 2023, your achievements will not be measured solely by the physical infrastructure your administration built. An enduring legacy would be based on those intangible things like how much you uplifted the spirit and moral tone of the nation. How well have you secured the nation from ourselves and from external enemies?”

On the appointments, Umar stated, “At this time and in the light of all that have happened since you took office, any conversation with you Mr. President cannot gloss over the chaos that has overtaken appointments into government offices in your administration.

“All those who wish you and the country well must mince no words in warning you that Nigeria has become dangerously polarised and risk sliding into crisis on account of your administration’s lopsided appointments which continues to give undue preference to some sections of the country over others.”

Nowhere, he said, was this more glaring than in the leadership cadre of our security services.

“I regret that there are no kind or gentle words to tell you that your skewed appointments into the offices of the federal government, favoring some and frustrating others, shall bring ruin and destruction to this nation.

“I need not remind you, Mr. President, that our political history is replete with great acts of exemplary leadership which, at critical moments, managed to pull this nation back from the precipice and assured its continued existence.”

He reminded President Buhari that both the chief of staff, Mr. Sunday Awoniyi, and the personal physician Dr. Ishaya Audu to the Premier of Northern Nigeria, Alhaji Sir Ahmadu Bello, a direct descendant of Sheikh Usman Dan Fodio, were Christians.

“His economic advisor, Prof. Emmanuel Edozien and his Chief of Personnel Staff Dr Michael Prest, were of Niger Delta extraction. Remarkably, all his military service chiefs were Christians with the exception of his last Chief Army Staff, General Inuwa Wushishi under whose tenure he was removed in a military coup de tat,” Umar stated.

According to him, it was expected that President Buhari being a witness and beneficiary would emulate these great acts of statesmanship, noting that that is why they have continued to engage with him.

Speaking on Justice Onnoghen, Umar said Nigeria was saved embarrassment when his nomination was sent to the senate by the then acting President, Prof. Yemi Osibanjo.

“You may wish to recall that I had cause to appeal to you, to confirm Justice Onnoghen as the substantive Chief Justice of Nigeria a few days before the expiration of his three months tenure of acting appointment to be replaced by a Muslim Northerner.

“When he was finally confirmed a few days to the end of his tenure, he was removed after a few months and replaced by Justice Muhammed, a Muslim from the North,” Umar recalled.

He also drew the attention of the president to the pending matter of appointment of a Chief Judge of the Nigerian Court of Appeal which appears to be generating public interest. ”

As it is, the most senior Judge, Justice Monica Dongban Mensem, a northern Christian, is serving out her second three-month term as acting Chief Judge without firm prospects that she will be confirmed substantive head.

Going further, Umar said he didn’t “know Justice Mensem but those who do attest to her competence, honesty and humility. She appears eminently qualified for appointment as the substantive Chief Judge of the Court of Appeal as she is also said to be highly recommended by the National Judicial Council.”

He said if she was bypassed in favour of the next in line who happens to be another northern Muslim, that would be truly odd.

“In which case, even the largest contingent of PR gurus would struggle to rebut the charges that you, Mr. President, is either unwilling or incapable of acting on your pledge to belong to everyone — and to no one. I hope you would see your way into pausing and reflecting on the very grave consequences of such failure not just to your legacy but to the future of our great country,” Umar wrote.