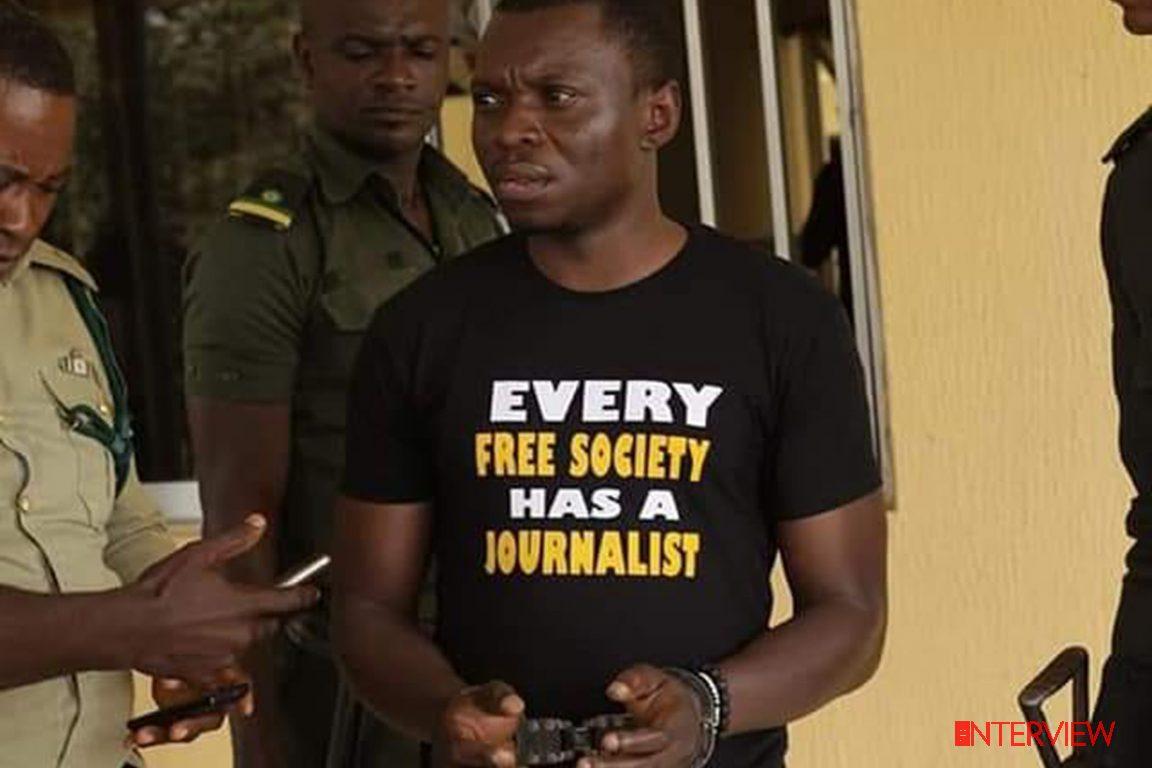 AGBA JALINGO, Publisher of CrossRiverWatch, has called for the reassignment of his case to another trial judge, saying Justice Simon Amobeda has promised to sentence him to death like Ken Saro Wiwa.

Jalingo is standing trial at the Federal High Court in Calabar for charges of treasonable felony and terrorism.

In an affidavit addressed to the Chief Judge of the Federal High Court, dated November 27, and signed by Jalingo, he said a leaked audio statement credited to the presiding judge, Justice Simon Amobeda, by an online news platform showed he would not get “fair trial”.

Jalingo, who was arrested and charged with treason after he published a story on how Cross River State governor, Professor Benedict Ayade, allegedly approved and diverted N500m meant for Cross River State Microfinance Bank, said he wanted his case reassigned to another judge outside Calabar Division who would be less susceptible to local political pressure.

The affidavits reads in part, “It has been brought to my attention that an online newspaper called thecable did published and exposed on its website what it says a secret audio recording of Justice Simon Amobeda, discussing my case with some unidentified persons on Wednesday the 14th day of November, 2019.

“Everything said in the secret audio was to strangers who had no business whatsoever with my case. It was behind my back, the back of my counsel, the back of by prosecutor on a day in which my case did not come up before him, Justice Simon Amobeda.

“Among other things in his voice in the secret audio recording, Justice Simon Amobeda promised to treat me like Ken-Saro Wiwa was treated in his trial and conviction and sentence to death by military tribunal during the lamentable military dictatorship of the late General Sani Abacha.

“Justice Amobeda also reportedly made statements implying that Judgment in his court is a matter of favour rather than of law and justice. This implication is exampled by the following, amongst many such statements in the secret audio recording, justice Amobeda said:

“That he awards “let my people go” judgments (which I understand to be the unmerited and undeserved judgments) to lawyers with whom he has personal friendship, and is disappointed that beneficiaries of such judgments joined a “A Senior Advocate… from Lagos” insisting on justice for me according to law and the call of justice , rather than as favour for him; and

Calling on the Chief Judge of the Federal High Court to reassign his case to another judge outside Calabar Division who would be less susceptible to political influence, Jalingo said he was ready to face trail and prove his innocence in the court.