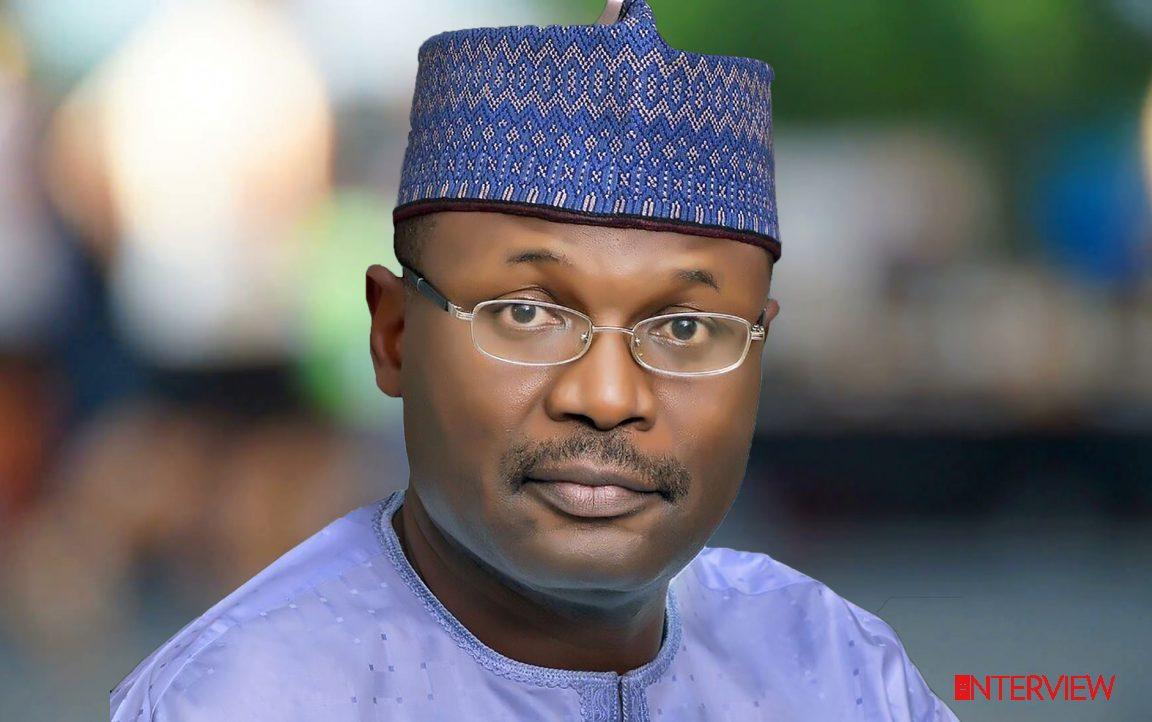 Last week, when I described the Chairman of the Independent National Electoral Commission (INEC), Mahmood Yakubu, as one of the most frequently executed men on social media, I had no idea what was coming.

About 48 hours later – and after weeks, if not months of repeatedly assuring the public that the commission was ready – he unexpectedly announced a one-week postponement of the elections. He set himself up not just for a fresh round of execution but also to have his remains burnt at the electoral stake.

The Yakubu picking up the pieces and rallying his team to fix Saturday’s presidential and National Assembly elections through a purgatory of remedial steps is a Yakubu in a bad place.

Only after the elections have been successfully conducted at the same time in the 36 states and Abuja and the results announced will Mahmood Yakubu begin to get his life back.

It’s pointless going over the details of what happened. That’s old story. We have been told that a combination of logistics nightmare, bad weather – and possibly sabotage – made it impossible to go ahead with the polls last week. This was the official version.

While the version peddled in Peoples Democratic Party (PDP) circles claimed that the postponement was the fallout of resistance by Yakubu to give in to pressure by the ruling APC to stagger the elections, starting with 26 states, the common version in All Progressives Congress (APC) circles was that PDP moles in INEC compromised the system by deliberately mis-dispatching or delaying the dispatch of election materials to APC strongholds.

From what he left unsaid about the possibility of a sabotage, his toughest battle may well be against insiders who betrayed him and the system in favour of politicians desperate to win at all costs. If nothing happens to the conduits inside INEC – the wolves in sheep’s clothing – the system will remain in danger

The only things constant are Yakubu’s name and politicians’ desperation.

He understands that unlike 2011 when the election was postponed hours after voting had commenced, or 2015 when the country was forced to shift the vote for six weeks for security reasons, voters will not accept any further excuses because that’s not what he promised them.

He has done well so far. On his watch the commission has conducted 195 rerun and off-season elections, recording fewer court-ordered re-elections than in any other elections in the last two cycles.

He has recorded the largest expansion in the voter roll through continuous registration and, for the first time, made significant changes to help the physically challenged have easier access.

Only after the elections have been successfully conducted at the same time in the 36 states and Abuja and the results announced will Mahmood Yakubu begin to get his life back.

He has successfully planned and faithfully executed 13 of the 14 items on the 2019 election timetable, though the cost of tripping on the last task could be more disastrous that the sum total of his success so far.

Yakubu has stood his grounds against party principalities and powers battling the commission in hundreds of court cases, insisting that the legal challenge, though costly, is essential to safeguard the commission’s integrity and independence.

It would appear, however, that the toughest battles he has to fight are not against politicians, who are his known enemies. The battles may not even be against the weather or logistics supply, however daunting these factors may be in a country plagued by poor infrastructure. These are small potatoes.

From what he left unsaid about the possibility of a sabotage, his toughest battle may well be against insiders who betrayed him and the system in favour of politicians desperate to win at all costs. If nothing happens to the conduits inside INEC – the wolves in sheep’s clothing – the system will remain in danger.

Not a witch hunt. I’m talking about a thorough root-and-branch investigation that strips every tribal covering and reveals the fraudsters for the danger they truly are.

It doesn’t matter how many peace accords they sign, politicians won’t do INEC the favour of making its work easy. Politicians are in the game to win, by means fair and crooked.

In their desperation they value thugs above heroes and moles above methods. But the good thing is that unlike the conduits within the commission, politicians are enemies in plain sight.

If it’s true as Yakubu said that the commission was not under any political influence and he put his reputation on the line by repeatedly assuring voters that everything was on course, then he has serious work to do. He must fish out those in the system who seduced him with a false hope. The danger is both human and systemic.

Some have said Yakubu should go. I disagree. We had false starts in two previous election cycles (2011 and 2015), and a near disaster in 2007 when election materials arrived in the country after the elections forcing three out of seven Supreme Court justices to declare the results of the election a sham.

We have to do more than sacrifice one man’s head to get things right: we’ll also have to examine the system closely.

The Justice Muhammed Uwais report is probably the most audacious attempt in the last 20 years to reform the electoral system, bringing it close to what exists in plural, multi-party democracies like Ghana, South Africa, India and Canada.

A number of the recommendations by the Uwais committee, including moving INEC’s funding to first line charge; use of biometrics; and continuous registration of voters, among others, have already been implemented. These changes have brought tremendous improvements to the quality of elections in the country.

An important aspect of the committee’s work, still untouched, however, is the unbundling of the commission. This aspect came to light again this week.

Uwais recommended the creation of three other commissions from the existing one: one to register and regulate political parties; the other to deal with electoral offences; and the last one to handle constituency delimitation.

Will an “unbundled” INEC be more efficient? Will it save the country from the sort of embarrassment witnessed last week?

I doubt it. From Ghana to South Africa and from Canada to India, the election commissions perform largely similar functions with their Nigerian counterpart, though in South Africa and Canada, they are primarily answerable to the legislature.

INEC is inefficient because it has added to its own inherent problems the incompetence of other commissions set up to do precisely what it is now doing. It is plagued by the self-inflicted virus of bureaucracy-litis – the condition of adding the jobs of other failed bureaucracies to its own.

Two examples will suffice. If the National Population Commission (NPC) was doing its job, why would INEC spend billions of naira to continuously vet or update the voter register when the data could easily have been obtained from the NPC?
The setback of last week should be a watershed moment to implement far-reaching reforms, from inside out, after Saturday.

The NPC has 22 commissioners with jeeps, fat allowances and big offices, yet the commission has not conducted a census in the last 13 years. It doesn’t even have reliable data on births and deaths.

The National Boundary Commission (NBC) is also another national joke. There are members of the commission who only remember that it exists either when they’re drawing their allowances or when they’re sending their wards or cronies to get jobs or contracts from there.

What’s the point creating new commissions from INEC that will do the jobs of the NPC, NBC or the NIMC except to multiply incompetence?

If these three agencies alone can do their jobs, while citizen’s vigilance and conscience compel the security services to play a professional role, INEC’s burden would be significantly reduced.

The setback of last week should be a watershed moment to implement far-reaching reforms, from inside out, after Saturday.