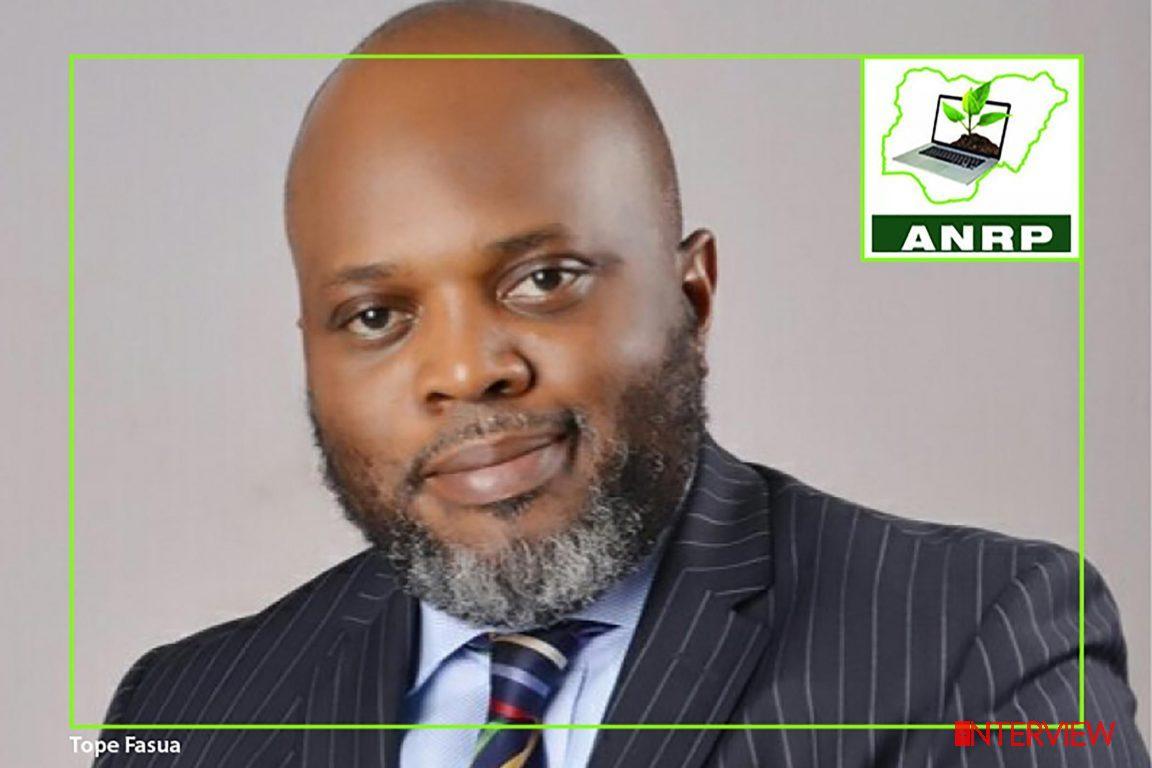 In this interview, the presidential candidate of Abundant Renewal Party, Tope Fasua, says he has confidence in INEC, though the postponement of the 2019 elections has extended his misery for another seven days.

A few hours to the elections, INEC postponed the elections citing logistics and operational reasons as excuse. Do you see this decision affecting the outcome of election in any way?

I think it certainly will alter the dynamics and hence the results. But it could go anyway. I believe it will work for guys like me because we will use this event as evidence that these old guys are unable to do anything right.

The logo of my party – ANRP – is a computer and we will be letting the world and Nigerians know, that we are the tech party and technology can fix many of these problems that INEC is talking about. I recall that the last elections were collated manually and it took the then INEC Chairman up till 3.30am to get the correct results.

This is something that Microsoft Excel will do in nanoseconds. Many other party chairmen are also analogue in nature and thinking and would have questioned figures collated on Excel rather than get their younger party members to crosscheck.

All these things have to change. Nigerians are asking now, why they cannot vote anywhere since they are already used to using ATM cards everywhere. These are what we are prodding the INEC to wake up to. So, this could work for me, but if the next seven days is used to strike deals and rig elections, then INEC would have just delivered us into the hands of these so-called big parties who have financial arsenal.

As a candidate, I am still getting calls by party agents and those whom we had mobilised. It costs a lot of money. I thought I would have exited that trouble after today, but my misery has been extended by seven days.

On the surface, the postponement of election should give both INEC, candidates of political parties and electorates more time to prepare for the election. Would it affect your candidates differently?

I raised a question with the INEC chairman about the issue of expenses we have borne. He equated my question with party funding. We are not asking for funding, but he must understand that INEC runs what is called counterparty risk.

This is the risk that someone’s problem cost you money or other things, or that your own problem causes someone else trouble. As a candidate, I am still getting calls by party agents and those whom we had mobilised. It costs a lot of money.

I thought I would have exited that trouble after today, but my misery has been extended by seven days. I had visited about 33 states before now. If I could, I should dash to the three states I hadn’t visited but where do I get the funding.

I lived the last few weeks with my heart in my mouth. So that time is not just there, like a vacuum. It has to be filled with something.

In 2011, INEC postponed the election after voting had commenced in some part of the country due to logistics issues in other parts of the country. In 2015, the election date was also postponed by six weeks based on security reasons. Now some are calling for INEC chairman’s resignation. Do you support it?

I don’t support that call, even though I believe INEC should get help and go digital and stop serial postponement. The job of INEC Chairman is a hotwire work. It is all about delivering believable results within very short periods. It is no joke at all.

If you dismiss him now where do you find a replacement in a short while? That is an unreasonable request. I believe Prof Yakubu is trying hard and we should be a little bit more patient for him. Politics is a hard game and the umpire suffers some of the worst badgering.

If INEC goes digital and deploys more tech assistance, we will begin to leave all these inefficiencies behind really. Again, our party logo at ANRP, is a computer and we intend that to convey a message.

With this development, do you still have confidence in INEC?

Well I still do. I think the guys are doing their best, but they can do much better. I understand that a certain big party is putting them under pressure and wants them to stagger the elections.

If they hold elections in a handful of states for now, then the entire security apparatus could be diverted to lock down the remaining few states and help swing the elections in a certain way. I am on that ballot, and I am interested only in a free and fair elections. No influence. No shenanigans.

If INEC actually chose the lesser of two evils by postponing by one week, I am okay with that and they retain my confidence. Much better than throwing the elections to some political party whose name I will not mention now.