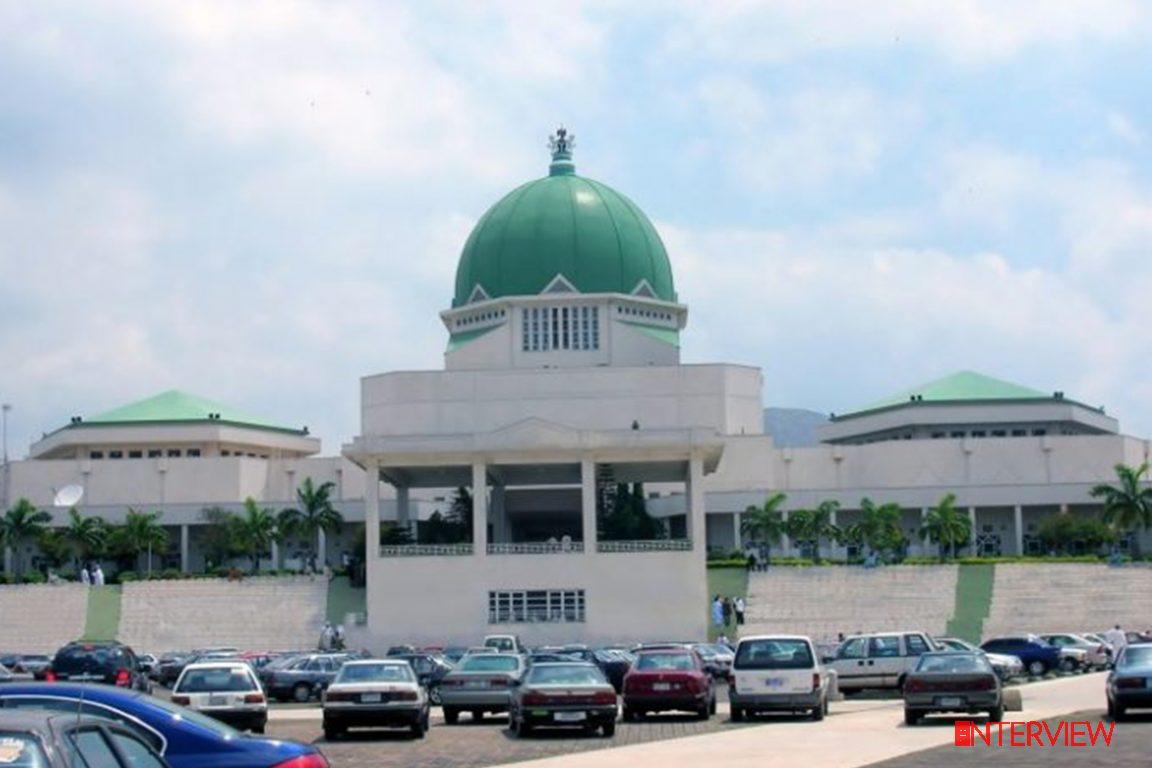 Long before the National Assembly became known more or less as a “fattening grotto” for lawmakers on account of humongous compensation package received, that same arena was once inhabited by not a few actors with slender appetite, even modest taste.

That is the generation that first warmed the seats at the iconic Green and Red chambers at the birth of this republic in 1999; the pioneers who viewed their purpose in Abuja as probably only a little different from a missionary assignment to help get back to her feet, a nation left broken by 16 years of military occupation.

Well, in hindsight, that would now seem the age of innocence.

So, when colossal figures are reported today as monthly salaries of federal legislators, it is only natural that many of the “ancestors” will feel a sense of revulsion.

One of them is Senator Musa Adede, who represented Cross Rivers North between 1999 and 2003. What had begun as a casual chat between the aviation aficionado and this writer in Lagos recently would lead to a trough of revelations about the fourth Assembly, providing practical insights that will surely bring some illuminations to the renewed debate to return the country to parliamentary system of government.

Well, I’ve his consent to declassify the conversation. I choose to render it in a Q and A format, lest his often genial voice is muffled, stripping the message of its intimacy.

Unequivocally, Senator Adede is for a massive review of the current presidential system, if not a wholesale return to parliamentary system: “What I advocate is picking the best of both systems to form what you may call the Nigerian hybrid that is workable and sustainable.”

Having served as the chairman of the strategic committee on Transport of the Senate, the sexagenarian spoke with the authority of an insider, his immaculately white hair radiating a somewhat oracular halo.

As expected, our parley touched the now vexed issue of lawmakers’ earnings. Indeed, Senator Shehu Sani recently confirmed that they cart home staggering N13.5m monthly as “running cost”, beside N750,000 entered as salary. There is another N200m entitlement for “constituency projects”.

Barely concealing his outrage at the figures, Adede reeled out figures senators of his generation earned which sounded relatively like “chicken feed”:
“My salary was N87,000 in 1999 as senator per month.”

How about the hidden allowances?

“With all the allowances consolidated, everything was not more than N220,000 monthly, unlike today. The records are there.”

Having had a first-hand experience of the system as Senator, what is exactly wrong with the presidential model?

“First and foremost, I don’t want to join issues with anyone on this matter. I’m looking at what is practicable in our circumstances. If you look back at 1960 when we had parliamentary system, regions were exporting whatever they had – cocoa, groundnut and palm oil.

“We had lot of foreign exchange relative to our population then. We were just finding oil in Oloibiri at the time. I don’t think our budget was anywhere near what we’re talking about today in terms of size. Industries were working.

“Given our current economic reality and the fact that we don’t manufacture anything in this country, we don’t have infrastructure, no power – and you require power to drive your industry, the time has come for us to tell ourselves the truth based on experience. The presidential system is damn too expensive.

“My worry is the current reality where a legislator is earning tons of millions monthly and his father or uncle or mother or sister who had served this country diligently for more than 35 years cannot boast of s million naira. Something is wrong. In a parliamentary system of government, there is no way you run this kind of scheme and go scot free.

“And so when I read that 71 members of the House of Reps came together to announce their resolve to work towards the actualisation of a return to parliamentary system of government, I was happy. I was relieved that at last some patriots are looking deep and thinking of how to halt this drift because things will only get worse if we continue this way.

“On the one hand, I feel for the members of the National Assembly. I know there are duties they have to perform, some of which are imposed by the federal system. But on the other hand, I feel more for the country because we’re not getting value for our scarce resources.

There is too much waste. We are not producing, but only consuming. So, if members of the house are now able to find courage and say this is no longer sustainable, I think we should take another look at the report of the 2014 conference.

In that conference which I was privileged to serve, we proposed an inclusive legislature that is part-time, to review our current presidential system to be sure we’re benefiting. This is because the world is dynamic, nothing is static. We should be ready to move with time.

Even the US constitution has gone through several amendments. Whatever you think is not useful to the country, you amend. I want us to look at the area of waste, not only at the National Assembly, but across the board.”

By 2000, we had realised that the government had spent billions of dollars to provide power without anything to show for it. That is why in 2001, we decided we were going to investigate the non-compliance with the appropriation acts signed into law by then President Obasanjo. But many didn’t understand what we set out to achieve. They thought we wanted to impeach Obasanjo and derail the nascent democracy. Far from it.

Which is more accountable between presidential and parliamentary system?

“From experience, I can tell you parliamentary provides for more accountability. For instance, take the budget. What the National Assembly spends yearly runs into billions. Yet, the National Assembly is supposed to be a part-time affair. It is not a full-time job. When it comes to accountability, the legislator in a presidential system of government is not quite in control of the resources that go into his constituency.

“The budget is such that even if you are allowed to make suggestion or you go and plead with the appropriations committee that they should take care of your constituency, even if they decide to assist, they have their own limitations.

Take the case of roads, for instance. If your constituency does not fall on federal road, there is no way they will appropriate that funds to you, whereas in a parliamentary system of government, you can make input to assist your local region or constituency directly.

But in presidential system, whatever suggestions you make is still subject to the approval of the executive arm of government. And if they approve, it must fall under federal roads or else there is no way it can be done.

“On the issue of accountability, just look at the way the parliamentary system is practised in the UK. You see how the prime minister is held accountable during question time, for his actions and inactions. Whereas in presidential system, the 1999 constitution as amended gives certain powers to the president that makes him untouchable, that he can do anything he likes.”

Given our current economic reality and the fact that we don’t manufacture anything in this country, we don’t have infrastructure, no power – and you require power to drive your industry, the time has come for us to tell ourselves the truth based on experience. The presidential system is damn too expensive.

How come the lawmakers lament being overworked so much that they award themselves “hardship allowance”?

“You see, in a presidential system of government, the legislature is expected to do so much. When in the National Assembly, you’re representing a federal constituency or a senatorial district. At the same time, you belong to between five and 10 committees.

So, you’ve very little time to devote to matters affecting your own constituency directly. That is why members of your constituency are often upset with you that you’re not coming home to attend to their needs.”

How about the popular view that oversight functions are parlayed into extortionate schemes by lawmakers?

“I held positions in the Senate and as regard all the committees that I was involved in, I can state categorically that I never extorted money from anyone. You can go and verify. In fact, I made sure I fought for the country. I was chairman of the senate committee on transport. I wanted to know what the government was doing in term of port rehabilitation, port decongestion and the training of our seamen. “We thought it unacceptable that despite the vast coastal resources we’ve as a country, we had no viable shipping line. Over the years, bad policies by successive governments had killed our shipping lines. Our patriotic efforts in this regard eventually led to the promulgation of the Cabotage Act signed into law by then President Obasanjo in 2003. Before then, it was difficult for Nigerian players to bid for the supply of crew boat or utility vessels in the oil industry. They would say you didn’t have the vessels or the capacity or the financial muscle. We said no. We insisted Nigerians must participate. That was how we came up with the Cabotage Revolving Fund through the Nigerian Maritime Authority at the time, now NIMASA.”

“I can vouch for the patriotic commitment of someone like Senator (retired General) Ike Nwachukwu as the chairman of the senate committee on power. By 2000, we had realised that the government had spent billions of dollars to provide power without anything to show for it. That is why in 2001, we decided we were going to investigate the non-compliance with the appropriation acts signed into law by then President Obasanjo. But many didn’t understand what we set out to achieve. They thought we wanted to impeach Obasanjo and derail the nascent democracy. Far from it. One, impeachment process is cumbersome and takes time. We only wanted to ascertain the truth and help the system. Once something is signed into law, you’re bound to implement it…”

But isn’t budgeting merely declarative, implementation of which is contingent on resource availability?

“Fantastic question. When the law covering appropriations was being made, the lawmakers anticipated this. That’s why you’re allowed as president to come back to the National Assembly to present a supplementary appropriations bill to take care of unforeseen circumstances. The whole essence is to ensure the sanctity of the letters of the budget, so that our actions are not in vain. Through oversight function, the legislators are able to know what is going on in government agencies and department. So, if the government makes a claim, the lawmaker overseeing the relevant ministries is able to attest if it’s true or not.”

“Legislative oversight ensured the setting up of the excess crude account during the Obasanjo years when we realised that on the continuous basis oil was performing above the bench mark. And if the nation was able to weather the global financial crisis of 2008/2009, it was partly due to the savings from the excess crude account instituted many years earlier.”