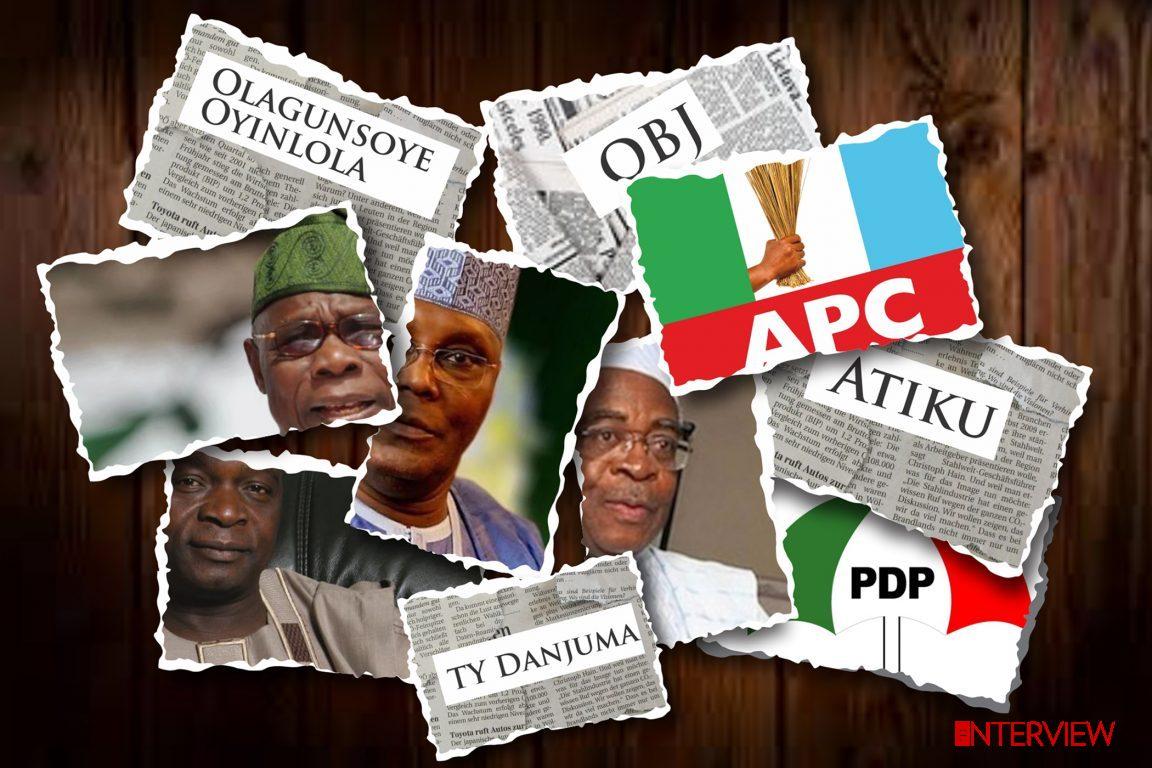 If there’s any time Nigerians expect that money will “flow”, election season is that time. Artistes, comedians, clothiers, traders, suppliers, printers, agencies, media owners, hacks, are all familiar with the modest change in their financial fortunes during elections. Many communities, tired of the cycle of unkept promises, simply ambush politicians who visit their constituencies like the Comet – once every four years!

But this election cycle appears to be different. Even though INEC flagged off formal campaigning over two weeks ago, the harmattan appears quite severe for many expecting a change in the tide. Apart from noises on social media, which cost next to nothing, campaigns and rallies have been few and far between.

The biggest spenders – PDP and APC – have appointed a battery of media and campaign officers with extravagant titles and offices but with virtually nothing to fund them! Suppliers are moaning, agencies are scrounging, and party hacks are boiling: where’s the money?

The word is that the two main parties are playing the cat-and-mouse game. While the APC – banking on its experience in opposition – is waiting for the PDP to spend itself broke before the contest begins, the PDP is hedging, saving its last penny to carry it over the line. Meanwhile, politically exposed business people with deep pockets are afraid to spend. They are watching their backs for EFCC and other security agencies! In the game this time, it is wits, not money, that talks!

…Will INEC postpone?
Still related to the money matter, there are speculations that another possible reason why the PDP is hedging its spending is a suspicion that INEC may postpone next year’s poll from February. A precedent was set in 2015, when the Attahiru Jega-led INEC was compelled to postpone the election by six weeks, for “security reasons.”

The unexpected postponement left the then opposition APC in dire financial straits – one of the intended consequences of the postponement! There were suggestions that if the postponement had continued another few weeks (the law didn’t permit), the APC would have been flat broke, and wheeled off the stage! Is PDP anticipating a similar scenario next year?

Olagunsoye Oyinlola On His Own
The famous Okuku prince is perhaps one of the closest allies of the world’s most restless former president, Olusegun Obasanjo. Indications are that things may not be going very well between falcon Oyinlola and falconer OBJ.

Even though Oyinlola was supposed to be the ADC’s mole in the CUPP, surreptitiously doing OBJ’s bidding to nudge it towards ADC, Oyinlola is running his own show, pressing the alliance towards the PDP, where his heart has always been. His visits to OBJ’s court in Abeokuta have dwindled and the old fox in his lair is quite busy, as usual, hatching an alternative plot. Third Force transmuting into Third Farce? Details coming…

TY Danjuma is ‘my father, my father!’
Wealth has many children, but poverty is an orphan. Out of the 31 presidential candidates for the next general election a number of them are claiming to be godchildren of the multibillionaire retired general, TY Danjuma.

Former deputy governor of the Central Bank and presidential candidate of the ADC, Obadiah Mailafia, is certainly one of them. He got the party’s ticket singing the TY Danjuma-is-my-father pantomime. Well, a pantomime, being a pantomime, the party has since found that TY Danjuma indeed has many aspirational godchildren and none of them has any claim to his wallet! And that includes Mailafia.

The poor fellow’s story became even more complicated when OBJ, the godfather of ADC, endorsed Atiku Abubakar of the PDP for president!

So, why didn’t the Wazirin Adamawa show up? One insider version insinuated that a marabout, likely from the fraternity that predicted he would be president from eons ago, may have told the candidate that Monday was not a good day to go out – much less to be found in a place where he would potentially shake hands with his arch rival, President Muhammadu Buhari! Never mind the detractors. What matters is that he, eventually, showed up – even though his demeanour betrayed the titanic battle raging inside him. Sai Turaki!