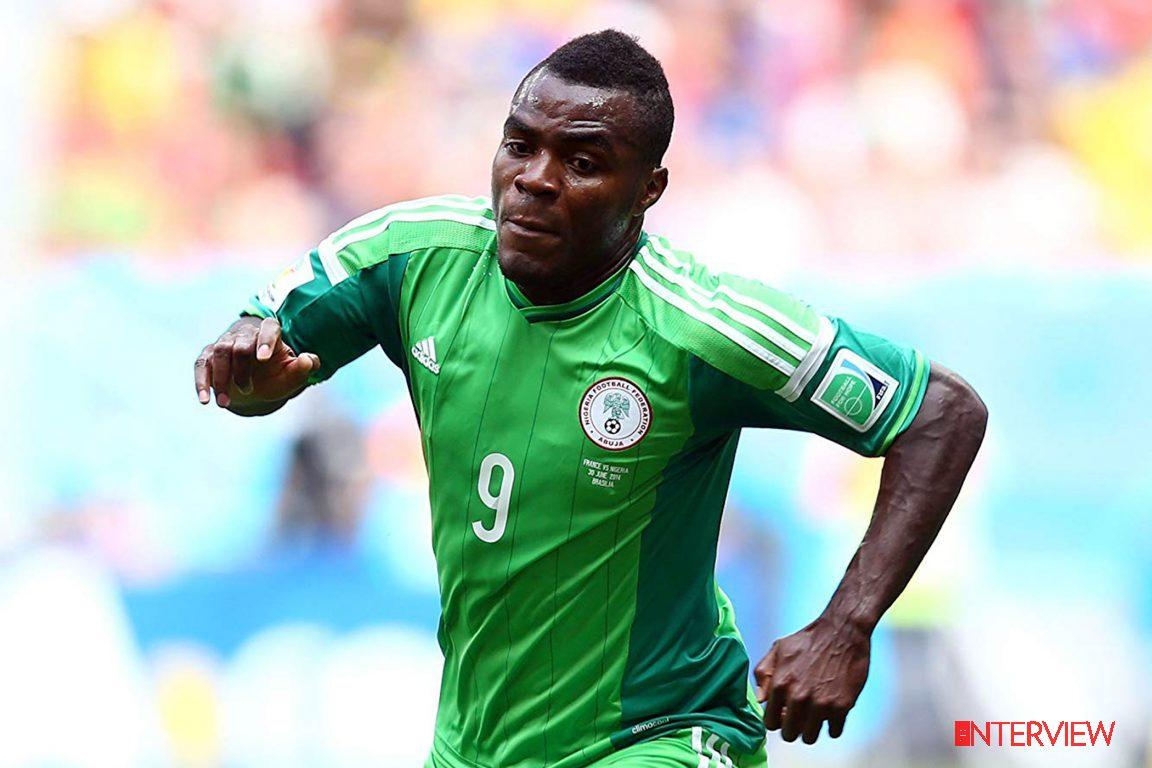 The 2013 Africa Cup of Nations winner and highest goal scorer, Emmanuel Emenike, has charged the NFF to make the Super Eagles players happy as they prepare for next year’s AFCON. It’s frank talk:

You are back in the country for Emmanuel Emenike Future XI, what informed that decision?

It has always been my dream to do something like this. I can’t say I came from a poor background, but also not from a beautiful place. I am doing it for the kids because we have so many talents in the country. I am doing it to help them, and also to make myself happy, because football makes me happy.

What would you like to see in these players?

I want to see good players, who are going to be the future of the country because at the moment, our football is not the way it should be; so we have to start from the kids to groom our players.

We always have to rely on Europe-based players, is this right?

That also informed my decision to do my talent hunt. We have been bringing in players groomed by other countries, who already played to the U-20 level for some of these countries. I want to do what I can to bring out and expose these youths. We need to bring the talents out. I want to see a better Austin Okocha, a better Joseph Yobo, a better Kanu Nwankwo, a better Taribo West, and so on. That’s why we are doing this.

It was revealed recently that you already joined a new club, how true?

I have not joined a new club. The latest about me now is the tournament and I am going to put my all into it. If anyone tells you I have joined a club, then the person is lying.

I want to do what I can to bring out and expose these youths. We need to bring the talents out. I want to see a better Austin Okocha, a better Joseph Yobo, a better Kanu Nwankwo, a better Taribo West

Are we going to see Emenike back in the national team?

I will never come back to the national team. I love my life at the moment. I want to move on; I am done with the Super Eagles.

What are your expectations from the current Super Eagles especially after their qualification for the AFCON, a tournament you won in 2013?

We have good players and the only thing we need now is commitment. These players have to be committed and know that playing for the country is not a joke. I have seen them play and I don’t think we have players playing better than them. The only thing they need to get is belief that they can do it and also hard work because that was what helped us in 2013.

What do you think the Nigeria Football Federation should do for the team to excel?

They know what to do. The players need to be happy. Everything must be good and I am sure they have been doing that but they need to do more for the players to be happy. If we look at the players that won the last World Cup for France, they are mostly Africans, and that should tell us that we have what it takes as a country to achieve greater things if we really put all things in place.

We have good players and the only thing we need now is commitment. These players have to be committed and know that playing for the country is not a joke.

You emerged the highest goal scorer of AFCON 2013 with five goals, what really made that team tick?

We were together as a team, we had coaches who were willing to support us. The likes of Daniel Amokachi, who is my role model, Stephen Keshi (the Big Boss), and other members of the technical crew. Keshi always came to me and told me ‘Emmanuel, you know you are the best striker in the world, no one is better than you’, the way he gave me that belief – he did same to all the other players in the team – that helped us in 2013.

How do you manage pressure during your playing days?

While playing for the Super Eagles, I was not under any pressure. I only got pressure maybe while playing for my club. I usually came to the national team, to play my game, score goals, win games and have fun.

You formed a good partnership with Brown Ideye during your time with the Super Eagles, what was the relationship between the two of you then?

Ideye and I are friends, we were also roommates during the AFCON, we talked a lot, did things together, he encouraged me and vice versa, such really helped us on the field of play and we are still friends till today.