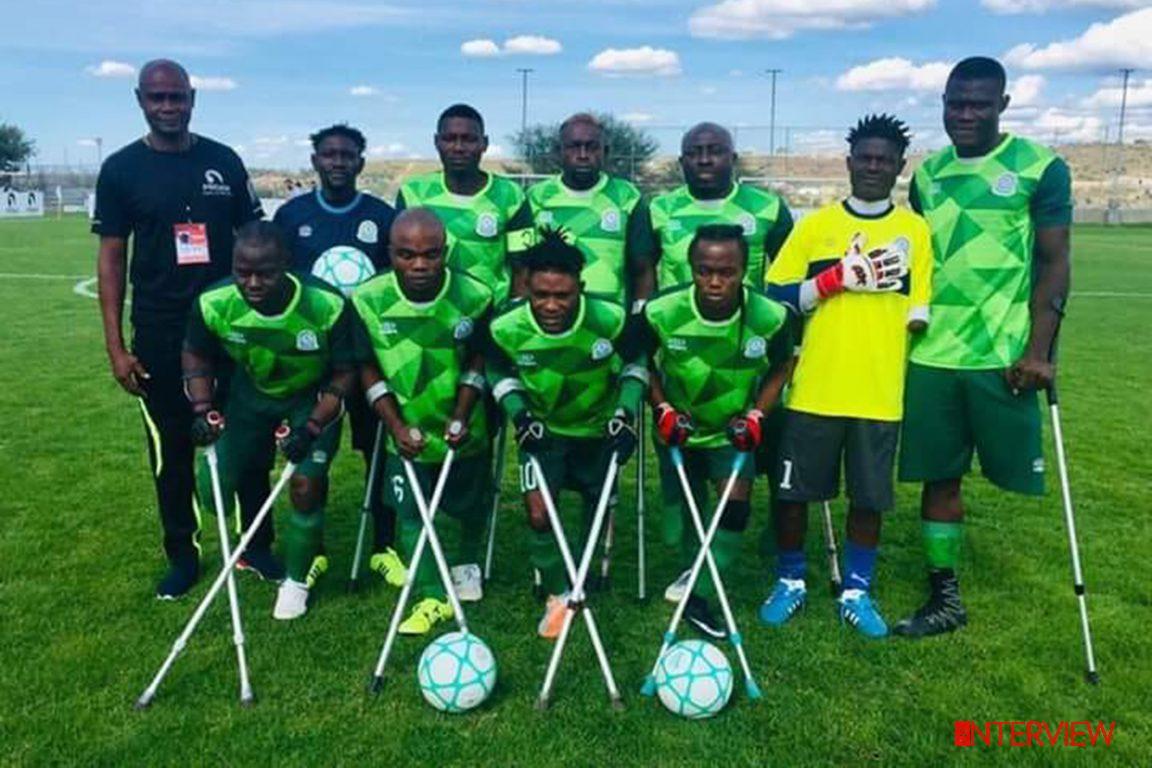 He was part of the National Amputee Football Team that made history at the last Amputee World Cup in Mexico after their failure to participate at the last three editions. According to Turkey-based Sarafadeen Olalekan Oyeleke, playing at the World Cup was a dream come true for him and his teammates. Excerpts…

After missing out of the last three editions of the Amputee World Cup, how does it feel finally making it to Mexico and also winning your first game?

Firstly I will like to appreciate God the most high for bringing me and my fellow players safely after travelling over 55 hours to represent Nigeria at the recently concluded Amputee Football World Cup in Mexico, also I will use this medium to thank all our supporters and donors.

The joy of every footballer is to play at the greatest showpiece in the world, which is the World Cup. I must say I am full of joy to be among the players invited and part of history representing Nigeria at the World Cup in Mexico.

You won just a game with some scandalous result in others especially against Brazil, were you disappointed?

In any sporting event the outcome is either win or lose, but I was disappointed we found ourselves loosing woefully especially to Brazil in our opening game. Brazil had got it all in amputee football and are one of the oldest countries playing amputee football since 1972.

But our loss to them was also not a disappointment because our preparation was not encouraging enough right from Nigeria till we play our first match. I know how amputee football is played in Europe and how the players are taken care of, both mentally, physically, emotionally and many more.

We are talking about an event at the highest level, where the most experienced players are invited to play Amputee football, but I would also applaud my fellow Nigeria Amputee Football players because a majority of them haven’t played at such level but they were able to give their very best.

But we need more in order to show the World we can do it even when missing out on three occasions at the World Amputee Football Cup. We were red carded, got one of our foreign-based players injured and also not having enough reserves for substitutions. All those factors affected our games.

What does playing at the World Cup done to your career?

Having failed to represent Nigeria at three occasions and later making history in Mexico at the World Amputee Football Cup. I felt grateful to God Almighty for seeing me through and giving me the

opportunity to be among the other invited Nigeria National Amputee Football players. I strongly believe it’s the same feelings others are having as well. Because World Cup is the highest dream of a footballer be it able or disable football. So it’s a dream come true in my life and of others.

Could you describe the difference between playing as an amputee and an able bodied men?

What do you want to tell others in your position but who are not doing anything for themselves?

I will want them to see ability in disability and look for something tangible to do with their lives. We have so many special people going into sports, athletics, weightlifting, football and so on, and they have been excelling in their chosen career. Some of us have become breadwinners for our families and if they can do that, nobody will look down on them, rather, they will respect them for what they are doing and able to achieve in life.